Legislators Weigh in on Business Plan for Healthcare Transformation 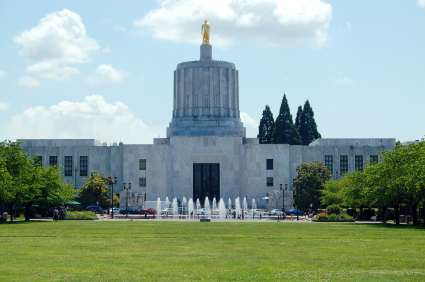 December 15, 2011—Getting legislative approval for a business plan that sets the course for transforming the Oregon Health Plan may not come down to simply a yes or no vote, according to Sen. Alan Bates (D-Ashland) and Rep. Tim Freeman (R-Roseburg), who appeared before the Oregon Health Policy Board on Tuesday.

“There could be a lot of different scenarios that could come up,” Freeman said.

For example, legislators could require the Oregon Health Authority to come before its Emergency Board to provide updates. That board, comprised of 20 representatives and senators, meets while the Legislature is not in session and often deals with budgetary issues. Legislators could also decide not to release funding for these CCOs until certain conditions are met.

“We will do the work necessary to move the process forward,” Freeman said, adding that the Legislature needs to feel “comfortable” when it approves the business plan.
Both Freeman and Bates also made it quite clear that they want the existing managed care plans that provide healthcare to the Oregon Health Plan population to be part of the business plan and be fast-tracked to participate in the emerging coordinated care organizations.

The Legislature must approve the business plan—which will define a coordinated care organization (CCO) and how it will integrate physical, mental and dental healthcare—during its February session. Once that plan is approved, the Oregon Health Authority will seek federal waivers, and begin soliciting proposals from healthcare provider groups and insurers. These CCOs are expected to become operational in July.

Freeman and Bates anticipate the Legislature will give the go-ahead in February, particularly because of the projected $239 million savings for the Oregon Health Plan next fiscal year.

Freeman said it’s essential that the business plan have bipartisan support, given the 30-30 Democratic and Republican split in the House, and the Democrats razor thin majority in the Senate. Freeman and Bates are not sure that the business plan will have the same bipartisan support House Bill 3650 had when it passed the Legislature earlier this year. It passed the Senate unanimously, and only one House representative voted against it.

There’s tremendous support around the state for transformation, but keeping legislators engaged in the process is critical, Freeman told the board, so they don’t put the brakes on.

Bates said it will be important to have a “fast track” and a “slow track” for organizations interested in becoming CCOs. “If we don’t have the ability to move these forward quickly, we’re going to have some real problems,” Bates said.

In his testimony, Freeman was fairly explicit when explaining what he expects to see in the business plan. “It’s important that we start talking about examples,” he said.

When it comes to the governance board for CCOs, Freeman believes at least two people should be community members, and said that each CCO should be required to have a community advisory council. “Key to making this successful is that those people receiving care have a voice in how that care is delivered,” he said.

That council should have representation from county and local government, as well as consumers who may not be on the Oregon Health Plan. “There might be a role for people who are taxpayers,” he said.

And, that council should have regular, public meetings, create a wellness plan to “tell CCOs how well [it’s] programs will work,” and develop an annual “Health of the CCO” report

The overall business plan for these CCOs shouldn’t be too prescriptive and have too many requirements, Freeman added. “It’s got to be developed from the community.”

How can they project that

How can they project that CCOs will "save" a quarter of billion dollars next year when they don't even know what the CCOs will be or do yet? And that is even assuming any managed care plans are able (or willing) to become CCOs starting on July 1. What happens if July 1 rolls around and... wait for it... nothing happens?

Don't worry about July 1. I'm sure Providence and Kaiser will be willing to roll it out. Oh, but not for the benfit of the their miniscule Medicaid populations, but knowing that that the more lucrative OEBB and PEBB populations will soon be rolled in. K

Even the most progressive

Even the most progressive health care leaders in Oregon have been highly skeptical about the State’s ability to create “savings” from a healthcare transformation plan that is still in the design stages. In part this is due to the time-frame: to expect the state budget to benefit from “transformation” by 2012 never seemed realistic. Add that Oregon’s healthcare market place is already considered among the most efficient in the nation, and the prospect of savings seemed more hopeful than practical. Irrespective of the state’s time-frame however, Oregon healthcare providers have already been making the changes that will lead to the healthcare system of the future, investing in electronic medical records systems, and building medical homes that will lead to better patient outcomes. But these changes require capital and human investment---and as most healthcare leaders will acknowledge, you can’t cut your way to transformation. But even before such transformation savings were outlined, Oregon’s payment levels for Oregon Health Plan services were already so poor that hospitals and other providers were losing money on every Oregon Health Plan patient they served. Yet it was from this level, the governor’s budget cut 20% out of state support for the Health Plan in 2011, and in 2012 these “transformation savings” will result in an additional $640m loss in OHP funding. These cuts are already resulting in reduced access to healthcare for the poor, and the loss of family wage jobs in hospitals and clinics throughout Oregon. It is time to take a fresh look at our transformation goals for health care in Oregon.