Financing Healthcare from Around the World

Think of a national Kaiser Permanente with a delightful foreign accent
By:
Patrick White, PhD 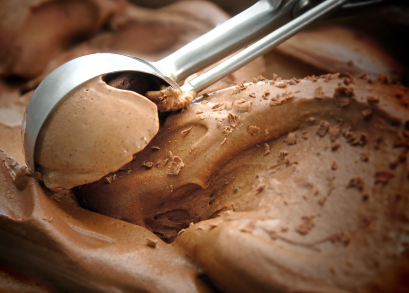 May 21, 2009 -- Our healthcare system is morbidly obese. We outspend by at least two-to-one every other comparable country and still manage to underperform. The industry’s latest promise to trim an amount equal to less than 10% of current annual spending each year for the next ten years barely nudges that ratio. Our system serves as the world’s model for what not to do.

So why does it seem just about everyone wants to feed it more even though they vow to cut down? Is this what is meant by friends who sabotage? With more it will be possible to insure children, the very poor, the sort of poor, the unemployed, the mentally ill; to evidence the best treatments; to electronically coordinate care… Exactly how does ingesting more make slimming sense? Is this the kind of diet magic you see advertised on TV in the wee hours of the morning? “Eat anything and everything you want and still lose weight. Pizza? Yes! Fried Chicken? Yes! ICE CREAM? OH, YES!”

I don’t run into many locals who claim to know a lot about the diet secrets of healthcare systems in other countries, which is surprising given the state of our own. You’d think all the folks whose mission is reform would be seriously curious. Yet many people have strong feelings about those slimmer systems. The rosy-colored-glasses vision is of a megalithic yet stealthy public single payer providing healthcare coverage for everyone. (Think of a national Kaiser Permanente with a delightful foreign accent.) Universal access makes consumers happy by and large. The public single payer efficiently gathers revenue and reimburses providers who, by and large, are happy also. They’re happy because they focus on providing evidence-based, life-saving health promotion and disease prevention in an EMR-coordinated delivery system that gives primary care precedence over specialty and tertiary care. Alas, primary finally is not secondary!
What a crock.
Healthcare systems in other countries are diverse and struggle with many of the same problems we do and some we don’t. Even with universal mandates, payers must track contributions and members because everyone is not delighted to be mandated; the biggest chunk of spending is for hospital care of their aging complex chronically ill; specialists are favored over generalists by consumers and payers alike; there are waste, fraud, wide practice variations, poor quality, lack of coordination, and problems with safety, waits, and debt. And yet many of these diverse systems with their lumps and warts manage to produce health as good as or better than we do at half the cost. How? There is no single answer or magic recipe, but those trim foreign systems live different lifestyles with built-in calorie resisters like a greater share of public spending, fewer payers, spending limits, rational rationing, and an entirely different purpose --- to finance rather than insure healthcare.

Like other industrialized nations, the public sector is the big healthcare spender in the U.S., accounting for about 5 of every 10 dollars. But in Japan, Sweden, the UK, Germany, France, Canada, and Australia, very different types of governments are responsible for 70% to 80+% of spending, a much higher share. In svelte healthcare systems, funding is much more concentrated in the hands of the government. There is tremendous diversity in how public monies are spent in these countries. Heck, they may be spent by private payers. But if you’re an advocate of evidence-based medicine, there is overwhelming evidence that a preponderance of public financing is very slimming.

Lean healthcare systems have many, many fewer payers than the US. I wish I could say one payer is enough. It would make this much shorter. A single payer of a common benefit eliminates the need for insurance sales and marketing departments, brokers, advertisers, product designers, raters, underwriters, complex computer systems… More than half of what we think of as insurance administrative cost just disappears. Imagine the savings of having just one streamlined insurer. Unfortunately some well known countries with single payer systems have concluded after years of practice there is not much incentive to be the only efficient payer.
These countries are carefully adding payers, trying to enhance efficiency by encouraging managed competition. They’re convinced the waste of a single payer is greater than the costs of a few. Keep in mind the number of payers is increasing from one to several, not several hundred. No country aims to replicate private market competition Medicare-Advantage-style, with 50+ options in the Portland Metro area at higher-than-regular Medicare tax payer prices. No country aims to replicate the chaos for Medicare Advantage consumers who have to try to figure out 150-page plan comparison reports. No country aims to replicate the very lucrative margins captured by many Medicare Advantage private insurers. In healthcare, the U.S. has become a caricature of private market competition, turning choice into an expensive joke that confounds and confuses. The overwhelming evidence from around the world suggests lean healthcare systems have many fewer, organizationally simpler payers than the US, but not a single payer necessarily.

Each year the amount the government spends on healthcare has a clearly defined limit; it is closed-ended, determined by political feasibility. It is not the result of requests from many different payers to a multitude of individuals and groups based on actuarial predictions and whatever the market will bear. Think about the implications for weight control when 80% or more of a country’s healthcare spending is set in concrete. There is no option for payers to decide to spend more and then devise a way to raise more cash. And payers know political feasibility pretty much rules out the chances of windfall funding increases for next year. It turns out fiduciary discipline can be very, very slimming.

In trim systems, the payer’s annual budget trickles down through the layers, eventually getting divided into monthly provider budgets. While most providers earn more the more they do, all providers know once they’ve earned their monthly budget, they will get no more -- no matter how much more they do. In best practice, this ceiling forces triage choice making. For example, if a hospital treats more urgent cases this month, it must delay more elective cases to the next. Yes, less sick people wait behind sicker people. Evidence suggests this kind of choice making results in better health outcomes overall than the market survival-of-the-fittest approach we prefer. Consider our uninsured ill are 3.5 times more likely to donate organs than people with insurance, but the uninsured are much less likely to get organs (< 0.1% the rate of the insured) because their ability to afford expensive post-transplant treatment is questioned. Medical need has little to do with our kind of rationing.

Elsewhere most payers finance rather than insure healthcare. Yes, many national funds call themselves insurers, but they aren’t, really. This may seem like a semantic difference but it’s much more. Unlike true insurers, most healthcare financers abroad do not take on open-ended financial risk. They are not on the hook to spend more than their yearly budget when providing promised benefits. There is no need for a warehouse of savings, so they don’t accumulate and manage big reserves. The income earned from reserves is one more source of spending stopped. If there is a spending emergency, the public sector can raise funds the way public sectors do. This closed rather than open spending possibility creates an entirely different mental set for all participants: providers, consumers, and payers. In systems that insure there is no defined end to spending. In systems that finance, endless spending is impossible.
As with most weight control challenges, what stands in the way of a slimmer U.S. healthcare system is our heads, not our stomachs. Americans like market systems, not because we are illogical ideologues, but because over and over we have experienced private markets work. Markets should incent enterprising initiative and innovation, promote efficiency and nimble flexibility, and fuel consumer choice. Instead our healthcare system is cumbersome, lethargic, inefficient, and highly resistant to change. We spend embarrassingly more for less.
We’re awfully lucky to be rich. We’d never choose to pay more than twice the price for less health if we weren’t.
Patrick White is a healthcare economist.
May 21 2009
News source:
The Lund Report
Keywords:
single payer, obesity, cost, universal access, evidence based

The mystery of why we are

The mystery of why we are twice as expensive as others is rather simple: the participants deriving a living from health care in the United States, collectively take out twice as much money. Almost all health care can be related to someone's take home pay. I am not aware of any good comparative income data, but I would take a wild guess that a staff nurse at Legacy, the typical oncologist, hospital administrator, physical therapist do far better than their counterpart's in London. If salaries and benefits = health care costs, and we don't like the results, difficult to escape the conclusion that the strategy(s) must control those outputs either by market or regulatory intervention. Do you know any leaders willing to stand up and call for across the board symetry of personal income with any of these other, grass is greener, countries? Why make something profound rocket science when it is simple?