Years After Its Ban, Lead Paint Exacts a Toll on Human Health 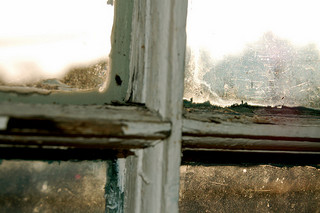 October 16, 2012 -- In 2005, Tamara Rubin, her husband and four children were living in the Irvington neighborhood in northeast Portland, in a home that had been placed on the National Historic Registry. She and her husband decided to repaint the home and restore it to its original integrity, so they refinanced the home and started interviewing contractors.

One said he couldn't work on a house that age because he wasn't lead safe certified – which was the first time Rubin had ever heard that contractors need to be certified to remodel homes with lead paint.

The first contractor to say he was certified and insured got the job, Rubin said, but she didn't think to ask to see his license. Later, she learned, the contractor had actually taken and failed the Environmental Protection Agency's Lead Safe Certification test – twice.

The contractor removed paint with a blow torch, and Rubin's two youngest children soon became violently ill, with gastrointestinal stress and headaches. Pediatricians at Kaiser told her as long as they didn't have a fever all she had to concern herself with was keeping them hydrated.

When her three-year-old son woke up in a pool of feces – after showing other symptoms for a month – Rubin took him to urgent care, where they ran extensive blood work and he tested positive for low levels of lead exposure. It was only then that she made a connection between the children's symptoms and the remodeling project.

She decided to get her younger son, who was then eight months old, tested as well, and discovered he had a blood level of 16 micrograms per deciliter.

“They said, 'You've got to get out of your house immediately. Go with the clothes on your back,'” Rubin said.

Most people have heard about lead poisoning, and what they know goes something like this: for decades lead was added to many brands of paint, to speed up drying, increase durability and resist moisture that caused corrosion.

Then, the story goes, in the 1970s lead was taken out of most brands of paint because of the dangers to children: long-term problems included brain damage causing reduction in IQ and cognitive delay, as well as serious behavioral issues. Acute reactions to high quantities of lead could cause convulsions, rashes and gastrointestinal distress. Both types of problems were mostly seen in low-income, minority communities, and they developed because children were eating peeling chips of paint.

In 1978, lead was banned for use in paint used in residential homes by the Consumer Products Safety Commission. Leaded gasoline was phased out of use in the decades that followed, as the environmental and health hazards of exhaust from leaded gas were a matter of concern, at least for consumers driving regular automobiles (it's still permitted for use in tractors, classic cars and motorboats).

That's the conventional wisdom: lead and its attendant environmental and public health risks are a thing of the past, or a problem of very poor communities in badly deteriorating homes.

But communities in Oregon and elsewhere continue to pay the price: the Oregon Environmental Council assesses the cost of lead, in lifetime earning potential, at $878 million, based on an analysis comparing data on the average reduction in childhood IQ after lead exposure and data that correlates IQ with earning potential.

That doesn't touch the costs borne by increased burdens on the educational system – with more children needing special education classes – or the medical costs, Rubin said. Rubin's younger children still have major behavioral and learning difficulties, which she has chronicled in a film, MisLEAD: America's Secret Epidemic, which also addresses the history of lead and its ongoing effects nationwide. Still fundraising to finish the move, Rubin has also formed the Lead Safe America Foundation, a nonprofit dedicated to raising awareness about the lead problem.

“Most pediatricians don't know anything about it,” Rubin said.

Dr. William Lambert, an OHSU epidemiologist who spoke at the Tri-Regional Lead Conference in Portland in September on the health effects of lead as well as how to effectively screen for it, said children on Medicaid are three times as likely to have elevated blood lead levels, but have lower screening rates and are less likely to receive appropriate medical and public health case management.

Lambert serves on the board of the Josiah Hill III Clinic, which provides free blood-lead screening for children in the Portland area. In addition to researching the prevalence of lead poisoning, Lambert has also focused on finding out why people may refusing free screening if it's available to them.

One is that parents may not be aware of the prevalence of lead in their environment, or the dangers it poses – particularly where there’s a language barrier. Another is that the test itself is painful. It requires a blood draw, and mothers walking with their children at a health fair or community event where blood-lead testing is offered may be gung ho in theory, but ultimately decide they just want to enjoy the day, and not deal with the resulting tears after the needle prick.

Another barrier may simply be the lack of available follow-up care, Lambert said, noting women are less likely to get Pap smears if they don't have a place to go for follow-up care should they receive an abnormal result. Coordinated care and electronic medical records should help mitigate that in the years to come, Lambert said, as more Medicaid patients have a medical home and providers gain more consistent access to their patients' health histories.

This story is part of a series on the health effects of lead poisoning. You can reach reporter Christen McCurdy here.

Image for this story by Kacie Lambert (CC BY-NC-ND 2.0) via Flickr.