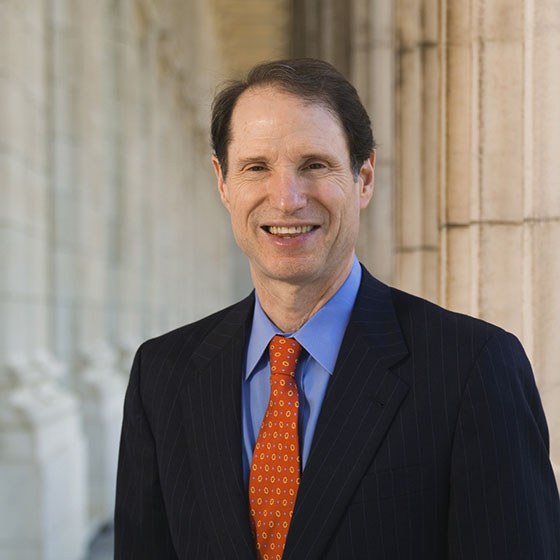 WASHINGTON – Senate Finance Committee Ranking Member Ron Wyden, D-Ore., today introduced legislation that would, for the first time, require Pharmacy Benefit Managers (PBMs) in Medicare to disclose their aggregate rebates provided by drug manufacturers, as well as the amount of those rebates that are passed on to health plans, therefore lowering prices for people who need prescription drugs.

“Today is the first step of an effort to lift the veil of secrecy about prescription drug prices,” Wyden said.  “More and more, Americans are beginning to wonder whether prescription medicine will be available and affordable for their families, and there is little information about why these drugs are so expensive. This bill will shine a light on this opaque industry and promote competition to bring down the cost of prescription drugs.”

The bill, the Creating Transparency to Have Drug Rebates Unlocked (C-THRU) Act, would take several steps to improve transparency and ensure people in Medicare receive a fair share of rebate savings. It would require PBMs to disclose the aggregate amount of rebates they receive from pharmaceutical companies, and what proportion of those rebates go to Americans in Medicare. These disclosures would be publically available on CMS’s website.

After two years of public reporting, the legislation would then require a minimum percentage of rebates and discount to be passed from a PBM to a health plan, which will lower premiums or other cost-sharing amounts paid by patients. The bill would require cost-sharing for Part D enrollees to be based off the negotiated price of the drug as agreed to by the drug manufacturer and PBM so that Part D enrollees fully benefit from discounts and rebates provided by drug manufactures.

C-THRU comes as PBMs, which are entities that negotiate on behalf of health insurers and employers with drug manufacturers, have become an increasingly concentrated market with three companies dominating market share.  Over recent years, the size of rebates has also grown.  In 2010, rebates accounted for about 11% ($8.7 billion) of gross drug costs in Part D.  In 2015, total rebates grew dramatically, making up 17.2% ($23.6 billion) of gross drug costs.

Financial incentives in the current drug pricing system reward high drug prices.  Manufacturers set launch prices of drugs and obviously benefit from a high initial price.  Less obvious to the public is that PBMs also benefit from a high price, because the higher the price, the larger the share of rebates negotiated by the PBM – maximizing their potential revenue.  Unfortunately, these financial incentives run counter to that of the patient and the Medicare program.