Many Groups Participating in FDA’s Opioid Prescribing Workshop Have Received Substantial Funding from Opioid Manufacturers or Have Other Ties
By:
Taylor Harvey 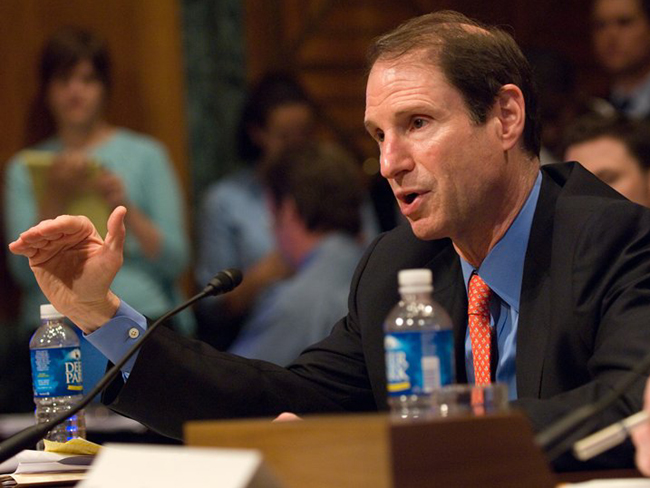 Washington, D.C. – Senate Finance Committee Ranking Member Sen. Ron Wyden, D-Ore., today announced a letter to Department of Health and Human Services (HHS) Secretary Tom Price requesting he delay a Food and Drug Administration (FDA) workshop set to take place Tuesday and Wednesday of this week until the department can conduct a full conflict of interest review of organizations participating in the workshop who have extensive financial ties to opioid manufacturers.

“The apparent financial relationships between opioid manufacturers and pain advocacy groups participating in the workshop raise serious conflict of interest concerns that could undercut efforts to curb over-prescribing,” Wyden wrote. “Given the relationships between manufacturers and the participating pain groups, I request that you delay the workshop until HHS can conduct a full conflict of interest review of all proposed participants.”

Wyden’s letter asks Price to delay FDA’s workshop, “Training Health Care Providers on Pain Management and Safe Use of Opioid Analgesics – Exploring the Path Forward,” set to take place on May 9th and 10thin Silver Spring, Maryland, until the department can conduct a conflict of interest review of groups involved in the workshop. Groups cited in Wyden’s letter as having significant financial connections to opioid manufacturers include:

Opioid misuse has become a national crisis in recent decades, with tens of thousands of Americans dying from overdoses every year. The sales of prescription opioids have nearly quadrupled in the U.S., between 1999 and 2014, and as Secretary Price noted in recent remarks at the National Abuse and Heroin Summit, the prescribing practices of medical providers treating pain has contributed to the opioid epidemic now facing the country. Additionally, spending on treatment for opioid use disorder, including by federal health programs such as Medicare and Medicaid, has dramatically risen in recent years, and is expected to reach $42.1 billion in 2020, up from $24.3 billion in 2009.

Wyden has sent multiple inquiries into conflicts of interest at federally-supported pain management efforts, including the Interagency Pain Research and Coordinating Committee (IPRCC) and the National Academy of Medicine (NAM).

The full letter can be found here.