Members think doulas could be easily integrated into services
By:
Amanda Waldroupe

February 29, 2012—A workgroup charged with studying how doulas could be incorporated into the Oregon Health Plan told legislators earlier this week that doing so could help improve birth outcomes, particularly in minority communities.

Last year, the Legislature passed House Bill 3311, which required the Oregon Health Authority to investigate how doulas and other community health workers could improve the birth outcomes of underprivileged and underserved women.

Oregon’s infant mortality rate among African Americans is 9.4 per thousand, compared with 5.5 per thousand in the Caucasian population, according to statistics from the Oregon Public Health Division. 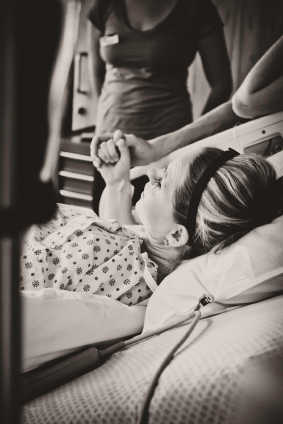 African American infants, according to the Urban League of Portland, are twice as likely as Caucasian infants to be born with low birth weight. And the March of Dimes gave Oregon a “C” grade in 2010 for having an immature birth rate of 10.1 per thousand, compared with a national average of 7.6 per thousand.

The report developed by the Oregon Health Authority and the workgroup concurred. “Oregon Health Authority data clearly demonstrate a consistent pattern of disparities in birth outcomes between women of color and the Non-Latino white population regardless of geography or payer. As Oregon‘s population grows and diversifies, it is essential that these disparities be addressed.”

Doulas can be used to decrease health inequities in Oregon’s birth outcomes, according to the report. “Additionally,” said Tricia Tillman, the director of the Oregon Health Authority’s Office of Equity and Inclusion (formerly known as the Office of Multicultural Health and Services), “the committee found doulas would be an overall strategy to improve birth outcomes funded by both Medicaid and private insurance.”

“We expect this would result in healthier births for women and their children, while mitigating the long term costs of poor birth outcomes,” said Amelia Psymthe, director of the Breast Feeding Coalition of Oregon.

The easiest way to incorporate doulas into the Oregon Health Plan, Tillman told legislators, is by pursuing a waiver from the Centers for Medicaid & Medicare Services allowing doulas to be reimbursed for their services. Doulas may be “a new healthcare workforce that we haven’t paid much attention to,” she said.

The report also analyzed how doulas were used in Chicago, Pittsburg, Minnesota, Michigan and Texas

Doulas are birth coaches who provide emotional support to a mother during pregnancy, birth and immediately after giving birth. They can help women by being a sounding board, provide service referrals, help women navigate the healthcare system, and educate them about their pregnancy experience and being a mother.

“They are very effective, especially when it comes to working with different cultural communities,” said Rep. Lew Frederick (D-Portland), who co-sponsored House Bill 3311.

“Doula care is a place where an ounce of prevention is worth a pound of very expensive cure,” Psymthe agreed.

According to Shafia Monroe, the executive director of Portland’s International Center for Traditional Childbearing, which trains doulas and is a member of the workgroup, there are approximately 150 doulas working in Oregon.

Currently doulas don’t play a major role in Oregon’s healthcare system. Like midwives, they aren’t required to be licensed, and aren’t trained or certified by the state. Doulas use the fee-for-service model, and insurance companies rarely provide coverage.

Frederick said the workgroup’s research met the expectations set out by the bill, and that the research will form the basis of any legislation that might be pursued in the 2013 session.

Psymthe believes it will be fairly easy to begin incorporating doulas into the healthcare system. “We already have a lot of the criteria that we need,” she said. “We know their scope of practice. We know their training, and we have provider and billing codes.”

She said doulas could play a similar role to community health workers, who visit chronically ill patients at their home and that doulas could also become part of the patient team at hospitals that provide bundled care for pre-natal and birth care.

Thank you for your coverage

Thank you for your coverage of maternity care - please keep it up. Maternity and infant care are the most expensive hospital condition in the United States - $98 billion in 2008. The US spends more than any other industrialized country on maternity and infant care. The outcomes do not support this spending. Any discussion of improving the healthcare delivery service must focus on interventions along the lines of increasing access by women to doulas. Let's hope 2013 will bring well-conceived legislation to make this a reality for Oregonians.

Since the system in Oregon

Since the system in Oregon has failed miserably in regulating midwives why on earth would the state want to add another unlicensed and unregulated profession? The state would have to set up a board to oversee the doulas and mandate their education and training. So far they have been tragically unable to regulate midwives and there have been numerous preventable infant deaths and injuries. I see this as another way to short change the public by paying for undereducated care in an attempt to save money, not precious infant lives.

Regulation does not mean that

Regulation does not mean that there would be lower mortality rates. It is unfortunate that these deaths have occurred, but what about the mortality rates from hospital births? Compared to other nations (Europe primarily), US has really high rates for maternal and infant mortality. Europe also has a high number of home births compared to the US and still have a better outcome in the health of moms and babies. Doulas provide emotional and physical support to moms and their birth partner. They do not perform medical tasks or make decisions for the mom. They are a sounding board and can help formulate questions to ask the medical professionals. It is been proven that having a doula present in a birth: 50% reduction in the cesarean rate 25% shorter labor 60% reduction in epidural requests 40% reduction in oxytocin use 30% reduction in analgesia use 40% reduction in forceps delivery These are all great things and should be covered by insurance companies. To say it is uneducated care is simply ignorant. Most doulas go through extensive training to become certified and are held to high standards by the organization they represent.

Where is the proof of the

Where is the proof of the numerous preventable deaths and injuries among the cpm community??

I would point out that the

I would point out that the system has also failed miserably in regulating doctors in the area of childbirth and postpartum care. We have Caesarian rates approaching or exceeding 30% nationally and locally, and yet our infant and maternal mortality and morbidity figures trail the rest of the industrialized world consistently. Unnecessary and potentially harmful interventions are utilized as a matter of course, including early inductions, arbitrary limits on length of labor, and continuous fetal monitoring, where simple expedients like laboring in water or using upright birthing positions are ignored or even discouraged. Doulas provide labor support, education and advocacy for informed consent, client empowerment, and plain old common sense. They are not medical professionals but they know labor and birth intimately, sometimes even moreso than the medical professionals who are managing the birth. Given the dismal results we are getting with the current standard of care, having doulas receive reimbursement is an inexpensive and proven effective way to help turn us in a different direction. I'm proud of the workgroup for making this recommendation and fervently hope it is implemented. We will all benefit as a result.

There are different types of

There are different types of midwives CNMs are not under-regulated. CPMs on the other hand may well be.

In every other developed

In every other developed country in the world, Midwives and Doulas are achieving VASTLY superior birth outcomes to the US medical system. The data in undeniable, look it up. By investing in these types of services, it raises the standard of the professions and benefits everyone. Calling Doula services "uneducated care" is simply ignorant.

I have taken both birth and

I have taken both birth and postpartum doula training, cared for moms and believe the practice is helpful. The training is severely lacking however and I would say that it is uneducated. It's still a good idea. They just need to make a lot of improvements to it to insure mom's are getting the very best possible. A weekend course and some very one sided reading material is not enough. Doulas themselves often are diluted on what there education and scope of practice is. It is under-educated care. It's not a bad thing to acknowledge there is a lot of room to grow.

for those readers unfamiliar

for those readers unfamiliar with the term "Doula" and looking for some clarification of what they do and how they help. http://www.dona.org/mothers/

Thank you! Having received

Thank you! Having received extensive training to become a homebirth midwife, I found that I enjoyed serving the hospital population as well and have focused my services on being a doula. I have also felt strongly that the immediate postpartum period, and the early pregnancy period, are such critical periods of mothering that could be addressed and could affect birth outcomes. As a doula, it is an important time to be present for the client and is a very satisfying experience when you are appreciated, and compensated, for your role.

We specialize in Doula

We specialize in Doula Training all around Australia. Part of our goals is to be more involved with the public health system and have our course endorsed by a major midwifery organization. We would also like to see doula services being made available to aboriginal communities. http://whiteowlbirthing.com.au/2012-doula-training/

Thank you Representative Tina Kotek for sponsoring the bill, and Representative Lew Fredrick for supporting it and advocating. And thank you to all the doulas, those who signed on with OCIBO, ICTC members, Sistah Care girls and others for coming to Salem to testify. We Rock! Coming from a country in Europe where this care is provided through health insurance during and after birth I really think this is a great step forward. Hopefully this is a good start in the right direction and other states will follow. A doula in New York.

I agree with those who have

I agree with those who have made a distinction between different types of midwives. Certified Nurse Midwives are educated in accredited schools, certified by a national board, licensed in every state in the U.S.and now need a Master's degree to practice. You show your ignorance by lumping all midwives together.

Someone caring to focus on

Someone caring to focus on the Mom is critical! Doctors and midwives are focused on the baby, Dad is focused on his camera, and the delivery room nurse is focused on the monitoring equipment. A skillful doula should be mandatory at every birth!

Also Naturopathic Midwives are trained both as primary care physicians and midwives, and licensed in both. They are not unregulated. Where's a fact-checker when you need one?

Where is the proof that there

Where is the proof that there are many deaths and injury among the cpm community????

I love that Oregon might add using a doula to their health care plan. I used one for my second child, and paid for it all out of pocket, and she was so helpful and useful. I would love it if it had been covered by my healthcare. More women should have access to them. They have a great amount of knowledge and are a wonderful support and intermediary. I really see how it could help minority mothers. Keely Thomas-Moore