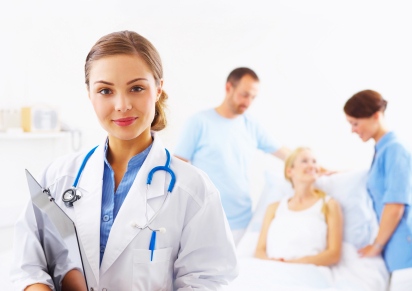 November 10, 2011 – Developing a strategic plan to recruit and retain primary care providers is at the essence of a workgroup led by Dr. Lisa Dodson, director of the Oregon Area Health Education Center, which met recently.

There are an enormous group of stakeholders, such as health insurers competing for providers, and large amounts of money are being spent to “probably duplicate some efforts,” she said. The Oregon Healthcare Workforce Committee is looking for innovative ways to change those dynamics.

One issue that stands in the way is the huge debt load faced by new graduates, said Dr. Daniel Saucy, a Salem dentist in private practice, whose daughter recently graduated from dental school, and was forced to start working immediately without any time off.

Medical students at Oregon Health & Science University face about $170,000 in debt, said Dr. Dodson. During the last legislature, a loan forgiveness program was approved for primary care practitioners who work in rural areas, administered by the Office of Rural Health.

“It's a small amount of money,” Dr. Dodson said. “It's certainly not enough, but there is some indication that the legislature got our message.”

As healthcare transformation gets under way, there’s also the need to better define the role of community health workers, personal health navigators, peer wellness specialists – who are not regulated by the state. To get a better idea of their current job descriptions, a survey is being sent to more than 600 workers, according to Donna Larson, an administrator at Mt. Hood Community College. Those results are expected to be available in January.

“Donna has touched on something that in our interviews came up and up again, lack of consistency,” said Dr. David Nardone of the Veterans Administration, referring to the work on provider competencies to support the new systems of care. For instance, major discrepancies exist between reimbursement models for primary care providers and behavioral or mental health providers, which should dealt with upon the evolution of coordinated care organizations which will provide such health services, he said.

“Faculty, not just students, need to gain experience with inter-professional models of care,” said Nardone, and both faculty members and students should be aware of what providers in other disciplines are doing. “Frequently, faculty members are at a disadvantage because they don't have that opportunity,” he added.

“Right now, the situation is that all of the sites can decide for themselves what they want students to have,” she said. “They're often different and they can change in the middle of a screen.” These include drug screens, background checks and immunization requirements.

There’s also a need to deal with the licensing requirements for schools that operate in other states but offer distance learning programs to Oregon schools, said Sara Hopkins-Powell, vice provost for academic affairs at Pacific University. The workgroup is also looking into this issue.

This is a particular problem for students who’ve obtained degrees online from other states that are accredited but don’t prepare students for Oregon-specific licensing requirements, said Jennifer Diallo, interim administrator at the Office of Degree Authorization.