The board will begin writing administrative rules to reduce friction and confusion in student clinical placements
By:
Christen McCurdy 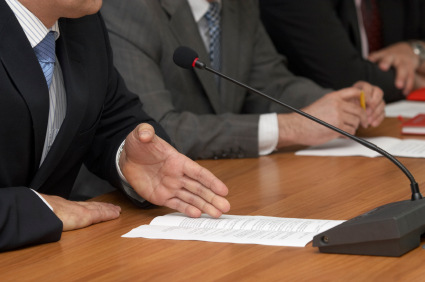 July 12, 2012 -- The Oregon Health Policy Board voted unanimously Tuesday to give the Oregon Health Authority the power to develop administrative rules for the student healthcare workforce, after a presentation by Lisa Angus and Terri Johanson who argued that nursing and medical students often face a major bureaucratic scramble when dealing with residencies or clinical placements during their education.

Per Senate Bill 879, the Authority would create a “student passport” that different clinics and healthcare work sites around the state would be able to recognize, with the intent of moving toward a centralized database where students' information can easily be located, hopefully standardizing and speeding up the placement process.

“Innovation is hard. It takes time. It takes creative time,” he said. “I'm concerned that we’re not getting enough creative time and effort to really make transformation happen.”

Another key concern was that with the change in eligibility requirements, enrollment in the Oregon Health Plan is likely to swell past what the current healthcare workforce is prepared to handle.

“Quite honestly, in Oregon, there's always been this idea that people would just magically show up because it's Oregon,” Robertson said.

While $2 million has been set aside for a new federal loan repayment program for primary care providers in rural areas, Carla McKelvey noted that many underserved communities – including larger coastal communities – still don't qualify and lose doctors as a result.

“There's a whole host of people who aren't licensed, who aren't being tracked,” Felisa Hagins said. “The vast majority of the [healthcare] workforce aren't coming out of OUS [the Oregon University System], OHSU, community colleges.” Instead, many healthcare workers come to the workforce from small proprietary schools that offer dental hygienist, certified nurse's aide or certifie medical assistant programs. Often, the cost of such programs is more than their graduates are able to
repay, she added.

Jean O’Connor, the deputy director for Cross Office Initiatives with the Oregon Public Health Division and Dr. Mel Kohn, its public health director presented a mixed picture for public health outcomes in Oregon compared to the rest of the country.

Oregon ranks 25th of all states in prenatal care, and 39th across states in the number of people who report having felt ill in the last month, with the mean being four days, O'Connor said.

She also noted that the two leading causes of death in Oregon – tobacco and obesity-related diseases – are similar to other states, while many states rank motor vehicle crashes among the top three causes of death. Suicide ranks as Oregon’s third leading cause of death.