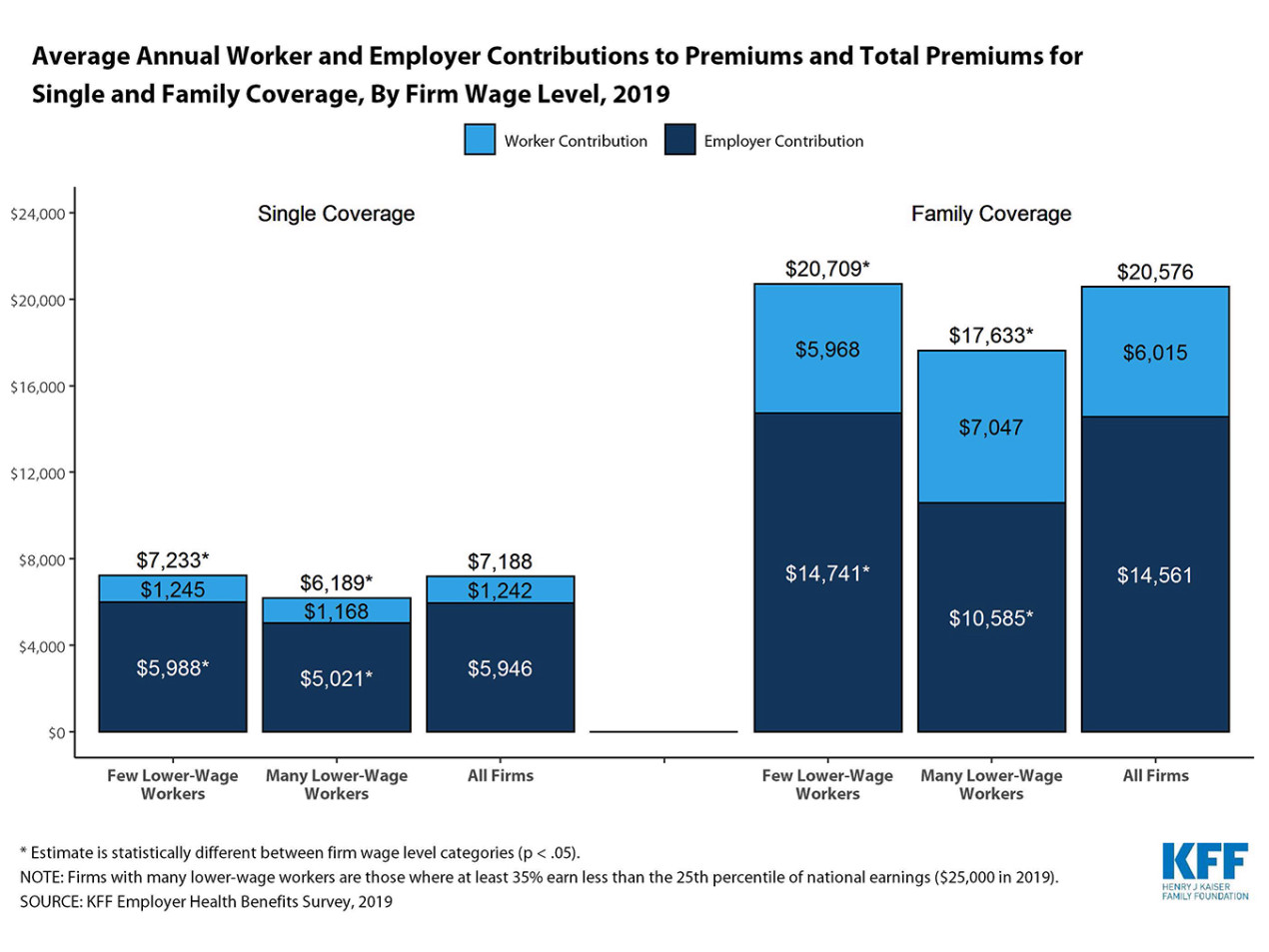 For the 153 million Americans who get health insurance through their jobs, a new report by the Kaiser Family Foundation tells a depressing story that workers are already only too familiar with.

Premiums for health policies continue to rise, as does the amount of the premium workers are called on to pay, according to the foundation’s 2019 study. Deductibles – the amount workers must pay out of pocket before comprehensive coverage begins – are up. Co-payments – the amount workers pay for office visits and the like – are up. Co-insurance – another amount that workers pay for some office visits as well as surgeries and other hospital-based care – is up.

The increases are far outpacing inflation and wage raises, said the KFF report.

The KFF survey covers private sector large and small companies as well as nonprofit groups and local and state government agencies. It does not cover federal government employee insurance plans.

The report underscores that medical providers – clinics, hospitals and the like – rely heavily on revenue from employer plans to cover providers’ continually rising costs, including wages and benefits for their own workers. The two government-funded health insurance programs – Medicaid for low-income people and Medicare for the elderly – pay about half of what employer insurance pays for the same procedures or care.

Medicaid and Medicare negotiate with providers and succeed in securing bargain-rate prices. Medicaid is largely free to its low-income members, while Medicaid is comparatively affordable to many of its elderly members.

But it’s a very different picture for those who receive insurance through their jobs.

“The prices employer plans pay for care are rising faster than either Medicare or Medicaid,” the report said. “One side of the coin calls this a cost shift from public plans (Medicare, Medicaid) to private payers; the other side suggests a lack of any real cost-control efforts in private plans.”

“Negotiating lower prices means that plans have to be willing to tell higher-priced providers that they cannot be in the network, but … narrowing networks is both unpopular with employers and due to dispersed workforces and rural challenges, impractical for many,” the report said. “Other than increasing (the) cost-sharing (burden on workers), this is the most powerful cost-reducing tool that private plans have, but it is rarely employed.”

“New ideas and new approaches – things like narrow networks, value-based pricing, telemedicine, direct contracting – are tried and sometimes gradually implemented but with modest impact on the basic structure of the market or the overall cost of coverage,” the report said.

But if the economy slows, employers may push for greater changes, the report said.

Here are some highlights of the report:

Sep 26 2019
News source:
The Lund Report
Keywords:
Employer Health Insurance
×
This article is for premium subscribers. If you are one, please sign in below.
You can see two more premium stories for free. To subscribe, click here. We depend on premium subscriptions to survive, and they are tax deductible.
Sign InGo Premium Not now