Women’s Cancer Screening Gets Funded Along with Junction City Hospital

Senate President Peter Courtney says he’ll keep fighting as he laments the failure of a dedicated tax for community mental health, while House Speaker Tina Kotek offers optimism that the state can improve services at all levels.
By:
Christopher David Gray 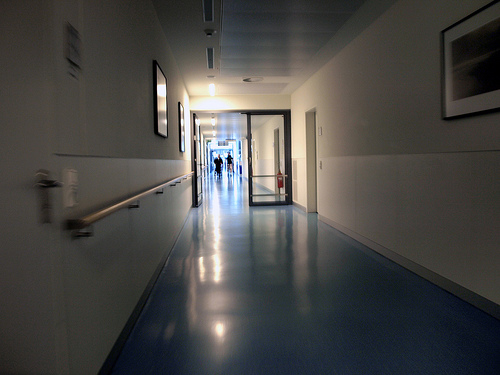 .July 9, 2013 — The Legislature found extra funding in its final budget for breast and cervical cancer screening, rural ambulance services, and dental fluoride programs for school children as it passed its budget resolution, House Bill 5008, before adjourning on Monday.

HB 5008 is known informally among Capitol insiders as the “Christmas tree” bill, as last-minute negotiations and deals in the Legislature leave advocates and special interests vying for presents.

The breast and cervical cancer screening program received $700,000, which will help uninsured women, particularly before the Affordable Care Act kicks in next year. That’s less than the $1 million that advocates, such as Susan G. Komen for the Cure, asked for, but more than the state has ever put into the program previously — which is nothing.

“Oregon was one of five states that provided no state funds for its BCCP program,” said Thomas Bruner, the executive director of Komen’s affiliate in Oregon and southwest Washington. “This [state] investment is something that Komen started advancing for this fall.”

A decline in donations to Komen has forced the charity to cut back its funding of the state’s program from about $650,000 a year to $350,000 in 2013. That money can be used by the state to match federal dollars at a 3 to 1 rate. Bruner told The Lund Report Komen had run screening programs on its own before the state started the program in 2003.

“We’re giving them a little money to keep them solid,” said Bates, the co-chairman of the Budget Subcommittee on Human Services.

“We have some really assaultive patients,” Bates said. “A lot of these people have personality disorders, not mental illnesses.”

Winters said some of the 12 to 15 patients who are responsible for the bulk of the assaults at the hospital could end up transferred to a psychiatric unit in the Department of Corrections rather than letting them disrupt the more therapeutic environment at the new mental hospital.

“They’re doing the assaults on the other patients as well as the staff,” Winters told The Lund Report. “It’ll provide a safe environment and reduce costs,” she added, noting the high rate of overtime and workers compensation.

There was also an extra $5 million dedicated to the Department of Human Services to help home care workers get a raise and improve rates to other home and community-based providers of services for the elderly and people with developmental disabilities. Home care workers, who take care of elderly Medicaid recipients, have had their hourly wage stuck at $10.40 since 2007.

All of this added DHS money is on top of the $29.2 million increase in funding for community-based services for seniors in the DHS budget.

At the final hearing of the Committee on Ways & Means, the $79.4 million in bonding for the new state mental hospital in Junction City also went forward, to the chagrin of some lawmakers who said the state didn’t have the funds to operate another institution. Some also wanted a greater role for community-based mental health services.

“I’ll support this budget even though I think we’re taking some things in the wrong direction,” said Rep. Bob Jenson, R-Pendleton, the dean of the House as the chamber’s longest-serving member. “I haven’t been particularly quiet for my opposition to this site.”

Jenson alluded to the Olmsted Agreement, in which the state agreed to provide more community-based care after an investigation from U.S. Attorney General Eric Holder. The lawmaker said the Junction City hospital “did not fit that model.”

But Sen. Chris Edwards, D-Eugene, whose district includes the new hospital, said the site for the second mental hospital was decided years ago through a deliberative process. The bonding for the hospital was included in a capital construction budget, Senate Bill 5507. The hospital is expected to be finished in Junction City by the end of next year, and the Oregon Health Authority has money in its budget to operate the hospital starting in April 2015.

“The reality is that the forensic populations to be housed in Junction City are very hard to place in a 16-bed facility,” Edwards said. “It’s [also] damn near impossible to site a 16-bed mental facility in people’s neighborhoods without opposition.”

Jenson countered that his own community was opening three new residential mental health treatment centers without opposition, and he complimented the city of Pendleton on its acceptance of people with mental illness as a part of the community.

Winters said she wished the governor had powers to override “NIMBY” concerns with residential facilities, but her opinion was that the state needed to invest in both, since they serve patients with different needs

Bates, an osteopathic physician, said that while he wasn’t a proponent of big mental hospitals, he hoped as the state would build its community mental health services and leave the Junction City hospital to treat prisoners, particularly terminally ill geriatric inmates who are burdening the state budget.

He said with the pending closure of the Blue Mountain Recovery Center in Pendleton this January and the Oregon State Hospital in Portland the following year, the state would need the capacity at Junction City.

“It’s going to be a really tight situation in the state hospital,” Bates said. “We might need to take a second look at Blue Mountain.”

Senate President Peter Courtney, D-Salem, fought for a dedicated tax for mental health, but the 10¢ cigarette tax failed along with a package of tax increases as the Senate failed to reach a deal over taxes and public employee pension cuts.

“I’m very sad. I gotta just keep fighting,” Courtney said in a rare press conference, held over lunch on the last day of the session. “We’re not dedicating any money to mental health, and we’ll never get it all funded.”

He said while the state was putting a solid chunk of money from the general fund for community mental health, that money would probably dip when state revenues fall in future biennia.

House Bill 3332, which was pushed by the National Alliance on Mental Illness, and would have provided start-up funding for community mental health housing, also failed to get funded.

Courtney said he would continue his goal of a dedicated tax to mental health after the session. He said polling in his district showed two-thirds support for such a tax, and thought it could get passed as a ballot referendum or as a stand-alone bill if it had not gotten lost in other discussions.

But while Courtney groused as the Senate reached a bitter end, his counterpart in the House, Speaker Tina Kotek, D-Portland, sounded optimistic notes, speaking in support of both new community mental health investments and the Junction City hospital.

The state is saving $45 million in indigent mental health services by expanding Medicaid to 250,000 Oregonians. All of that money will be rolled back into expanding community mental health programs.

“This is a watershed session for mental health even though we didn’t get dedicated funding sources,” Kotek said in her press conference after sine die. “We’re on the path to do both.”