Its collapse was a legislative failure, according to this author, which Oregon legislators deserve support so the same problem doesn't befall us.
By:
Dr. Samuel Metz 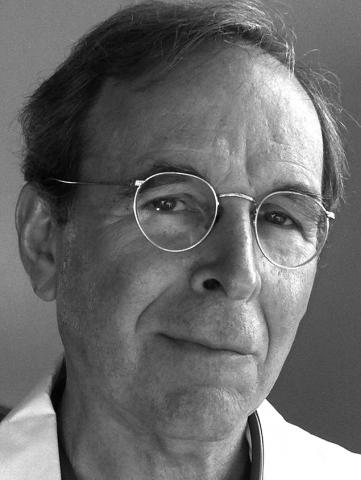 But this collapse was no ordinary failure. It was not a failure of universal care, or of single payer, or even of Gov. Shumlin himself. This was a spectacular failure of a very different nature, and one with valuable lessons for Oregon. But we must learn the right lessons, not the wrong ones.

The Wall Street Journal called this a failure of universal care to reduce costs. Not true. Not only was the universal plan never implemented, all predictions in Vermont’s universal care study, prepared at the request of the legislature by Dr. William Hsiao, remain valid. Regardless of costs, universal care in Vermont would still provide better care to more people for less money. Dr. Hsiao’s conclusions are corroborated by more than two dozen other studies in 14 states that come to the same conclusion.

Megan McArdle of Bloomberg View called this a single payer failure. But this was not a single payer failure because Vermont did not enact single payer. Vermont made a valiant effort to provide universal health despite many federal laws, including Medicare, ERISA, and the Affordable Care Act, that make single payer impossible in any state. Instead, Vermont created a work-around in which Green Mountain Care, the proposed state health care program, would have included less than 60% of its population; Vermont’s proposal included multiple payers, not just the state single payer.

The collapse of the Vermont plan was a legislative failure, clear and simple.

For the record, Gov. Shumlin and the majority of legislators were Democrats.

No matter how expensive health care becomes, private insurance costs more than single payer. In every population – the poor, the sick, the elderly, employees of large businesses who self-fund, our veterans – single payer costs less.

But Vermont legislators did not believe they could vote for replacing insurance premiums with single payer taxes and still get re-elected. Neither did Gov. Shumlin.

Gov. Shumlin attributed the death of Vermont’s universal care plan to runaway healthcare costs and the increased taxes needed to pay those costs. Both are true: Vermont’s healthcare costs are rising (like every other state) and higher taxes would be necessary to match them. But universal care does not generate higher healthcare costs. It converts what we currently pay privately (i.e., employer premiums, family premiums, deductibles, co-pays, out of network payments, and excluded medication costs) into taxes. Premiums, out of pocket payments, taxes – it’s all our money, just different labels.

And while the efficiency of single payer reduces total healthcare costs (not dramatically – most studies, including Dr. Hsiao’s, suggest a modest 5-10% reduction), the primary advantage of single payer is guaranteed access to healthcare that costs less, that removes fear of bankruptcy, and that does not depend upon employers.

What is Vermont’s lesson for Oregon?

Our legislators need our unequivocal support before they will make bold decisions: not just to enact universal healthcare (like Vermont), but to create the tax plan to fund it (unlike Vermont).

We must give our legislators courage (and our votes) to do the right thing. That’s Vermont’s lesson for Oregon.

Samuel Metz, MD, is a private practice anesthesiologist in Portland. He has collaborated with Oregon State Sen. Michael Dembrow on passing the HB 3260 study of financing options for universal health care in Oregon. Dr. Metz can be reached at [email protected]. More information about the HB 3260 can be found at www.OregonStudy.org.

Correction of error by the author

Friends familiar with Vermont corrected an important error in my essay. Act 48, passed by the 2011 legislature, required the Governor (not future sessions) to create a funding plan. A future legislative session would then approve the plan or not. (see http://hcr.vermont.gov/sites/hcr/files/ACT%2048%20one%20page%20summary%2...)

I was wrong: it was Gov. Shumlin who failed to fulfill his obligation to create a funding plan for the universal care plan enacted by the 2011 legislature.

Some critics still blame the 2011 legislature for breaking the process into three discrete steps, effectively tripling the chances of failure: (1) legislative passage of the concept, (2) gubernatorial design of a funding plan, and (3) legislative approval of the funding plan. Had the 2011 bill included both concept and funding, only a single step (and single vote) would be needed.

Thus, my conclusion must be modified. Not only must we reassure both our legislators and governor that we will vote for them if they fund a universal care plan, we should insist that the design and funding of universal care be included in one comprehensive bill.