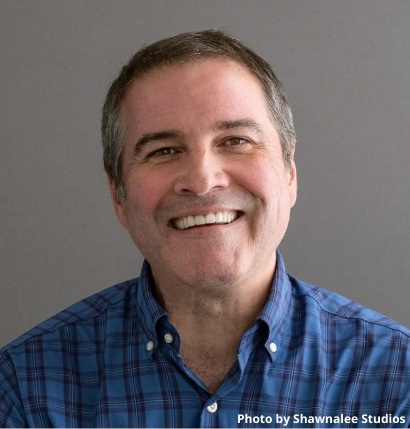 Nick Budnick is our editor-in-chief and a reporter. He’s a veteran journalist who has spent nearly 30 years covering topics that include state government and Oregon’s health care system. He covered the state Legislature for the Bend Bulletin as lawmakers crafted Oregon’s signature Medicaid reforms. Starting in 2011, as an investigative health care reporter for The Oregonian, he covered implementation of the federal Affordable Care Act known as Obamacare, including the Cover Oregon tech debacle. Later, at the Portland Tribune, he was awarded a Health Care Performance Fellowship by the Association of Health Care Journalists to report on the Oregon Health Plan. Budnick’s work has been recognized by Investigative Reporters and Editors, Best of the West, the Bruce Baer Award and a national Sunshine Award from the Society of Professional Journalists.

He can be reached at [email protected] or at @NickBudnick on Twitter. 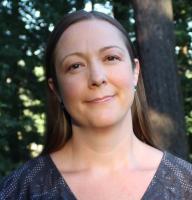 Emily Green is our managing editor and a 2022 Health Performance Fellow with the Association of Health Care Journalists. As part of her fellowship, Green is closely tracking the implementation of Oregon’s landmark drug decriminalization law and its impacts on the behavioral health care system. She has a decade of experience working as a journalist in the Northwest, where she’s spent most of her life. Green came to The Lund Report with an extensive background in social and environmental justice reporting after serving for nearly seven years as senior staff reporter then managing editor at Portland’s weekly street paper, Street Roots. Green’s articles have won more than a dozen awards and have appeared in street papers spanning the globe and across the United States; she has also written for the Portland Tribune and Willamette Week. She is a graduate of the University of Oregon School of Journalism and Communication.

She can be reached at [email protected] or @GreenWrites on Twitter. 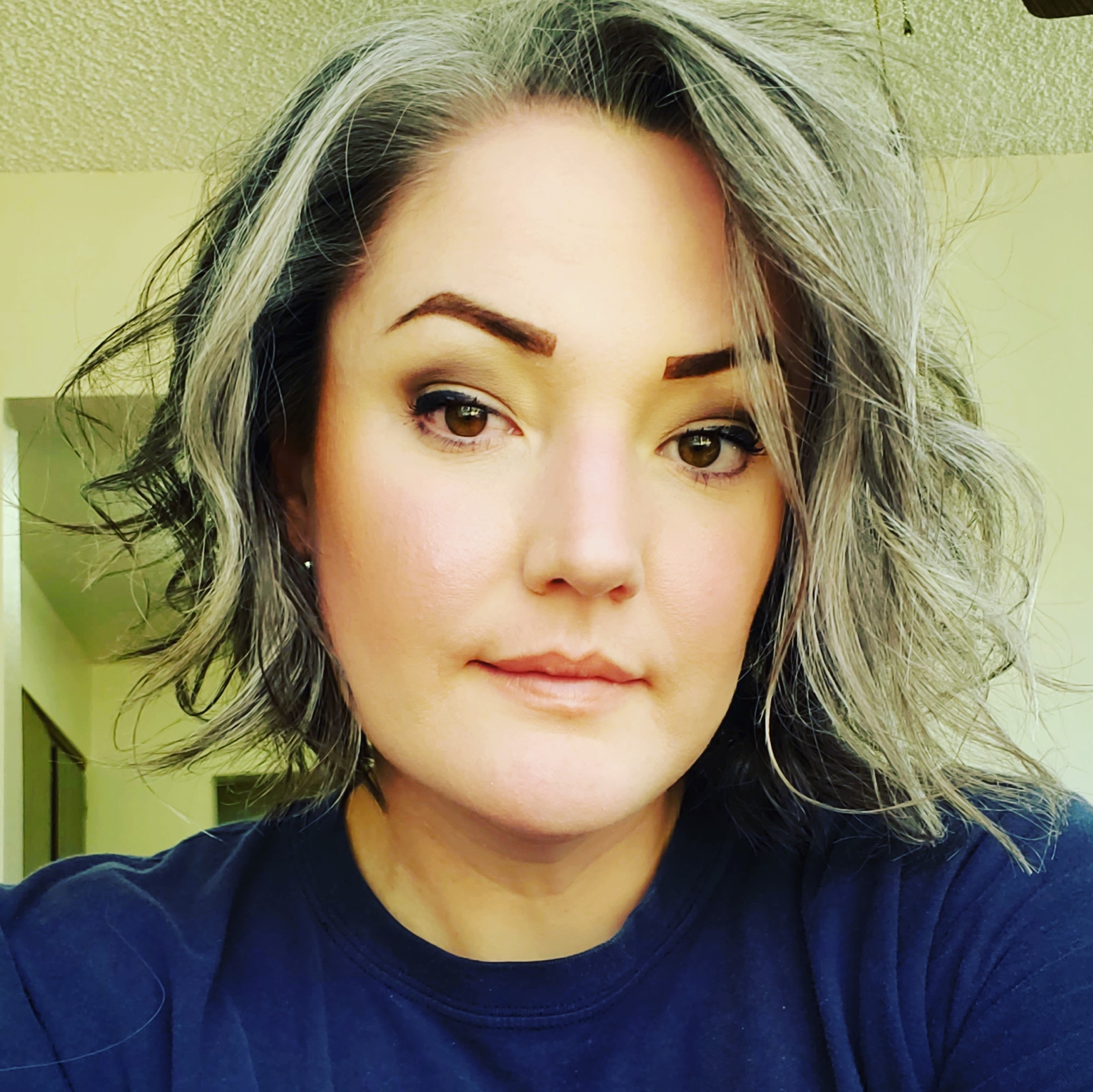 Kim Crosby (she/her) is our operations manager. She comes to The Lund Report with over a decade of experience in nonprofit fundraising, events and process management at organizations such as Portland Institute for Contemporary Art (PICA), Scottsdale Museum of Contemporary Art (SMoCA), and the American Red Cross. Crosby’s approach to nonprofit management is rooted in social justice and community building. She holds a BA in French from Arizona State University and completed her graduate translation studies at Université Catholique de Lille. Originally from Phoenix, Arizona, she currently resides in Portland. When not working, she can be found volunteering for the National Park Service or reading at the beach.

She can be reached at [email protected]. 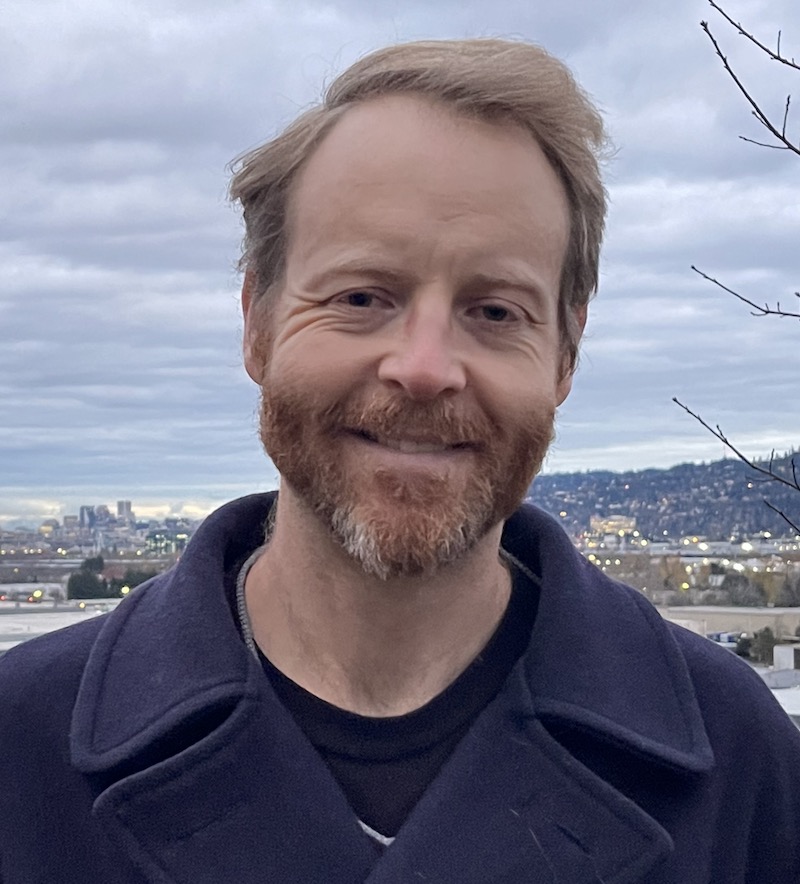 Jake Thomas is our senior reporter. He’s spent over a dozen years at newspapers and magazines covering nearly every beat, including the Oregon and Washington legislatures. Along the way, he covered Oregon’s historic Labor Day fires, the fight over an oil terminal at the Port of Vancouver and others. He’s picked up multiple awards and has been recognized in Nieman Reports. His work has appeared in national magazines and nearly every major newspaper in Oregon and Washington. Most recently he was a reporter at Newsweek.

He can be reached at [email protected] or @jakethomas2009 on Twitter. Christian Wihtol is our senior contributor. He has been a journalist for more than four decades, working at daily newspapers in New York, New Jersey, Connecticut and Oregon before retiring from full-time work in 2018. He spent 1990-2018 working as an editor and writer at The Register-Guard in Eugene, where he served variously as the newsroom's senior editor, associate editor writing editorials, government and public policy team editor and business editor. He holds a master's in business administration from Fairleigh Dickinson University in New Jersey and a bachelor's degree in English from Oxford University. He lives in Eugene.

The board members of The Lund Report and Oregon Health Forum are expected to actively participate in board activities and follow a set of responsibilities, outlined further here. To apply for the board, click here.

Diane Lund-Muzikant is the board chair and editor emeritus of The Lund Report. She launched the news site in April 2009 after spending the previous three decades working as a health care journalist. Diane was also the founder and former executive director and editor of Oregon Health Forum/Oregon Health News, an organization she ran for more than 16 years. Under her leadership, it became the leading resource for health policy issues in the Pacific Northwest. Earlier, as a freelance journalist, her work appeared in Good Housekeeping, People Magazine, The Oregonian and national health policy journals. Lund-Muzikant is also a 22-year breast cancer survivor and was the co-founder of Rachel’s Friends Breast Cancer Coalition, an educational and advocacy organization focused on the environmental impacts of cancer.

She can be reached at [email protected].

Jason Faler is the practice administrator at Sunset Oral & Maxillofacial Surgery. Prior to joining Sunset, Jason was director of affiliations and partnerships at PeaceHealth, and Sr. director in the Strategic Management Services division at Providence Health & Services. He is also an assistant adjunct professor in the OHSU-PSU School of Public Health, where he has taught in the graduate MPH and MPA programs since 2007. Jason is combat veteran of Operation Iraqi Freedom and Operation Enduring Freedom, and he is a Lieutenant Colonel in the U.S. Army Reserve, where he teaches the Command and General Staff Officer Course. Jason holds a Bachelor of Arts in Political Science from Oregon State University, a Master of Healthcare Administration from Seton Hall University, a Master of Science in Jurisprudence from the Seton Hall University School of Law, and is a Fellow of the American College of Healthcare Executives. In 2008, Jason founded The Checkpoint One Foundation, a nonprofit organization dedicated to aiding Iraqi and Afghan interpreters and their families with relocation to safety in the United States. In 2009, Jason was nominated by U.S. Sen. Ron Wyden and was a finalist for the Above and Beyond Citizen Honors Award, an honor bestowed by the Congressional Medal of Honor Society. Jason is actively involved with youth athletics and enjoys reading, travel and spending time with family.

Joe Foster is a partner at Finn Partners, Inc., a global public relations firm headquartered in New York City.  At Finn Partners, he creates and directs strategic communications programs that have a strong impact on consumer, health/wellness, and nonprofit brands. He works with organizations on a national and regional level to implement attention-grabbing events, creative media relations, digital media, and impactful content creation.  He is a graduate of California Institute of the Arts, where he received his bachelor's degree in theater. Before settling on a career in public relations, Foster served on the board of several Los Angeles-based theaters. He has produced over 30 new plays in New York, Los Angeles, and Scotland.

Mike Francis is a veteran communicator and journalist who is the associate director of communications at Pacific University in Forest Grove, Oregon. He worked as a reporter and editor at the Houston Chronicle; the (Bend) Bulletin; the Kansas City Star; the Business Journal of Portland, where he served as Editor; and The Oregonian, where he served as Technology Editor, was embedded as a military reporter three times in Iraq and extensively covered the Department of Veterans Affairs. He also worked in marketing and as a blogger for Providence Health & Services and answered crisis line calls at Lines for Life.

Lynn Knox began her career as a State Coordinator for George McGovern’s presidential campaign, and she progressed to become one of the only women on Jimmy Carter’s National Advance team. From there, she joined the Massachusetts Department of Public Health as public affairs director under Dr. Johathan Fielding, a pioneer in identifying the social determinants of health. Moving back to Kansas where she graduated from college, Lynn worked as an assistant to Gov. John Carlin, became director of the Midwest Corrections Reform Program and eventually director of the ACLU for Kansas and Missouri. Kaiser Permanente brought Lynn, her husband, Howard, and two sons to Oregon as special projects manager, where she developed a health education theater program and the Health Options for Teens  program. Lynn next worked for the City of Portland, where she led the development and implementation of the Portland Economic Opportunity Initiative for 10 years, using a wrap-around services model focused on job training or micro-enterprise development to lift over 3,000 residents out of poverty. In 2014, Lynn moved to the Oregon Food Bank as State Health Care Liaison working with large health systems and small clinics to facilitate their development of interventions and policies to address food insecurity and other social determinants with their patients. Currently, Lynn heads a consulting firm, Social Determinant Solutions, working with community organizations and the Oregon Health Authority to implement programs addressing the social needs and inequities which drive poor health.

Joanne Zuhl has a career in journalism, as a reporter and editor, that spans nearly three decades. From 2002 to 2021, she served as the editor of the nonprofit newspaper Street Roots. Prior to moving to Portland, she was the editorial editor for The Post-Crescent Newspaper in Appleton, Wisconsin. During her tenure with Street Roots, the newspaper evolved from being a monthly publication to an award-winning weekly, reaching an estimated 20,000 readers each week in print and online. She served as a board member of the former North American Street Newspaper Association, and board member and vice-chair of the International Network of Street Papers. She continues to be an avid supporter of independent nonprofit journalism.