Which Oregon Hospital Has the Toughest Time Preventing Infections?

A CDC database on hospital infections can tell us a lot. What it says about one of the biggest medical systems in the state may be surprising.
By:
Christopher Heun 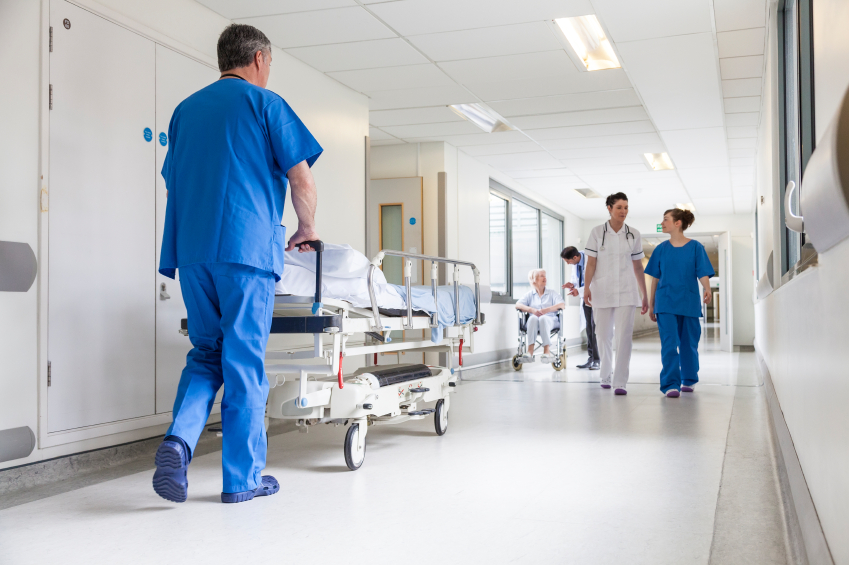 What's the safest hospital in Oregon? What about the least safe? And how do we even figure that out?

It's not an easy question to answer. Is it the place with the fewest incidences of infections that occur inside its walls? Or is it the place that takes on the toughest patients – sometimes patients that other hospitals are unable to properly treat – while also conducting leading-edge medical procedures?

The federal government, which does not have a single standardized definition for different patient safety measures, has attempted to set up a system to compare safety across more than 3,000 hospitals nationwide. They are required to report incidents of infection to the Centers for Disease Control and Prevention's National Healthcare Safety Network to receive payment from Medicare.

The CDC maintains a database, publicly available at Medicare.gov, that tracks six categories of infections that patients have contracted during the course of their medical treatment, known as healthcare-associated infections. The government has established national benchmarks for each of the measures, to help determine if a particular facility performed better, worse, or no different that its peers.

So, what does this database tell us about the state of safety in Oregon hospitals? The short answer is bad news for OHSU. But the short answer probably isn't the best answer.

Part of the reason for those results is that OHSU treats the toughest patients, who are transferred to its facilities from other locations, said Dr. Charles M. Kilo, chief medical officer.

Kilo isn't the only who thinks this way. “One thing to always consider in examining and attempting to compare hospitals is the level of care,” says Zintars Beldavs, director of Health Care Associated Infections Program for the Oregon Health Authority. “Patients who suffer more complications are more likely to have infections, and hospitals who treat more complex patients face different challenges than smaller facilities.”

On top of that, not many hospitals in the state have the volume of patients to perform certain procedures frequently enough to be statistically significant for the CDC's national benchmarks. OHSU is the biggest hospital system in the state. In 2013, it saw 264,641 patients and handled a total of 978,099 patient visits at its hospitals, medical clinics, and dental clinics. It has an annual operating budget of just over $2 billion.

Kilo prefers to compare OHSU's performance against that of more than 100 large academic medical centers across the country who are members of the University Health System Consortium; of that group, OHSU ranks in the top 25 percent for patient safety.

“I don't think we would be ranked in the top quartile of hospitals across the country if we weren't focused on making those things better,” Kilo said. To improve, OHSU is standardizing care for inserting and managing catheters, for example, and incorporating the lean performance improvement methodology first used by Toyota to improve its manufacturing processes. “These are systems issues. To improve them you have to look at total systems of care.”

Back to the CDC database. What does it say about Oregon hospitals as a group?

But this isn't the best way to use the data, according to Beldavs of the Oregon Health Authority. “It's more useful to look at the hospital over time rather than compare them to each other,” he said.

In that sense, on the state level, the rate of C.diff. has increased somewhat in recent years, even though it is still lower than the national average. The opposite is true of CAUTI – it appears to be declining, but is still higher than elsewhere around the country.

“Oregon is actually doing a pretty good job compared to other states,” Beldavs said. “The CDC has repeatedly told us Oregon is leading the country in some initiatives to reduce healthcare-associated infections.”

One example is the “interfacility transfer communication” that the Oregon Health Authority introduced in January. Oregon is the only state to have such a rule, requiring that information about a patient’s medical status, including colonization or infection with a multidrug-resistant organism, should travel with a patient and be readily available to medical providers. The rule applies to hospitals, ambulatory surgery centers, nursing homes, residential care facilities, assisted living facilities and adult foster homes.

At the moment, Beldavs is most focused on lowering rates of C.diff. and infections related to multidrug-resistant organisms; appropriate use of antibiotics is an underlying issue for both.

These infections can be related to devices, such as central lines and urinary catheters, or spread from patient to patient after contact with an infected person or surface. The CDC believes that these infections can often be prevented when healthcare facilities follow guidelines for safe care.

What about the Oregon hospital with the best individual performance at preventing healthcare-associated infections?

That was Providence Portland Medical Center, which did better than the national average on four out of the six infection types (CLABSI, CAUTI, C.diff., and surgical site infection from colon surgery). No other hospital in the state fared as well; Legacy Emanuel Medical Center in Portland came close. It outperformed the national benchmark in three measures (CLABSI, MRSA, and C.diff.), but worse in one (CAUTI).

The CDC data represents another way to evaluate patient safety at hospitals, since rankings are plentiful but rarely follow the same methodology, making it hard to reach a consensus. OHSU, for instance, was named the No. 1 hospital in the state by U.S. News & World Report in July, but received a “C” on a report card for hospital safety last month by industry group Leapfrog. The Lund Report detailed that evaluation recently.

Nov 24 2014
News source:
The Lund Report
Keywords:
CDC, ohsu
×
This article is for premium subscribers. If you are one, please sign in below.
You can see two more premium stories for free. To subscribe, click here. We depend on premium subscriptions to survive, and they are tax deductible.
Sign InGo Premium Not now