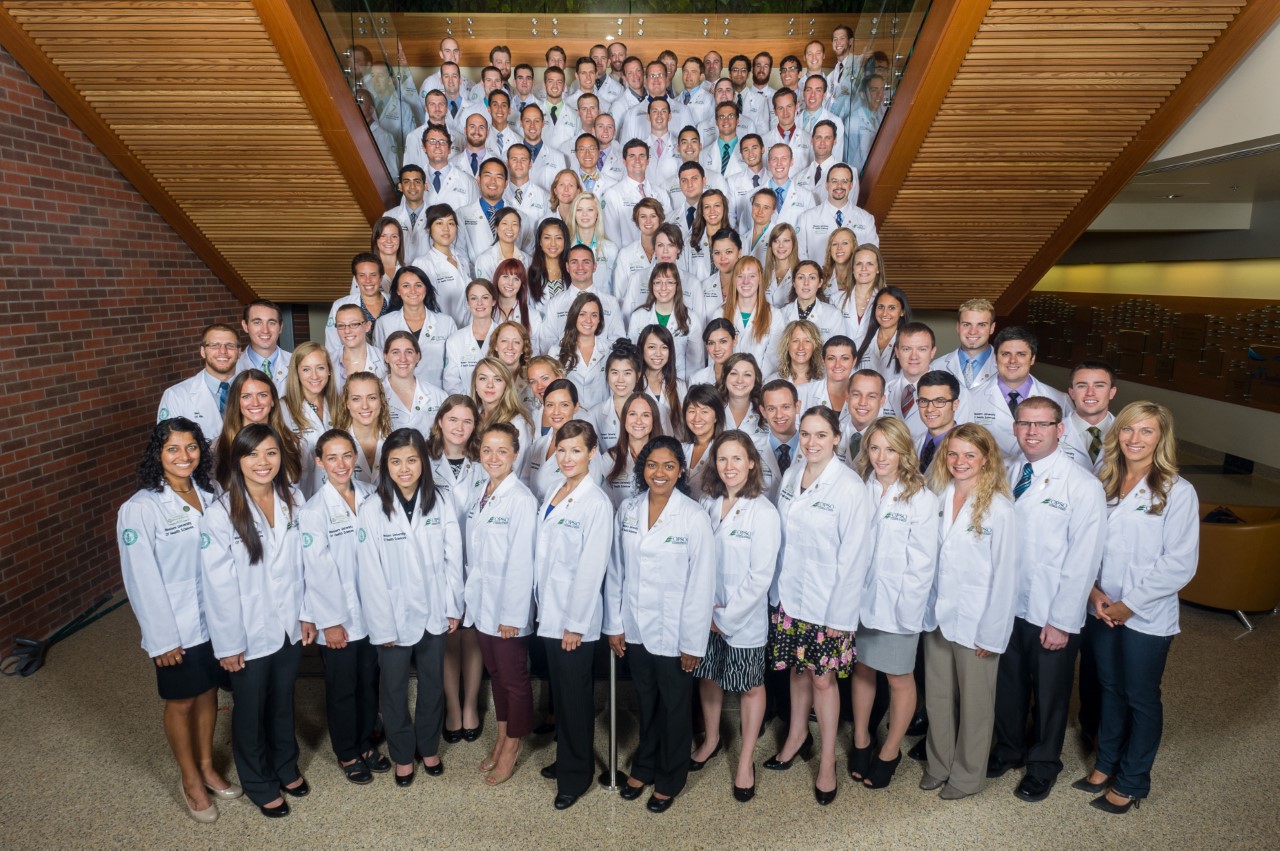 At commencement, 94 medical students will be awarded their Doctorate of Osteopathic Medicine diplomas. The event will be open to the public; seating will open at 9 a.m.

“This is a very special day in the lives of our graduates,” said Paula M. Crone, DO, Dean of COMP and COMP-Northwest. “They have accomplished much in their four years at COMPNorthwest, all culminating in this proud moment. We celebrate these new physicians as they take the next step in their careers,”

Adrienne White-Faines, MPA, CEO of the American Osteopathic Association, will give the Commencement address. The AOA represents more than 122,000 osteopathic physicians and medical students across the country. White-Faines leads the AOA’s strategic agenda, supporting the organization’s members by promoting public health and advancing research. The AOA also serves as the accrediting agency for osteopathic medical schools, and as a provider of physician specialty board certification and continuing medical education.

From the Class of 2017, 62 graduates will go into primary care fields including family medicine (32), internal medicine (20), pediatrics (seven), and OB-GYN (three). Of the class, 27 will complete their residency training in the Northwest – 15 in Oregon, 12 in Washington, four in Idaho, and one in Wyoming. The osteopathic physicians will join prestigious residency programs at care facilities such as the Cleveland Clinic, Mayo Clinic, Walter Reed National Military Medical Center, and Dartmouth College.

The majority of the Class of 2017 – 65 percent – call the Northwest home. Of the graduating class, 41 students attended Northwest schools for undergraduate degrees, including eight from Oregon State University and four from the University of Oregon.

Additional information regarding commencement may be found online by visiting http://commencement.westernu.edu/lebanon/.