Was The Novel Coronavirus Really Sneaky In Its Spread To The U.S.? Experts Say No.

coronavirus by Markus Spiske on Unsplash.jpg 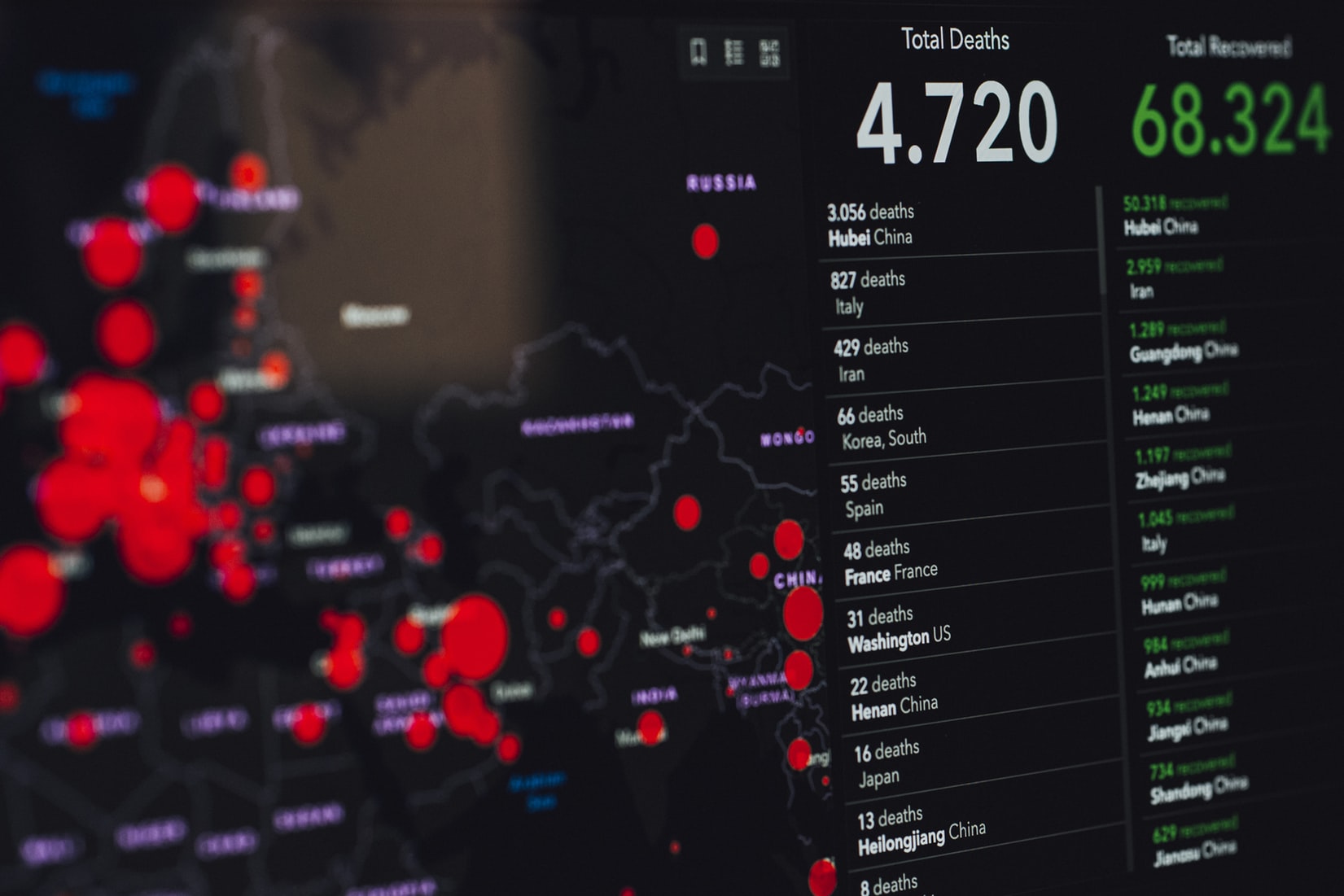 Photo by Markus Spiske on Unsplash

Unveiling a series of policies meant to mitigate the threat of COVID-19, President Donald Trump also sought to respond to criticism that his administration has been slow to deal with what is now a worldwide pandemic.

In particular, the president defended his administration on the issue of insufficient testing resources and what experts say is a looming shortage of medical equipment and personnel.

His argument? No one saw this coming.

“It snuck up on us,” Trump said at a March 18 media briefing. Later, he added that the virus is “a very unforeseen thing.”

Trump has repeated that idea often lately. But the claim doesn’t square with the evidence.

Public health researchers have warned for years about the threat of a pandemic. And members of the Trump administration have been sounding the alarm for months now — even while, just earlier this month, Trump was still comparing the virus’s severity to the flu, and arguing that it “will go away” if people “stay calm.”

We contacted the White House, which declined to comment on the record. Meanwhile, independent experts told us this claim is deeply misleading.

Both in Washington, D.C., and internationally, health officials had been warning about the dangers posed by COVID-19 since at least January, with some early signals going back to December, when the illness emerged in the Wuhan province of China. Those warnings continued into February, well before the White House began taking serious steps to increase testing and treatment efforts ― a delay that experts said has significantly undermined the national response.

Indeed, by mid-January, Health and Human Services Secretary Alex Azar told the president that the virus — which had already spread through China ― could pose a threat domestically, too, according to reporting by The New York Times, The Washington Post and Politico.

Then, by the end of the month, Azar declared it a “public health emergency” in the United States. According to the Times report, Dr. Robert Redfield, who heads the Centers for Disease Control and Prevention, had also by that point realized “that it had a great ability to go global.”

“The alarm was sounded in January,” said Jennifer Kates, a global health expert at the Kaiser Family Foundation. “This wasn’t a surprise.” (Kaiser Health News is an editorially independent program of the foundation.)

At that point, researchers told us, decisive and widespread federal action could have made a big difference.

But publicly, Trump was still comparing the coronavirus to the flu, downplaying the risk on Twitter and television, and declaring repeatedly that the new virus was under control.

Warnings from others continued. On Feb. 25, Dr. Nancy Messonnier, who runs CDC’s National Center for Immunization and Respiratory Diseases, also highlighted the risk the virus would pose.

And of course, the coronavirus warnings didn’t come only from Washington.

On Jan. 30, the World Health Organization declared the virus a “Public Health Emergency of International Concern,” citing its rapid spread since December, when it emerged in China.

In doing so, “we were alerting all countries of a very real threat of international spread,” said Margaret Harris, a WHO spokesperson.

By Feb. 24, WHO had told reporters that the virus had a real risk of becoming a global pandemic, and warned that all countries should be prepared.

The weeks-long gaps between those warnings and federal efforts to actually test for coronavirus, and to treat it, matter greatly, Kates said.

“It was very visible what was happening and what measures we should be taking,” she told us.

Had the White House acted earlier, in particular by stepping up efforts to test for the virus and isolate cases immediately, the virus might not have spread as quickly, global health experts said. The ongoing efforts to “socially distance” even people without symptoms — which have large economic and health downsides, are less effective and less enforceable, researchers told us ― wouldn’t be as necessary as they are now.

“Delays of days here matter. When we start throwing away weeks, we really change what’s possible,” said Christopher Mores, a global health professor at George Washington University. “If we had done a little more of anything, we would find ourselves in a better situation than where we are right now.”

Specialists in public health and national security had been warning for years about a looming pandemic — and noting that the United States wasn’t adequately prepared for the devastation it could wreak on both citizens’ health and the economy.

The only details missing were what pandemic and when precisely it would strike.

“Public health experts have been shouting that a major pandemic is likely and, in fact, is the greatest security threat we face,” said Lawrence Gostin, a law professor at Georgetown University who studies public health law.

As for claims that something like COVID-19 “snuck up on us” or was “very unforeseen”?

“It is simply astonishing and simply untrue,” he said.

Researchers pointed us to countless reports ― including some by government officials — that highlighted the threat of a pandemic.

In May 2018, researchers at Johns Hopkins University put out a paper warning that respiratory viruses posed a “global catastrophic biological risk.” In particular, the researchers warned about RNA viruses ― viruses made up of the traditionally single-stranded ribonucleic acid that also cause illnesses such as the common cold, influenza, hepatitis C and polio.

Their warning wasn’t off: COVID-19 is indeed a respiratory illness caused by an RNA virus, from the same specific viral family — that is, the coronavirus family ― as SARS and MERS.

Then, in October 2019, the World Economic Forum, Johns Hopkins Center for Health Security and the Bill and Melinda Gates Foundation hosted an event to discuss how public and private interests would have to respond in the event of a pandemic. That was only one of many such “simulations” run by health experts concerned about how the U.S. would respond to a looming pandemic threat.

“Experts agree that it is only a matter of time before one of these epidemics becomes global — a pandemic with potentially catastrophic consequences,” read the event description.

And months later, in January 2019 — more than a year before the president’s advisers sounded the coronavirus alarm ― the topic of a global pandemic emerged again, in a report from the Office of the Director of National Intelligence.

“We assess that the United States and the world will remain vulnerable to the next flu pandemic or large-scale outbreak of a contagious disease that could lead to massive rates of death and disability, severely affect the world economy, strain international resources, and increase calls on the United States for support,” reads the report.

In fact, the report suggested animal-to-human transmission as a source for the next major pandemic — which, experts say, is how COVID-19 emerged.

And, finally, reporting from Politico shows that, when Trump entered office, members of the Obama administration warned about the threat of a looming viral pandemic ― and noted that, if it occurred, the nation didn’t have the medical resources to handle it.

“Many people saw this coming, although, of course, it was not known exactly when,” said Dr. Joshua Sharfstein, vice dean for Public Health Practice and Community Engagement at the Johns Hopkins Bloomberg School of Public Health in Baltimore.

Put another way: Experts have been talking about the need for pandemic preparedness, Mores recalled, for at least as long as he has been studying global health. He’s been in the field for 25 years.

President Donald Trump said COVID-19 “snuck up on us,” and was “a very unforeseen thing.”

In fact, the president heard warnings about this specific virus from his advisers and the global health community for months. And public health and national security experts had been highlighting the risks for even longer about the threat of some kind of pandemic — even if the details weren’t yet known.

Indeed, it is because of Trump’s slow response to the pandemic that “social distancing” is now required on such a large scale. Earlier, more focused testing and sequestering of people with the virus could have mitigated some of the response now required, experts told us.

Trump’s claim is incorrect and flies in the face of years’ worth of evidence. We rate it Pants on Fire.