Walden A Top Recipient In Millions Funneled By Pharma To Lawmakers

Greg Walden, Oregon's only Republican in Congress, was one of two lawmakers who received more than $200,000 from pharmaceutical companies since January 2017.
By:
Emmarie Huetteman and Sydney Lupkin 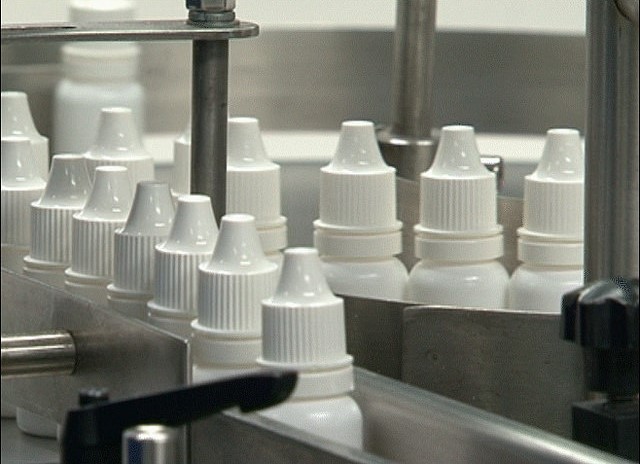 Before the midterm elections heated up, dozens of drugmakers had already poured about $12 million into the war chests of hundreds of members of Congress.

As voters prepare to go to the polls, they can use a new database, “Pharma Cash to Congress,” tracking up to 10 years of pharmaceutical company contributions to any or all members of Congress, illuminating drugmakers’ efforts to influence legislation.

The drug industry ranks among lawmakers’ most generous patrons. In the past decade, Congress has received $79 million from 68 pharma political action committees, or PACs, run by employees of companies that make drugs treating everything from cancer to erectile dysfunction.

Drugmakers’ campaign contributions have reached record-breaking levels in recent years as skyrocketing drug prices have become a hot-button political issue. By June 30, 52 PACs funded by pharmaceutical companies and their trade organizations had given about $12 million to members of Congress for this election cycle. It is unclear whether drugmakers will top their previous 10-year record of $16 million, given during the 2016 election season.

While PAC contributions to candidates are limited, a larger donation frequently accompanies individual contributions from the company’s executives and other employees. It also sends a clear message to the recipient, campaign finance experts say, one they may remember when lobbyists come calling: There’s more where that came from.

The KHN analysis shows that pharmaceutical companies tend to play the field, giving to a wide swath of lawmakers on both sides of the aisle.

The drug industry favors power. Since the beginning of 2017, drugmakers contributed to 217 Republicans and 187 Democrats, giving only slightly more on average to Republicans, who currently control both chambers of Congress. This was also the case for Democrats during the 2010 election cycle, when they controlled Congress.

As with other industries, drugmakers tend to give more to lawmakers in leadership roles. For example, Rep. Paul Ryan, a Wisconsin Republican, became speaker of the House halfway through the 2016 election cycle, prompting drugmakers to pour $75,000 more into his war chest than they had the previous cycle.

Money also tends to flow to congressional committees with jurisdiction over pharmaceutical issues that can affect things like drug pricing and FDA approval. Walden, a nine-term Republican congressman and Oregon's only Republican in Congress, has watched his coffers swell with help from drugmaker PACs since he became chairman of the powerful House Committee on Energy and Commerce in early 2017.

Asked to comment on the increase in Walden’s contributions from drugmakers, Zach Hunter, his committee spokesman, called attention to Walden’s work to lower prescription drug prices and said “no member of Congress has done more” to end the opioid crisis.

Pharmaceutical company PACs also gave to dozens of other members of committees, such as the Senate Committee on Health, Education, Labor and Pensions. And they appear to target congressional districts that are home to their headquarters and other facilities.

The PAC for Purdue Pharma, the embattled opioid manufacturer, gave to only a handful of members this cycle. However, it focused much of its giving on lawmakers from North Carolina, its headquarters for manufacturing and technical operations.

This election cycle, 28 percent of lawmakers did not receive any contributions from pharmaceutical PACs.

Under federal law, corporations cannot donate directly to political candidates. Exploiting a common loophole, they instead set up PACs, funded by money collected from employees. Those PACs then donate to campaigns, which are free to spend that money as they wish on necessities like advertising or campaign events.

Campaign contributions tell only part of the story. Drugmakers also spend millions of dollars lobbying members of Congress directly and give to patient advocacy groups, which provide patients to testify on Capitol Hill and organize social media campaigns on drugmakers’ behalf.

A previous investigation by Kaiser Health News, “Pre$cription for Power,” examined charitable giving by top drugmakers and found that 14 of them donated a combined $116 million to patient advocacy groups in 2015 alone.

And like other industries, pharmaceutical companies wield their political power in ways veiled from the public, giving to “dark money” groups and super PACs — independent groups barred from directly donating to or coordinating with campaigns — bent on swaying lawmaking.

Brendan Fischer, who directs federal reform programs at the Campaign Legal Center, cautioned that a campaign contribution from a corporate PAC does not directly translate into a vote in the drugmaker’s favor.