Virginia Garcia is reaching out to farmworkers.jpg 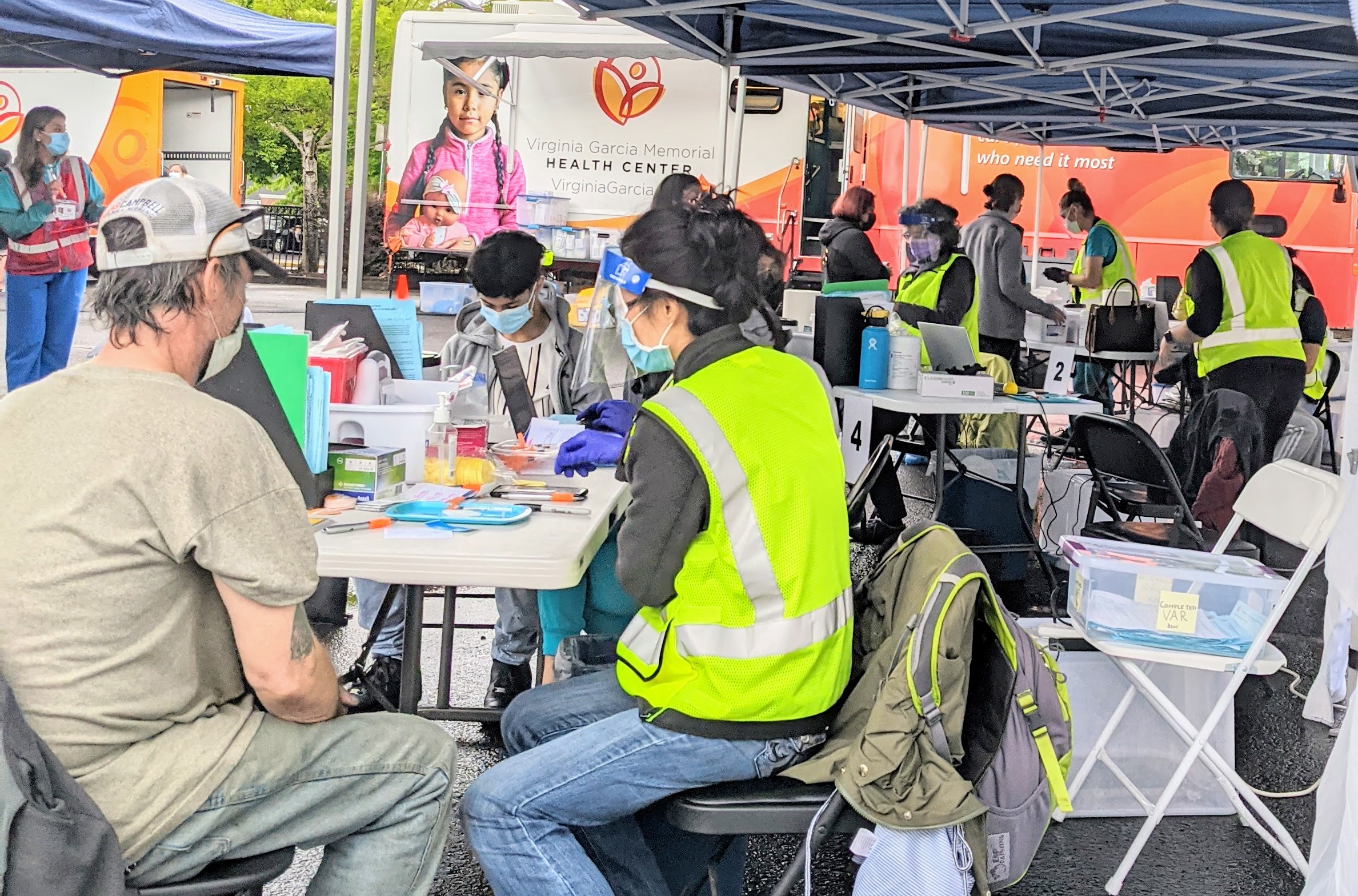 Migrant and seasonal workers toil long hours on farms, usually for six or seven days a week, and they often lack transportation options. It simply wasn’t feasible for them to take time off work and stand in line for hours to wait for a shot.

Many don’t have smartphones or internet access and couldn’t schedule appointments on apps. They typically live in seasonal housing, often in close quarters with other workers and their families.

To reach this at-risk population, advocacy groups and clinics have fanned out across Oregon’s agricultural communities, handing out flyers and contacting migrant workers who harvest Oregon’s blueberries, peaches and other crops. About 174,000 migrant and seasonal farmworkers and their family members live in Oregon, according to Oregon Health Authority estimates.

Virginia Garcia Memorial Health Center sends staff to farms to vaccinate migrant workers, which it started in April. The center runs federally subsidized health clinics in Washington and Yamhill counties and works with immigrant families and other hard-to-reach groups that need primary care. The work plays a critical role in driving up the vaccination rates among some groups of people who are vaccine hesitant.

As of last week, Virginia Garcia had administered nearly 49,000 single doses, allowing close to 24,000 people to complete both required doses. The center has used all three types of vaccines: Pfizer, Moderna and Johnson & Johnson, which only requires one dose.

Those figures include other efforts, such as community events in Beaverton that reach others besides farm workers.

The nonprofit’s work offers a glimpse into the broader efforts of providers to vaccinate hard-to-reach groups — and overcome the barriers those groups face.

Getting these groups vaccinated is crucial to increasing Oregon’s overall vaccination rate at a time when the highly infectious delta variant is marching across the country. Overall, more than 70% percent of Oregonians aged 18 and older are vaccinated. But there is a disparity between white people and people of color.

State data show that  45% of Hispanic and Latino adults aged 18 and older are vaccinated. In comparison, the overall rate is 62% among white  adults. Native Hawaians and Pacific Islanders have the highest vaccination rate: 81%. Those vaccination rates of racial groups come with the caveat that nearly 8% of vaccinated Oregonians have not identified their ethnicity.

Giovanni Gomez, a certified medical assistant with Virginia Garcia’s COVID-19 response team, has assisted with the vaccination efforts at migrant and seasonal farms.

In an interview, he said some people are resistant to getting a shot.

“That’s just from them being misinformed by their peers or family members,” he said.

The nature of farm work plays a role in whether workers get a vaccination, too. Farmworkers have long shifts, often 12 hours, and have limited days off. As a result, they  can be hesitant to get vaccinated out of fear that the side effects may make them ill.

“The main thing is fear of side effects and missing work,” Gomez said. “A lot of the time, they don’t want to get it because they can’t miss work the next day.”

Workers provide questionnaires about possible side effects, and they answer questions based on misinformation, such as the false belief that vaccines cause infertility.

Access is key for getting farmworkers vaccinated,  so Virginia Garcia brings mobile clinics to farms and nurseries directly. That cuts through barriers  preventing  workers from going to a traditional clinic, such as their lack of transportation and  free time.

Mobile clinics aren’t new for Virginia Garcia. The nearly half-century-old health care center has a history of going to people directly to offer health care such as blood pressure and diabetes screenings for migrant workers.

“It's just hard for those folks to come into clinics because they work from sunrise to sundown, so being able to go out to where they work and where they live helps them,” Gomez said.

Advocates are in a good position to encourage immigrants to get vaccinated. Their volunteers and staff usually speak Spanish, allowing them to  overcome language and cultural barriers that create misunderstandings.

Causa, an Oregon immigrant rights organization based in Salem, has worked to get information out to immigrants about vaccination events.

“One of the more concerning things we heard early on was that people were scared to go in just because they didn’t have ID,” said Francisca Garfia, Causa’s communications director.

Others mistakenly believed they needed health insurance or had to pay for the vaccination.

Organizers for PCUN, as it’s known, recently handed out flyers about events and signed people up for clinics, including at the local high school in Woodburn, a major hub for migrant farmworkers in Oregon.

“It’s about visiting the obvious sites — the farms, the nurseries, our local stores where farmworkers come in and shop — that has definitely worked,” said Patricia Verduzco, a spokeswoman for PCUN. “We go and basically hand them the flyer because a lot of folks aren’t social media savvy or don’t have the capacity.”

Still, the group uses every avenue available. For those who use social media, it posts event information up. PCUN also promotes events on a Spanish radio station.

Jul 19 2021
News source:
The Lund Report
Keywords:
farmworkers, vaccine, Virginia Garcia
×
This article is for premium subscribers. If you are one, please sign in below.
You can see two more premium stories for free. To subscribe, click here. We depend on premium subscriptions to survive, and they are tax deductible.
Sign InGo Premium Not now