U.S. Senator Ron Wyden of Oregon Is The Latest Member Of Congress To Test Positive For COVID 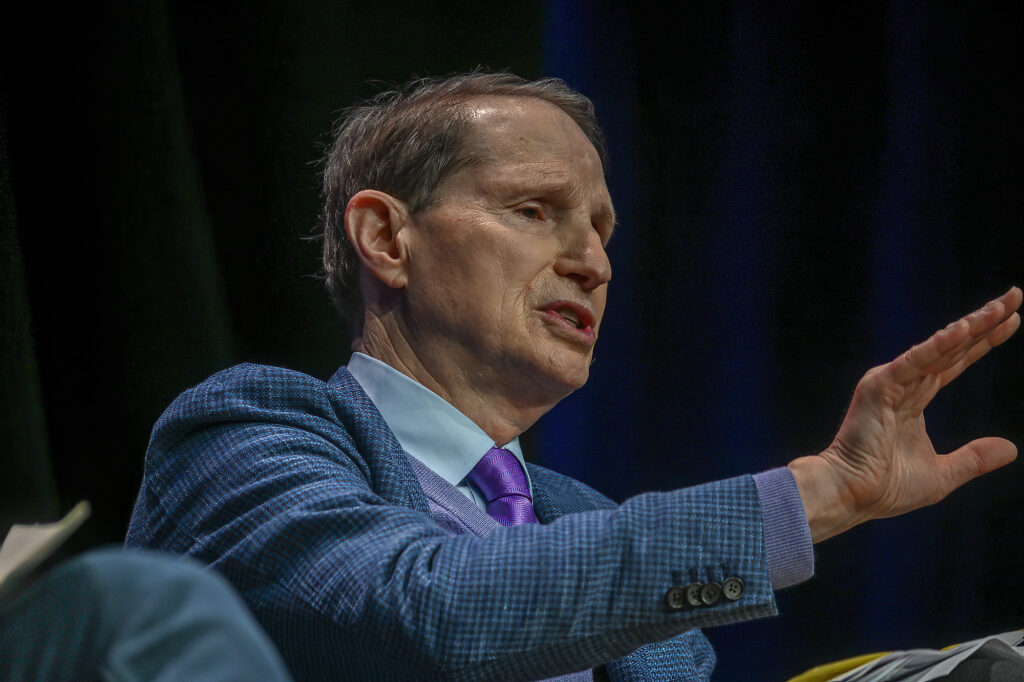 On Twitter and in a news release, he said the infection was caught during routine testing. He’s experiencing “minor symptoms” and is working from his residence in Washington, D.C., the statements said. He will quarantine according to Centers for Disease Control and Prevention guidelines. It recommends that people isolate themselves for five days.

Dozens of Republicans and Democrats in Congress have tested positive for the virus over the past two years. They include House Speaker Nancy Pelosi, who tested positive earlier this month and reported no symptoms. She tested positive a day after appearing at a White House event with President Joe Biden. The California Democrat, 82, is also fully vaccinated.

Dozens of other members of Congress – Republicans and Democrats – have also become infected with the virus. So have Commerce Secretary Gina Raimondo and Attorney General Merrick Garland. The president’s sister, Valerie Biden Owens, has also been infected.

Wyden’s infection coincides with a wave of infections caused by a new variant, BA.2, which appears to be the most infectious to date. The variant has become the dominant strain in Oregon, according to Oregon Health Authority data.

COVID infections have risen in Oregon over the past two weeks, with a seven-day daily average of about 760 known cases. The state can only track reported tests; many people test at home and don’t report the results.