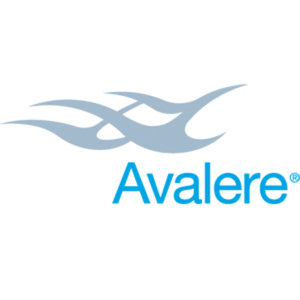 A new analysis from Avalere finds that 17 million women ages 40 to 49 could lose their guarantee of mammogram coverage, if new breast cancer screening guidelines from the United States Preventive Services Task Force (USPSTF) are finalized. Under the Affordable Care Act (ACA), many health plans1 are required to cover preventive services with no cost-sharing for consumers, if those services receive an “A” or “B” rating from the USPSTF. Under the potential new guidelines, the grade for screening women aged 40 to 49 would be a C.

“The USPSTF is working to balance the life-saving benefits of breast cancer screening against the potential risks for over-diagnosis and unnecessary treatment of lower-risk women,” said Caroline Pearson, senior vice president at Avalere. “By linking the ACA rules to USPSTF decisions, coverage for preventive services will continue to evolve as new research and evidence becomes available.”

On April 20, USPSTF released a draft recommendation on breast cancer screening, which largely maintained its November 2009 finding that for average-risk women age 40-49, the net benefit of screening is small. If finalized, this updated recommendation would become the new ACA standard, thereby eliminating the $0 coverage requirement for women in this age cohort. Health plans would still have the option to offer coverage without cost-sharing, above and beyond the minimum ACA requirements.

“USPSTF’s final recommendation will determine how breast cancer screenings are covered for millions of women,” said Sung Hee Choe, director at Avalere. “Policymakers and women’s health groups need to take a close look at the implications of the draft guidelines.” The public has an opportunity to weigh in the draft guidelines during USPSTF’s public comment period, which ends May 18.

Avalere used the 2014 American Community Survey (ACS) health insurance results and demographics to determine the number of women in the Employer and Non-Group markets impacted by USPSTF’s decision. For Medicaid, Avalere applied the demographics of the uninsured population under 138 percent of the federal poverty level (FPL) from ACS to the Medicaid expansion population as of February 2015 based on CMS’ Monthly Applications, Eligibility Determinations and Enrollment Report, released May 1, 2015. Finally, the Exchange demographics come from the Centers for Medicare & Medicaid Services (CMS) ASPE Issue Brief on Health Insurance Marketplaces 2015 Open Enrollment Period: March Enrollment Report. Importantly, the demographics information taken from ACS is based on the 2014 survey which provides information on the 2013 calendar year. As such, the numbers reported may slightly underestimate the number of women in the Employer market while slightly overestimating the number in the Non-Group market due to potential shifts to new coverage sources.

[1] ACA preventive services coverage mandates apply to non-grandfathered health plans sold in the employer market and the individual market (inside and outside of exchanges), as well as to Medicaid expansion populations. Note that many states have elected to maintain equivalent benefit packages for their traditional and expanded Medicaid populations, which could increase the number of women impacted in the Medicaid market.

If you would like to speak with an Avalere expert about today’s analysis, please contact Frank Walsh at (504) 309-5164.

Avalere Health is a strategic advisory company whose core purpose is to create innovative solutions to complex healthcare problems. Based in Washington, D.C., the firm delivers actionable insights, business intelligence tools and custom analytics for leaders in healthcare business and policy. Avalere's experts span 230 staff drawn from Fortune 500 healthcare companies, the federal government (e.g., CMS, OMB, CBO and the Congress), top consultancies and nonprofits. The firm offers deep substance on the full range of healthcare business issues affecting the Fortune 500 healthcare companies. Avalere’s focus on strategy is supported by a rigorous, in-house analytic research group that uses public and private data to generate quantitative insight. Through events, publications and interactive programs, Avalere insights are accessible to a broad range of customers. For more information, visit avalere.com, or follow us on Twitter @avalerehealth.