UnitedHealth Warns Of Marketplace Exit – Start Of A Trend Or Push For White House Action? 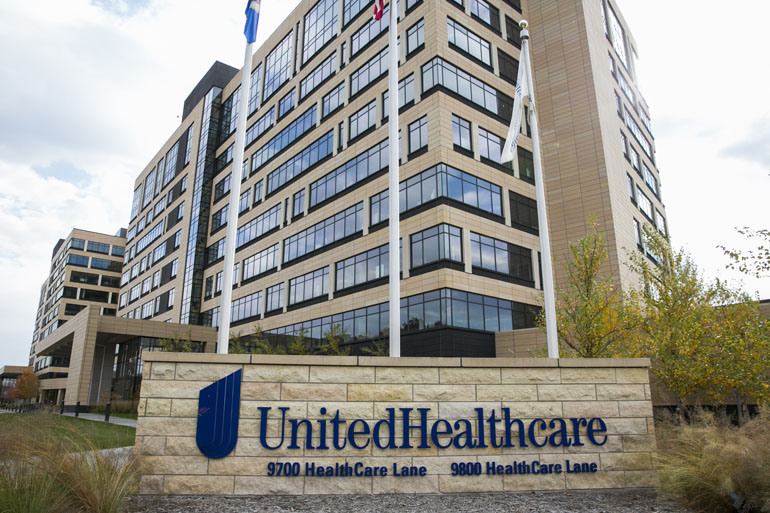 UnitedHealthGroup laid out a litany of reasons Thursday why it might stop selling individual health insurance through federal and state markets in 2017 — a move some see as an effort to compel the Obama administration to ease regulations and make good on promised payments.

Those problems, including low participation by healthy people, have led to financial losses, according to UnitedHealth. If not addressed, similar issues could affect other insurers, causing more to exit the market in the coming years, some Wall Street analysts and policy experts said.

Many said they anticipate the federal government will act to forestall widespread departures, particularly because continued withdrawals could be politically explosive during an election year.

A key piece of President Barack Obama’s signature health care law, the online marketplaces, also called exchanges, opened in 2014 for people who buy their own insurance because they don’t get it through their jobs. Enrollment, while growing, has fallen short of capturing the share of the eligible uninsured that was anticipated. This year, the marketplaces saw enrollment of more than 9 million customers, although the law’s expansion of Medicaid enrollment in many states has also played a large role in reducing the overall number of uninsured.

Only a month ago, United sounded more optimistic about business on the exchanges. But in its unexpected disclosure Thursday, the insurer said it would cut its earnings forecast and projected hundreds of millions in losses stemming from the policies it sells through the health law’s marketplaces.

The turnaround led some analysts to ask the insurer what had changed.

Stephen Hemsley, UnitedHealth chief executive officer, said too many healthy people dropped coverage and noted slower than expected enrollment. A major factor, he added, was far higher costs for those who signed up  for 2015 coverage under special exemptions after the general open enrollment period ended. Those exemptions included, for example, people who lost their insurance, moved or suffered a hardship, such as an eviction or had their utilities turned off. United said it did not see a similar increase in costs for people who bought policies from private brokers or websites instead of the government marketplaces after open enrollment, suggesting the reason was partly that the company’s eligibility assessments were more thorough.

The firm did not say it would halt sales in 2017 but warned that it would strongly consider doing so based on what happens in the next few months.

“We cannot sustain these losses,” he told Wall Street analysts. “We can’t subsidize a marketplace that doesn’t appear at the moment to be sustaining itself.”

Although it’s the nation’s largest insurer, United captured only a small percentage of consumers who currently have coverage through the Affordable Care Act marketplace, in part because it sat out the first year of enrollment and really ramped up only for this year’s coverage.

While seen as a serious challenge to the health care law, United’s decision alone doesn’t mark the death knell for the exchanges. In remarks to analysts and press reports on Thursday, Aetna and insurer Kaiser Permanente re-affirmed their commitment to selling through the marketplaces.

HHS Spokesman Ben Wakana defended the government marketplaces, noting that 9 of 10 of policyholders re-enrolling have a choice of three or more insurers for next year. “The reality is we continue to see more people signing up for health insurance and more issuers entering the Marketplaces, and at the end of January, we believe we’ll be looking at another successful open enrollment– just like the last two,” he said. “[Thursday’s] statement by one issuer is not indicative of the Marketplace’s strength and viability.”

But insurers, including Humana, Aetna and some of the large Blue Cross Blue Shield plans, were losing money or barely breaking even on their marketplace business, according to earnings reports.

“If there are no changes, all the large publicly traded companies will end up leaving,” said Ana Gupte, analyst with Leerink Partners. “But I would be very surprised if [the Department of Health and Human Services] doesn’t do something to accommodate their issues.”

Those options would be limited to what the agency could do without congressional action, many analysts said. Still, that could include relaxing some regulations or reconsidering some of the exemptions that allow people to sign up after the open enrollment period.

Former insurance executive and consultant Robert Laszewski said the administration needs to relax the rules to give insurers more flexibility to design plans that would attract healthier people. He said the costs – including deductibles and premiums – were too high for many people, particularly those with few medical needs.

“Disproportionately, the sick are signing up and the healthy are dropping out,” said Laszewski, adding that alternative plans with fewer benefits but lower costs should be made available.

Economist Len Nichols cautioned, however, that most of the law’s benefit requirements – taken individually – add little to the cost of a plan. Removing the bigger-ticket requirements, such as coverage for maternity care, would leave consumers without adequate coverage, said Nichols, who directs the George Mason University Center for Health Research and Ethics.

Nichols, Gupte and other analysts agree with the industry’s trade lobby, which says one thing the administration could do is make good on a promise to pay insurers under a temporary program designed to redistribute profits from some insurers that did especially well to offset losses others experienced in the marketplace plans. That program, however, has paid only about 13 cents on the dollar of what was promised, mainly because fewer insurers than expected made money.

Earlier this month, HHS Secretary Sylvia Burwell said the administration is exploring ways it might be able to help make those payments, although such a move comes too late to save many of the dozen insurance cooperatives that have announced they will pull out of the market in January. The less-than-anticipated payments are often cited as a main factor in the co-ops demise.