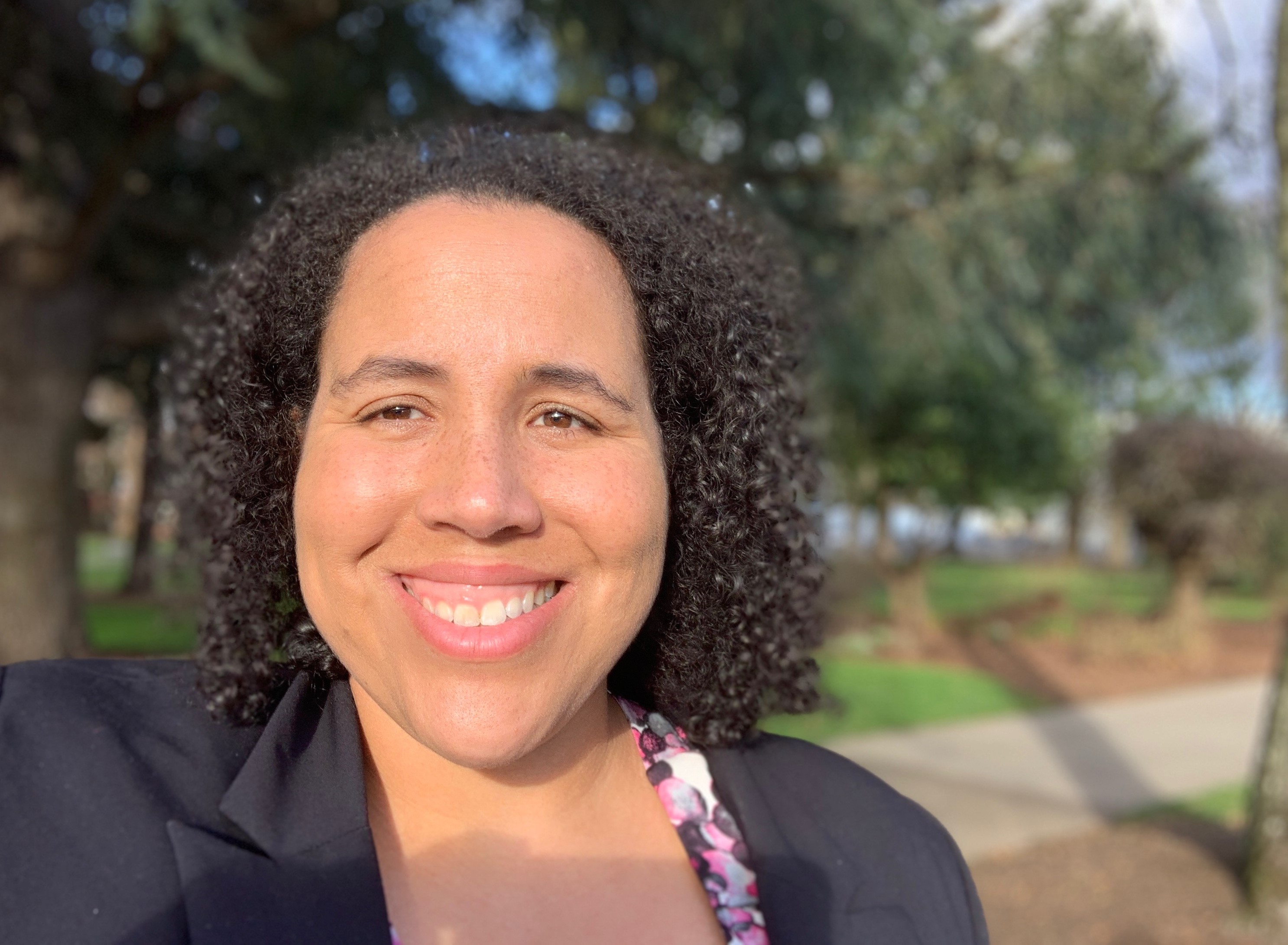 Most of Oregon’s hospitals are nonprofits. They get a break on state and local taxes and in exchange, they’re supposed to provide free or discounted care to those who can’t afford it.

But charity care has decreased in recent years while hospital profits have increased.

Local labor officials don’t think that’s right. Officials at the Portland-based Service Employees International Union, SEIU Local 49, have crafted a bill which would limit property tax breaks for nonprofit hospitals based on how much they spend on charity care. It would also require hospitals to post online the eligibility requirements for free or discounted services.

House Bill 3076 would require hospitals to cover the health care costs of patients who make up to 200 percent of the federal poverty level -- up to $24,980 for one person or up to $51,500 for a family of four. Hospital bills for patients who make up to six times the federal poverty level would be capped at 10 percent of the patient’s annual income, and the hospital would cover the rest.

The bill also would cap the interest rates hospitals charge on debt and prohibit hospitals from passing debt on to a dead patient’s relatives.

“The last thing we want is for somebody to go in the hospital, and they die, which is a tragedy to family, then suddenly the family owes the hospital hundreds of thousands of dollars,” said Felisa Hagins, political director for SEIU Local 49.

Hagins has long been involved in health policy: She was a member of the Oregon Health Policy Board for nine years.

The Lund Report sat down with Hagins to talk about the proposed charity care bill and the union’s other health care initiatives. The following Q&A has been edited for brevity and clarity.

Tell me about the work you’re doing through SEIU that’s related to health care.

We’ve been working on charity care and community benefit for the last eight to 10 years.

Our members are incredibly concerned about staffing issues and what that looks like for them. How do we raise issues of staffing to improve patient care, but also to improve a worker’s ability not to be injured on the job or hurt on the job? We’re always doing work on cost containment. That’s a big issue for us. Medicare just outlawed hospitals from charging facility fees (at) their outpatient clinics. We’d like to see Oregon do the same thing.

When you go to the hospital, there is a fee tacked on to your bill from the hospital because they’re expensive to operate 24 hours, regardless of whether you’re there or not. They have very expensive equipment and special cleaning and operating rooms. There is a fee charged to every patient to sort of take care of that structure. As hospitals have acquired clinics or affiliated clinics as part of their system, they’ve been transferring the fee into those clinics as well, even though they have never (charged) them before and there is no facility to care for in the same way. Medicare said we’re not paying for those anymore so we think the state should say we’re not paying for those either.

How has the charity care bill been received in the Legislature? Do you anticipate it will pass easily or will there be obstacles?

We’ve been trying to work with the hospitals to come to an agreement on the bill. We’re not quite there yet. If you don’t have agreement, that’s going to set up obstacles.

But (Rep. Andrea Salinas, D-Lake Oswego) is one of the co-sponsors. She is the chief sponsor of the bill, and she’s the chair of the House health care committee so I’m feeling really optimistic about it.

You said this is an issue you’ve been talking about for a while. Is there something that would make the Legislature more willing to act now?

This is a new bill. This is the first time we’ve said let’s take this on as a bigger problem. We’ve been in a workgroup with the hospitals for eight months. All of those things have sort of come together. Often times with the Legislature, it just takes a long time to educate people and get them up to speed about where things are at. I also think the makeup of the Legislature has changed.

How has working with the hospitals on it been?

It’s been frustrating. I feel like they’ve been really slow moving around the issue. They’re really resistant to having a minimum (spending requirement.) It’s just been challenging. But they have their interests. Hopefully, they’ll come to the table and appreciate that we have made some movement on things.

Do you have any other bills either currently in the Legislature or that you plan to introduce this session?

The charity care, the staffing. We’re going to be supportive of the 419 workgroup from the last session that came out with how do we set a cap on health care spending growth in the state. We’re supportive of that process.

What is SEIU’s role in that workforce staffing bill?

We represent workers and nurses in many hospitals. Our interest is there are (certified nurse staffing committees) that have been set up. We want to add a certified nursing assistant to that committee. We want to make it so every worker in the hospital, if they have a staffing issue that concerns them or patients, they can bring that forward to the staffing committee and have that be heard there. That’s really important.

The staffing bill is focused on what people consider direct care, but there’s a lot of indirect care that matters a lot to patients. People really want clean rooms when they go to a hospital. They really want clean equipment, especially when someone sticks it inside of your body. A lot of medical conditions really need to get their food trays on time and the appropriate food. All of those have huge impacts on health, especially on hospital care. How do those workers bring those issues forward where they don’t feel like they’re doing the best they can to protect the patients.

Who does SEIU represent in hospitals?

We represent everyone in the hospital up to nurses: housekeepers, dietary aids, certified nursing assistants, X-ray techs, pharmacists, pharmacy techs.

Let’s get back to the other bills you were talking about.

There’s the facility fee I mentioned. We have a bill on dialysis that is a national priority for us. It’s been introduced in five different states around dialysis companies and third party payments. Dialysis companies are paying the American Kidney Foundation money to cover people on commercial insurance so they can get the commercial insurance rate, but then they’re putting conditions on how those folks get care. So if you get a kidney transplant, you could be kicked off your commercial insurance. If you don’t use one of their clinics, they can deny you commercial insurance. If you go to a dialysis center that’s not paying in, they don’t cover you. We’re doing a bill that says give money to the American Kidney Foundation, but you can’t be kicked off your insurance regardless of how you and your doctor decide to move forward with your health care. You should be able to go to any facility that’s close to your home. Especially dialysis is very taxing on people. They should get the Medicare rate because Medicare covers dialysis.

Kidney dialysis is obviously a health care issue. Why would the SEIU take on this dialysis issue?

Any other pieces of legislation that are coming?

What do you think the state is doing well in terms of reforming health care?

The state is doing a lot of things really well. I can’t say more than enough nice things about (Oregon Health Authority Director) Pat Allen and Tina Edlund, (Gov. Kate Brown’s senior policy advisor on health), and health policy director Jeremy Vandehey, who I think are working really hard and have a commitment to health care and health equity.

The access issue, I think the state is doing incredibly well on. There are a handful of states who really walk the talk on that and I think that Oregon is one of them, and that’s going really well.

(Coordinated Care Organizations)  are going well. They’re going better than I expected them to be going. There is a shift in how people are actually providing care. If we could figure out with the federal government how to shift that payment reform piece on Medicaid, that would be going better. But I still feel like we need to give credit to making that shift and that leap. That’s really happening.

And I think there’s actually starting to be a really meaningful discussion around public health because of that shift. All of those things are going really well.

How has public health improved?

Where is the state falling short on health care?

We’re falling desperately short on mental health in a variety of ways, (including) hiring the workforce. Mental health is an area where we’re educating a lot of mental health workers -- like licensed clinical social workers, counselors -- and there’s a lot of folks out there that do that type of work, but we’re not hiring them. We’re not paying them so that they can sustain a career. That actually would make the workforce robust enough to take care of mental health issues. Any time there is a mental health care facility, we haven’t staffed it, or designed it or adequately put the resources into it to deal with the acuity of people that are in mental health crisis.

We frankly just haven’t been doing a good job of holding the system accountable for costs. We need to do a better job at that. We’re going to have winners and losers when it comes to health care costs. The reality is we have a system that has been built on people winning lots and lots of money, and patients losing. We need to flip that on its head.

What does flipping that on its head look like?

Have a tip about health policy? Reach Jessica Floum at [email protected].

Mar 25 2019
News source:
The Lund Report
Keywords:
seiu, hospitals, charity care, cna, certified nursing assistant, House Bill 3076
×
This article is for premium subscribers. If you are one, please sign in below.
You can see two more premium stories for free. To subscribe, click here. We depend on premium subscriptions to survive, and they are tax deductible.
Sign InGo Premium Not now