Uninsured Charged Much More Depending on the Clinic

The prices for cataract surgery for an uninsured patient vary from $2,500 to more than $8,000 depending on whether the clinic is located in Bend, Portland or Salem
By:
Tom Olsen 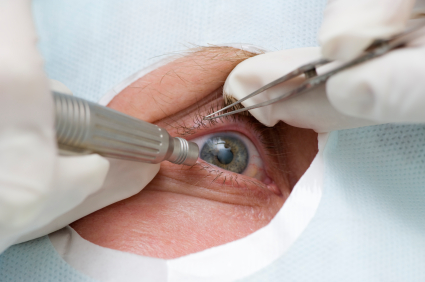 February 25, 2013 -- At 63 and self-employed, I'm too young for Medicare, I make too much money to qualify for Medicaid, but I don't make nearly enough to afford an individual insurance policy.

So I'm uninsured like 678,000 other Oregonians under the age of 64, according to the Oregon Health Authority.

And like me, the majority of the uninsured work for a living. We trust in good luck and a robust gene pool to keep us from the one big accident or serious illness that could spell financial disaster.

I'd hoped to sail unscathed through the medical mine field right up to the day I turned 65 and qualified for Medicare, but my luck ran out last summer: I was diagnosed with cataracts, a progressive clouding of the lenses of my eyes that, left untreated, would render me totally blind.

Cataracts affect 18 percent of the population, most - but not all - over the age of 65. According to the Prevention of Blindness Association, I was one of the 4 percent between the ages of 40 and 64 with cataracts.

In spite of my diagnosis, there was also good news: In the US, diseased lenses are routinely replaced with intraocular lens implants (IOLs) more than 3 million times a year with a 98 percent success rate, according to All About Vision, which says the uninsured can pay about $3,500 for an IOL - on average and per eye – an outpatient procedure that takes about 15 minutes.

The word “average” grabbed my attention: clearly, some providers charged more and some less. As a self-paying patient about to spend thousands of dollars to restore my sight, it was up to me to find the best value. What I learned, after contacting five ophthalmology clinics was pretty astounding – some uninsured patients can pay more than $8,000 for the exact same procedure, while I found a clinic that only charged $2,500.

I began looking in Central Oregon where I live but also surveyed several clinics in Portland and Salem.

The query was the same: Male, 62, with cataracts but no insurance. Please quote the total cost for a simple IOL with single focal length lens in one eye; no unusual pre-op conditions and a routine recovery; cash paid at time of service.

These quotes reflect cash discounts and are rounded to the nearest dollar; fixing both of my eyes would double the cost:

Thinking the procedure might cost less in Portland, I called The Portland Clinic. Mike Schwab, CEO, clarified that The Portland Clinic's charges include the fee for an anesthesiologist rather than a nurse anesthetist because the doctors are better trained and therefore safer:

Then thinking I might do well by myself and a good turn for humanity by offering my diseased eyes to ophthalmology residents at the Oregon Health & Science University for training purposes, I contacted the Casey Eye Institute:

OHSU hospital CFO Diana Gernhart told me it's rare for anyone to pay the published rate because of its academic and charitable mission. She said patients earning less than 200 percent of poverty – about $31,000 for family of two - pay nothing and those earning 200-400 percent are charged based on a sliding fee scale. These discounts are the result of the provider tax agreement OHSU made with the state of Oregon in 2009; in the last half of 2012, 26 uninsured patients had lens implants, and 22 paid nothing for their surgeries.

But because OHSU relies on its primary care network in the Portland area for most of its routine referrals, it encourages Oregonians elsewhere in the state to seek care in their own communities, she said.

As my cataracts were routine, and I lived outside the Portland metro area, and earned more than 200 percent of poverty, OHSU was not an option for me.

I finally called Eye Care Physicians and Surgeons in Salem; they do their IOLs at their affiliated Salem Laser and Surgery Center. With cash paid in full before the surgery, the charges were:

Eye Care gave the lowest quote, and, if the doctors checked out, it was probably my best choice.

I reviewed the credentials of the five ophthalmologists at the clinic through the Oregon Medical Board. All were currently licensed, board-certified and among them had more than 50 years' experience as eye doctors. In that time, the OMB had not recorded a single “closed malpractice claim” against any of these physicians.

So this was my clinic, and I chose Dr. Richard Neahring as my surgeon. I liked that he was first trained as an internist and, in spite of his ten years at the clinic, was still the youngest partner in the practice.

Since then, I've paid $5,300 in cash for my initial consultation, pre- and post-op eye drops and Neahring performed two highly successful lens implants: I see better now than I have in years.

Most self-pay patients in Oregon are the working poor or the unemployed. Statistically, they have limited education and live near or below the poverty line. They are unlikely to know how find the best deal, and some pay thousands of dollars more because of their lack of knowledge.

They also pay more because they can't pay the discounted price at the time of service; therefore they must borrow money.

Many eye clinics offer their patients “medical credit cards” through some of the largest lenders in America, Citibank, Access One and GE Capital. But people should be aware of the hidden costs.

Clinics are paid by the lender up front - often at the discounted prices - for the care that the clinics provide their patients. The lenders cover the risk of financing the cash-strapped patients' retail charges by lending at predatory interest rates.

Many self-pay cataract patients must feel caught between the proverbial rock of blindness and the hard place of their poverty. Stuck there, many must put off the implants until the cataracts become disabling or even -- in the case of visually impaired drivers – dangerous.

But the healthcare environment is improving.

In five years, the implementation of the Oregon Health Plan and the Affordable Care Act should be complete. And most of those now going blind with cataracts because they can't pay for the implants will remember this as a bad dream from the past.

And I will have been on Medicare for the previous three years.

Very interesting article, and consistent with the wide variation in price around the country. But is even $2500 too much? A quick internet search seemed to indicate that the price is about half of that in most other countries.

Great observation and probably so! I didn't look outside of the country to price my procedures, but perhaps I should have. Following up on your suggestion, I discovered lens implants may be less than $1,000 an eye in Vancouver, Canada, according to a story in the Vancouver Sun, June 5, 2012.

I find one paragraph very

I find one paragraph very irritating in this commenter’s story: "And like me, the majority of the uninsured work for a living. We trust in good luck and a robust gene pool to keep us from the one big accident or serious illness that could spell financial disaster." What this really means is you've decided (for whatever reason) that you want to be self-employed and forego the benefit packages offered by most employers. Whether the reason is you 'like what you do' or 'you like being independent' the bottom line is you've made this decision. What I find reprehensible is that you've also made the decision to go without health insurance - your plan is to rely on other people (i.e. State Government, Federal Government, tax payers) to subsidize your health care while you pay nothing while your healthy. In the event of 'one big accident or serious illness that could spell financial disaster’ you will simply declare bankruptcy and leave the rest of us holding a the bag. Bottom line - either buy Health Insure or give up your so-called self-employment and find a job with health benefits and stop relying on everyone else. This is what is making health care costs so outrageously expensive for those of us who do buy medical insurance.

Perhaps this additional information will lead you to some different conclusions. The following information is from "Oregon's Uninsured: Analysis of the 2010 American Community Survey", published in April, 2012, by the Oregon Office of Health Policy and Research: Fifty-eight percent of the uninsured between 19 and 64 are working, but at low-paying agricultural or service jobs. On average they make less than 200 percent of poverty for employers that can't or won't offer health insurance at any price; think small business or Walmart. Go to www.ehealthinsurance.com and price an individual health insurance policy for you and your family. A policy for my wife and me, even with a $5,000 deductible, would cost almost $14,000 a year, for example. And all of the above help explain why medical debt is one of the leading causes of personal bankruptcy in America, as you point out.