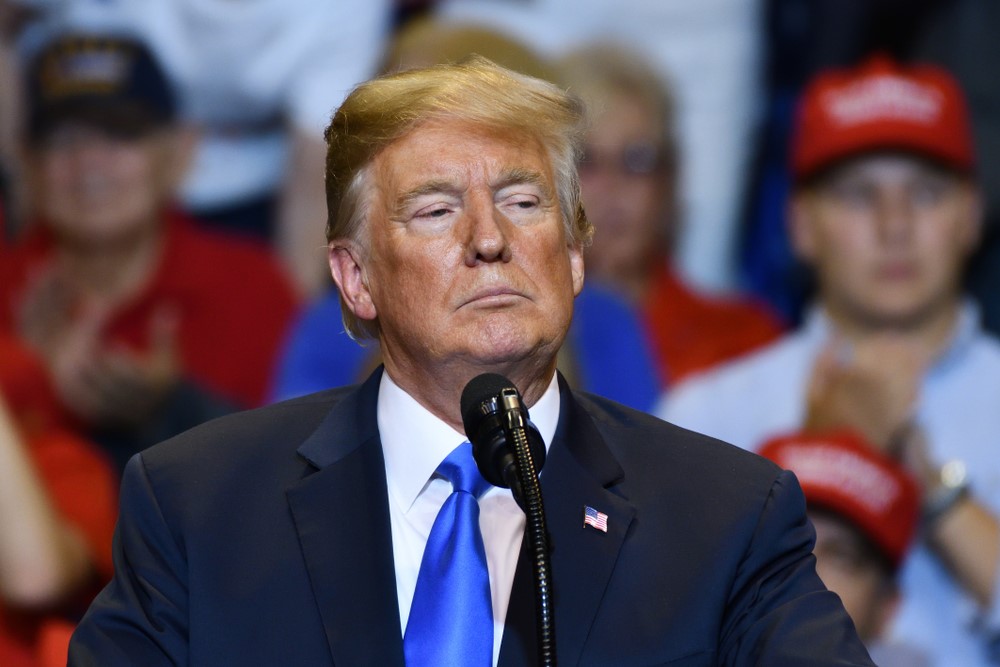 President Donald Trump entered office seeking a massive overhaul of the Medicaid program, which had just experienced the biggest growth spurt in its 50-year history.

His administration supported repealing the Affordable Care Act’s Medicaid expansion, which has added millions of adults to the federal-state health program for lower-income Americans. He also wanted states to require certain enrollees to work. He sought to discontinue the open-ended federal funding that keeps pace with rising Medicaid enrollment and costs.

He has achieved none of these ambitious goals.

Although Congress and the courts blocked a Medicaid overhaul, the Trump administration has left its mark on the nation’s largest government-run health program as it has sought to make states more responsible for assessing its impact and improving the health of enrollees.

One notable achievement: The Trump administration pushed some states to be more aggressive in weeding out ineligible recipients — an initiative that led to a drop in enrollment of children in several states, including Missouri and Tennessee. About half of those enrolled in Medicaid are children.

A recent report from the Georgetown University Center for Children and Families found that the number of uninsured children rose by more than 700,000 to 4.4 million from 2017 through 2019. The increase of uncovered children stands out since uninsured rates typically drop during periods of economic growth, such as the one occurring from 2017 to 2019.

Advocates for the poor say the administration’s efforts contributed to an increase in the number of uninsured children, after years of decline. “The administration has not succeeded on any of its goals in any meaningful way,” said Joan Alker, executive director of the Georgetown center. “But they still have inflicted some damaging changes to the program.”

“The administration has not prioritized the health of children,” said Bruce Lesley, president of the child advocacy group First Focus on Children.

Alker attributes the rise in uninsured children to federal officials’ decision to slash outreach funding for the Obamacare insurance exchanges — through which families eligible for Medicaid are often identified — and the administration’s focus on the “public charge” rule. That provision allows the federal government to more easily deny permanent residency status, popularly known as green cards, or entry visas to applicants who use — or are deemed likely to use — publicly funded programs such as food stamps, housing assistance and Medicaid.

Medicaid officials said the increase is partly due to loss of health coverage by middle-income families who are not eligible for Medicaid. They say those families don’t qualify for government subsidies for the ACA’s marketplace plans and were forced to drop their plans because of high premiums.

But Alker said federal data suggests that families who have incomes over the 400% federal poverty level eligibility limit for subsidies (about $87,000 for a family of three) saw a slower rate of increase in the number of uninsured children as opposed to lower-income kids.

A spokesperson for the federal government’s Centers for Medicare & Medicaid Services said the agency was “committed to ensuring that eligible children are enrolled and retained in coverage” and it spent $48 million in grants for outreach and enrollment effort last year.

The Trump administration opposes the ACA’s expansion of Medicaid, which provided billions in federal dollars to cover nondisabled, low-income adults. Yet seven states adopted the expansion during the past three years, including Republican-controlled Utah, Idaho, Oklahoma, Nebraska and Missouri.

Despite the aim to shrink the program, about 75 million people were enrolled in Medicaid in June 2020 — roughly the same number as in January 2017, when Trump took office.

One reason is that Medicaid enrollment soared this year following the COVID-19 outbreak as unemployment spiked to historic highs and federal stimulus money forbid states to drop anyone unless they moved out of state.

But that is far from the administration’s goal of “ushering in a new day” for Medicaid, as CMS Administrator Seema Verma said when she laid out her bold vision in a 2017 speech.

Verma acknowledged she was stepping into a hornet’s nest of entrenched stakeholders and interest groups.

“I would like to invite everybody here today who have fought the political healthcare battles over the last decade to take a deep breath, exhale and agree to reset as a group,” she said.

They didn’t. The administration’s major Medicaid changes were met with opposition from hospitals, doctors and patient advocacy groups, who feared the efforts would lead to cuts in funding or add obstacles for enrollees seeking care.

Officials spent two years seeking to allow states to require enrollees to work or volunteer as a condition for enrollment. They approved proposals from 10 states, but only Arkansas implemented the new requirement before a federal judge ruled it illegal. Arkansas’ brief experience resulted in more than 18,000 adults losing coverage.

After losing in federal district and appeals courts, the Trump administration has appealed to the Supreme Court, which will decide later this year whether to take the case.

The push for work requirements and other changes have altered the culture of Medicaid so that officials are more intent on keeping people out of the program instead of welcoming more in, said Lesley, of First Focus.

Before the pandemic, he said, the administration allowed states to add hurdles for families to get enrolled and stay enrolled, such as requiring them to more frequently recertify their income eligibility.

Aaron Yelowitz, a professor of economics at the University of Kentucky, said one of the Trump administration’s biggest impacts on Medicaid was prodding states to be more active in making sure they were covering only people who met the states’ eligibility rules. He noted the ACA gave states incentives to enroll newly eligible adults over traditional groups such as children and the disabled because the federal government paid a higher share of the cost.

The administration — as well as Republicans in Congress — favored a fundamental change in how Medicaid is funded. But Congress failed to move the program to a “block grant” approach, which would have given states a set annual amount — rather than the current system that provides funding determined by how many people qualify for the program and health costs. The GOP proposal also would have allowed states more flexibility in running the operations.

Critics predicted a block grant would have cut billions in state funding and led to cuts in services and eligibility.

Once the legislative proposal was dead, the administration sought to enact the strategy via its authority to test changes in payment methods. Only one state applied — Oklahoma — and it dropped its application this year after voters passed a Medicaid expansion ballot initiative.

Verma promised to give states more flexibility in running their programs in other ways, while also holding them more accountable for care to Medicaid enrollees. CMS has approved dozens of Medicaid waivers since 2017, including allowing states to be more innovative in helping enrollees with substance abuse or addiction problems and serious mental illness. It granted more than 30 states waivers to enhance treatment options.

With Medicaid paying for more than half of all births in the United States, Verma also sought to improve oversight of prenatal and early childhood services.

While CMS has started a scorecard to track Medicaid outcomes, the data is missing for several states or outdated on several measures. For example, the low-birthweight measure is missing data from more than 20 states and no data is listed on children born with an addiction.

CMS officials said they are working to provide more updated information on its report card.

Changes implemented by the administration, officials added, have elicited more timely data from states, allowing them to spot problems quicker. For example, in September, CMS determined that many children were delayed from March through May in seeing a doctor and getting important vaccines as the pandemic took hold. CMS pushed states and health providers to remedy the problem but did not offer specific help.

Asked during a recent phone briefing with reporters about Medicaid’s legacy under her stewardship, Verma didn’t mention the expansion, work requirements or efforts to turn Medicaid into a block grant program for states.

“We have aimed to try to ensure the program is sustainable for generations to come and ensure better outcomes for those it serves,” she said.