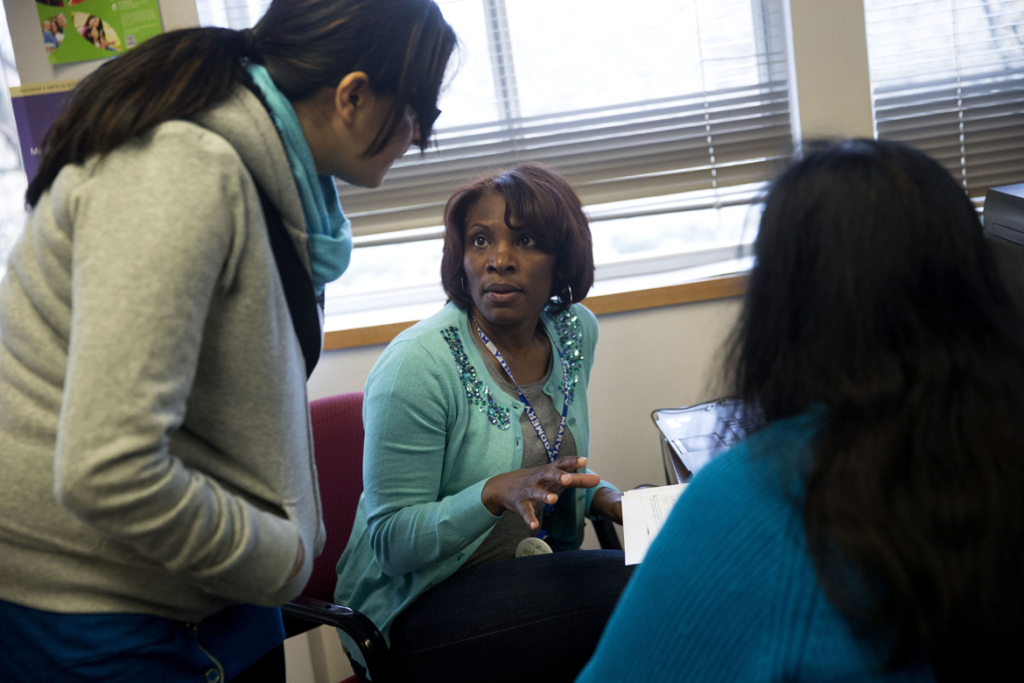 President Donald Trump has insisted for months that “Obamacare is already dead.”

His administration matched its harsh words with damaging action on Thursday — slashing millions of dollars from the government’s budget to promote the health law’s annual open enrollment season beginning in two months.

The move is likely to translate into reduced marketing and fewer navigators — trained representatives deployed by nonprofit groups that receive federal grants to help people understand health insurance options and purchase a plan. The effect could cause more confusion for consumers in an abbreviated enrollment period that is 45 days shorter than last year — running from Nov. 1 to Dec. 15.

Grants to the nonprofits that supply navigators will fall by 40 percent to $36.8 million this year and advertising will drop by 90 percent to $10 million, the Centers for Medicare & Medicaid Services said. The money will be spent in 38 states that use the government’s healthcare.gov exchange.

Administration officials said that five years into the Affordable Care Act, most people know they need to sign up and what their options are, and that there is no evidence that more advertising leads to higher enrollment. Last year’s $100 million advertising budget was double that of 2015’s.

“I can’t think what the justification is for doing this” because experience has shown people need help getting through the enrollment process, said Jodi Ray, who leads the University of South Florida’s navigator program. It has won the largest navigator award in the country for the past several years, about $5.9 million.

Ray doesn’t know what USF will get this year. Grant amounts to navigators have not been announced yet.

“It’s going to be a really big challenge and doing a lot of extra work with fewer people on the ground and doing the work in half the time,” she said.

Shelli Quenga, director of programs for the Palmetto Project in Charleston and Columbia, S.C., fears her group will have to reduce its workforce and events. Palmetto received $1 million last year.

“We will face massive cuts to our budget,” Quenga said. “I am very worried for the fate of South Carolinians who need access to impartial and unbiased information.”

Funding for 98 navigator organizations will be tied to how each performed last year relative to the enrollment goals they set for themselves. Those that didn’t meet their goals — 78 percent did not, according to CMS — will get less money this year. If an organization hit only 30 percent of its goal last year, it will receive 30 percent of last year’s funding.

That formula has some flaws, said Lori Lodes, who directed CMS’ outreach efforts in 2014 and 2015 under the Obama administration.

For one, navigators don’t get credit for every enrollment they help produce. Sometimes, consumers consult navigators about their choices and then complete their enrollment in private at home, said Lodes, who now directs the Families USA campaign called Protect Our Care.

Another problem with the formula, she said, is that it fails to recognize the large amounts of time that navigators sometimes invest in helping people who are not native English speakers or have disabilities and need more help finding suitable health plans. That could contribute to groups signing up fewer people than anticipated.

In a background briefing for reporters, Health and Human Services Department officials said too much money was spent in past years with too little to show for it. They cited a navigator group in one state last year that enrolled only one person in an insurance plan but received $200,000, which they said could have paid insurance premiums for 31 people in that state for the entire year.

They noted that the advertising budget doubled last year, but despite the increase, enrollment fell by 42 percent, or about 500,000 people.

But Joel Ario, a former HHS official in the Obama administration who oversaw the federal and state insurance exchanges, challenged their judgment.

The decrease resulted from the Trump administration’s decision to end advertising as 2017’s open enrollment period entered its final weeks in January, he said.

States that run their own marketplaces are not included in the navigation program. But some of them are continuing to put resources into enrollment. California’s 2017-18 marketing budget stands in stark contrast to the federal government’s. The state is poised to spend $111.5 million advertising Obamacare, more than 10 times what CMS plans to spend in 38 states.