Officials are working on a multi-pronged plan to promote competition, attack the drug rebate system and introduce other ways to lower prices.
By:
Sarah Jane Tribble 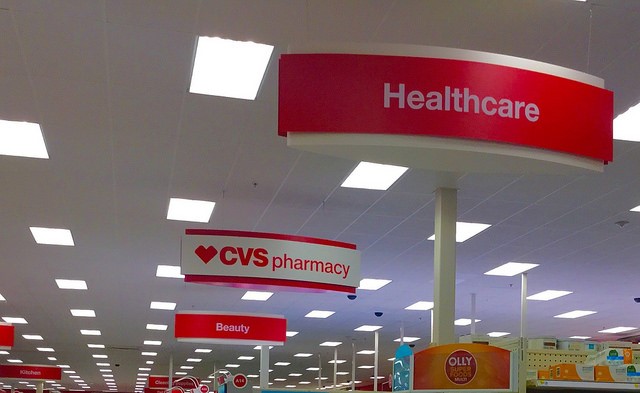 Three months after President Donald Trump announced his blueprint to bring down drug prices, administration officials have begun putting some teeth behind the rhetoric.

Many details have yet to be announced. But experts who pay close attention to federal drug policy and Medicare rules say the administration is preparing to incrementally roll out a multipronged plan that tasks the Centers for Medicare & Medicaid Services and the Food and Drug Administration with promoting competition, attacking the complicated drug rebate system and introducing tactics to lower what the government pays for drugs.

Mark McClellan, director of the Duke-Margolis Center for Health Policy in Durham, N.C., and a former CMS administrator, said that although none of the initial steps has “fundamentally transformed drug prices,” there is “a lot going on inside the administration.”

Two HHS officials who are rolling out the plan, Dan Best and John O’Brien, described their efforts to Kaiser Health News not as a public relations strategy but a push to reform the system.

But others are not so optimistic.

Ameet Sarpatwari, an instructor in medicine at Harvard Medical School in Boston, said policies the administration has rolled out thus far “alone will not translate into meaningful cost savings for most Americans.”

Broadly, the strategy falls under a handful of steps:

Health and Human Services Secretary Alex Azar has said Americans “do not have a real market for prescription drugs” because drug middlemen and insurers get a wide range of hidden rebates from drugmakers, but those savings may not be passed on to consumers or Medicare. In July, the administration submitted a proposed rule that could change the way rebates are handled.

Details of the proposal have not been made public. But O’Brien, a deputy assistant secretary at HHS, explained during a recent conference on federal drug spending sponsored by the Pew Charitable Trust: “You don’t have to use market power to get rebates, you can use market power to obtain discounts, to actually lower the price of the drug on the front end.”

Umer Raffat, an investment analyst with EverCore ISI, said “it’s not clear [that drug prices are going down]” but the “rebate structure is changing.”

This week, CMS Administrator Seema Verma announced that Medicare Advantage insurers can use a step-therapy approach to negotiate better prices for Part B drugs — those administered in hospitals and doctors’ offices. These private plans will be allowed to require patients to first select the least expensive drug before stepping up to more costly drugs if the original medications aren’t working.

The administration is also looking at ways to introduce more competition into Part B drug purchasing. That idea was mentioned deep inside the annual Medicare outpatient payment rule released last month.

Peter Bach, director of Memorial Sloan Kettering’s Center for Health Policy and Outcomes in New York, pointed to the possible introduction of a competitive purchasing program in which a firm negotiates with drugmakers to buy their drugs and then sells them to the doctors and hospitals that will administer the medications. Bach said that helps ensure that hospitals and doctors can’t make more money by prescribing more expensive drugs.

Currently, Medicare pays the average sales price plus 6 percent to doctors or hospitals when they purchase drugs, a pricing mechanism that can benefit the providers if the drug costs go up. If there were a third party buying the drugs, it would “have a huge effect,” Bach said.

Trump’s blueprint calls for CMS to encourage “value-based care” to lower drug prices, shifting from paying a set fee for drugs to basing payments on how well the patient does on them.

The program would move “from a big payment upfront to paying less over time based on actual outcomes,” said McClellan, who also serves on the boards of health care giant Johnson & Johnson and insurer Cigna.

That proposal would have allowed Massachusetts’ Medicaid program to choose drugs based on cost and how well the medicines work.

“They have been very good and quite careful with their [Medicaid] program and so why not let them try this?” Rosenbaum said.

Pharmaceutical makers often sell their drugs at substantially lower prices in many foreign countries than they do in the United States. Trump emphasized in May that “it’s time to end the global freeloading once and for all,” saying U.S. consumers were paying part of the cost of the medicines that patients in other countries use.

When Sen. Todd Young (R-Ind.) asked during a Senate health committee hearing in June whether trade agreements with other countries should be used to “level the playing field,” Azar’s response was swift: “We absolutely believe we should be using our trade agreements to get them to pay more even as we have our job to pay less.”

Avalere Health President Matt Brow, who has been involved in talks with the administration, said it’s clear the focus on overseas pricing isn’t going away and the administration is “talking a lot about how to get the president what he wants.”

Competition resonates with Americans “because people see it every day in their experience in Costco and other places,” said Rena Conti, an assistant professor at the University of Chicago.

Gottlieb has announced plans to bolster the use of generic drugs and an “action plan” to encourage the development of biosimilars, which are copycat versions of expensive biologic drugs made from living organisms.

And to combat anti-competitive behavior in the market, Gottlieb said the FDA has passed along information to the Federal Trade Commission and hinted at potential action to come: “I think we’ve handed them some pretty good facts.”