Treatment Gaps Persist Between Low- And High-Income Workers, Even With Insurance 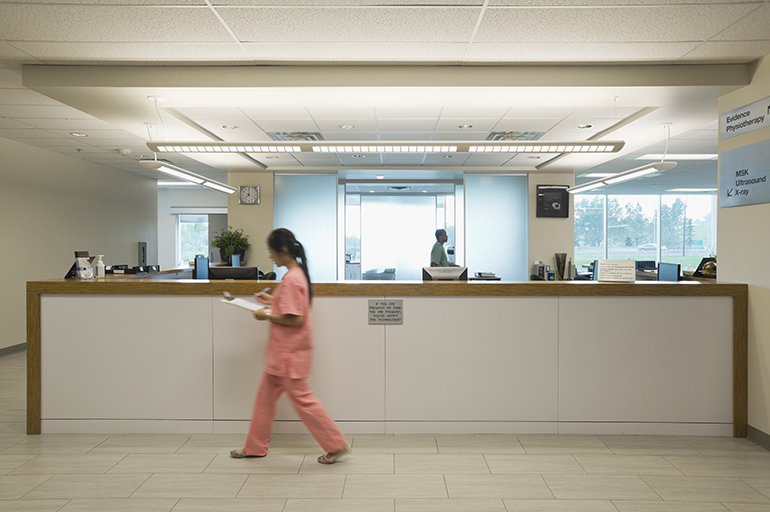 Low-wage workers with job-based health insurance were significantly more likely than their higher-income colleagues to wind up in the emergency department or be admitted to the hospital, in particular for conditions that with good primary care shouldn’t result in hospitalization, a new study found.

At the same time, low-wage workers were much less likely to get preventive care such as mammograms and colonoscopies, even though many of those services are available without cost-sharing under the 2010 health law.

There’s no single reason for the differences in health care use by workers at different wage levels, said Dr. Bruce Sherman, an assistant clinical professor at Case Western Reserve University in Cleveland and the study’s lead author, which was published in the February issue of Health Affairs.

Finances often play a role. Half of workers with employer-sponsored insurance are enrolled in plans with a deductible of at least $1,000 for single coverage. As deductibles and other out-of-pocket costs continue to rise, low-wage workers may opt to pay the rent and put food on the table rather than keep up-to-date with regular doctor visits and lab work to manage their diabetes, for example.

Likewise, convenient access to care can be problematic for workers at the lower end of the pay scale.

“Individuals are penalized if they leave work to seek care,” Sherman said. “So they go after hours and their access to care is limited to urgent care centers or emergency departments.”

The study examined the 2014 health care claims, wage and other data of nearly 43,000 workers at four self-funded companies that offered coverage through a private health insurance exchange. Workers were stratified into four categories based on annual maximum wages of $30,000, $44,000, $70,000 and more than $70,000.

Workers in the lowest wage category were three times more likely to visit the emergency department than top earners, and more than four times more likely to have avoidable hospital admissions for conditions such as bacterial pneumonia or urinary tract infections. But they used preventive services only half as often, the study found.

There are no easy solutions. Varying premiums or deductibles based on workers’ wages could take some of the bite out of low-wage workers’ out-of-pocket costs, but very few employers have adopted that strategy, Sherman said. Offering plans that pay for certain services, such as care related to chronic conditions, before the deductible is met could boost the use of care. But preventive services are available without cost-sharing in most plans and many low-wage workers aren’t getting recommended services.

“Health literacy concerns are important,” said Sherman, but it may not be the only barrier. “Some focus groups I’ve participated in, employees have said, ‘I understand the services are free, but if an abnormality is found that requires further services, I’ll have to [pay for it]. So because I feel fine, I’m not going to go.’”

Please visit khn.org/columnists to send comments or ideas for future topics for the Insuring Your Health column.