Treating Patients In The ER Takes A Toll 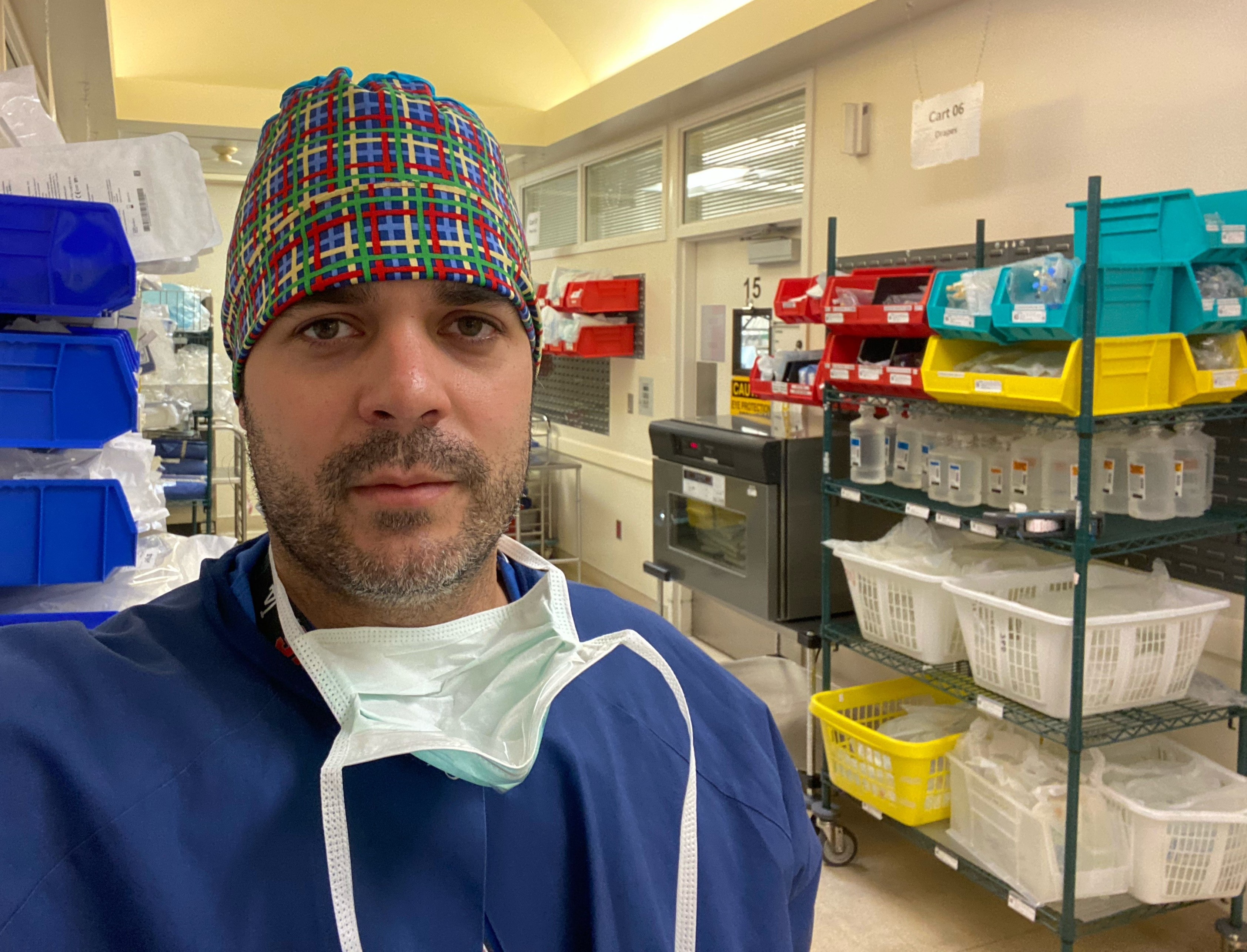 Joel Hernandez is a registered nurse in the emergency room at St. Charles Medical Center in Bend./Courtesy of Joel Hernandez

When the pandemic hit Oregon last March, stress and uncertainty weighed down on Joel Hernandez, a registered nurse in the emergency room at St. Charles Medical Center in Bend.

It wasn’t the patients that were the problem -- it was the mixed messages Hernandez and his colleagues received  from the government, the hospital and its administration. Protocols from the Centers for Disease Control and Prevention changed rapidly and debate swirled about the best way for workers to protect themselves with personal protective equipment that was in short supply.

That issue has since been sorted out - but now the hospital is dealing with a spike in patients unlike anything it saw in the spring.

Since the start of the pandemic, more than 3,400 people in Deschutes County have been infected with COVID-19, and 19 people have died. St. Charles Health System has treated many of the sickest patients. As of Friday, it had 47 COVID-19 patients, with four in the ICU and three on ventilators.

The situation has been worrying, with the hospital running out of ICU beds last week.

Through it all, Hernandez has been at ground zero, starting last spring. With little known about the novel coronavirus at the time, the ER team treated respiratory patients in the parking lot in a triage station that consisted of large tents  with cardiac monitors, oxygen supply machines, nebulizers and other equipment needed to treat patients.

Hernandez helped establish an intubation team of nurses, doctors, respiratory therapists and aides to focus on inserting ventilators, a procedure that puts health care workers at extreme risk of exposure to the virus. The idea was that if they had a small team that was outfitted with the proper protective gear and who were experts in airway management and advanced vascular access, they could do the intubation procedures and protect their colleagues from potential infection. The intubation team, which was implemented within a week, established guidelines for securing and using protective equipment, including donning and doffing and cleaning it afterwards.

Hernandez, 34 and a board member of the Oregon Nurses Association, ended up at St. Charles in part thanks to his father, a director in a California hospital. Hernandez had originally planned to join the police force but his father encouraged him to go into nursing.  He graduated from Ventura College School of Nursing in 2008.

He called it the best decision he’s ever made.

He got a taste for working in the emergency room even before he became a nurse, serving as an emergency medical technician at Community Memorial Hospital in Ventura. He stayed there when he graduated, becoming a cardiac intensive care nurse. He also worked at hospitals in Arizona before landing at St. Charles in 2017. Before the pandemic hit, Hernandez spent his days in St. Charles’ emergency room taking care of everyone from febrile newborns to people with gunshot wounds who were dropped off in the ambulance bay. He described it as controlled chaos and said the most difficult part of the work was treating children who had been abused.

“Children would come in because of decisions that were made by their caretaker,” he said.

The emergency room still treats trauma patients and people with cardiac and other issues. But now, like other hospitals, staff are seeing a rise in COVID-19 patients.

When the number of COVID-19 infections and deaths began to rise in Central Oregon in recent weeks, Hernandez and the rest of the intubation team often worked 24- and 48-hour shifts. St. Charles Bend is a catch area for eight counties, and the hospital accepts patients from other hospitals in the region.

Some patients have touched him to the core. One was a young man who looked like a bodybuilder and became very sick. He was young, and Hernandez could identify with him. Hernandez was also shaken by an older man who was dying.

“He was alone and no family was there,” Hernandez said. “I remember one of our nurses and our techs donned all the PPE and went in the room, and held his hand as he passed away. I have no words to describe what I felt.”

Though Hernandez was practically living at the hospital, he found it difficult to leave. Instead of going home to his family he sometimes volunteered for extra work, like being a runner for the pharmacy and delivering medications to various units.

“I think that was my coping mechanism, and I needed to do what I could do to help,” he said. “I felt a big sense of responsibility and commitment to my community.”

After years of working in emergency rooms, he felt that he had a duty to put in extra hours if he could.

“I felt this was the time that I could make the biggest impact,” he said.

It made life difficult at home, however: His wife is a hospital physician and also takes care of COVID-19 patients. The pair have two children ages 3 and 4, who are now at home after the couple pulled them out of daycare. They were concerned that either they might bring the virus home with the chance it ould spread to the daycare, or that their children would bring the virus home and they would become infected. They didn’t want to take a chance on spreading it to patients.

Additional tension arose while juggling their schedules between work and home life. The couple, at times, would do a parking lot exchange of their children as they came on and off their work shifts, he said.

“I’m grateful for my job, but the uncertainty of what to do if one of us got sick was stressful,” Hernandez said. “Having a conversation with my wife about the possibility of dying and how we wanted our children to remember us was sobering.”

You can reach Melody Finnemore at [email protected].