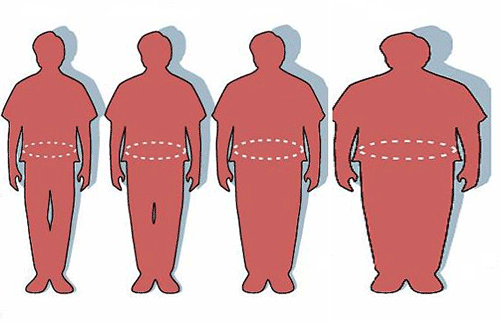 New research refutes the common assumption that baby boomers are healthier than previous generations and will remain so into old age. Better education, higher income and lower smoking rates are offset by the negative impact of increasing body mass index and obesity-related health problems, according to a study in the current issue of the health policy journal Milbank Quarterly.

Researchers said an important question for health policy and planning is whether the impact of aging baby boomers on the nation’s health system might be larger or smaller that that of other generations. That’s because baby boomers’ characteristics and health behaviors are different from those of their older and younger counterparts. Boomers were the first generation to have greater access to health care and services, such as regular immunizations, preventive care and widespread use of antibiotics. They also grew up in a generally prosperous economy, and many benefitted from greater educational and employment opportunities compared with earlier generations.

The study’s authors said they chose to use the self-reported health (SRH) method to gather data because of how it reflects “baby boomer population’s diverse perceptions of aging and health, as well as the effect that these perceptions might have on their use of health care services.” As explained here by Joe Rojas-Burke on the AHCJ website, education, income and social status are key drivers in determining positive health outcomes.

Other factors that affect health include differences in experiences and outcomes for individuals born and growing up in different time periods, known as birth cohort effects. These may be unique to a particular generation or accumulate over the lifetime. In addition, “period effects” can arise from events that occur at a particular time or during a particular period and have the potential to affect people of all ages and birth cohorts. These can include introduction of new policies, technologies and health treatments, or more general societal changes such as greater educational opportunities, prosperity, or initiatives such as smoking cessation programs.

Researchers in the Milbank study found no evidence that the health of baby boomers is substantially different from that of the previous or succeeding cohorts, or that their need for health care would be greater or less than might be expected based on the size of this group. Rather, “SRH was almost counterbalanced by adverse health factors such as increasing BMI, resulting in no overall health improvements during the study’s (1994-2010) time frame.”

Although the U.S. and Canadian health systems have numerous differences (see this excellent comparison by Trudy Lieberman on the AHCJ website) — the most obvious being payment structure and availability — obesity remains a public health challenge among aging boomers in both countries. Obesity rates in Canada, the United States and other developed nations have increased over the past several decades, according to the Organization for Economic Cooperation and Development (OECD). As this PBS Newshour story explains, obesity is one of the biggest threats to public health in developed countries and “increasingly so in emerging economies, especially in urban areas.” Canada, like the United States, conducts public health campaigns that target obesity, but efforts are aimed at the population as a whole, not specific groups.

As numerous studies show, obesity is linked to development and exacerbation of multiple chronic diseases such as diabetes and heart disease, may accelerate the overall aging process faster than smoking does, and is associated with higher incidence of morbidity and mortality, especially among older populations. However, the challenges of treating obesity in people over age 65 are plentiful.

As the Milbank study authors concluded, people in high-income countries such as Canada and the United States are living longer, but developing more chronic diseases and disabling conditions, such as cardiovascular disease, that often are obesity-related and affect quality of life. The study calls for more effectively targeted campaigns highlighting the effects of obesity and promoting healthy weight.

Liz Seegert (@lseegert), is AHCJ’s topic editor on aging. Her work has appeared in Kaiser Health News, The Atlantic.com, New America Media, AARP.com, Practical Diabetology and Home Care Technology report. She is a senior fellow at the Center for Health, Media & Policy at Hunter College in New York City, and co-produces HealthStyles for WBAI-FM/Pacifica Radio.