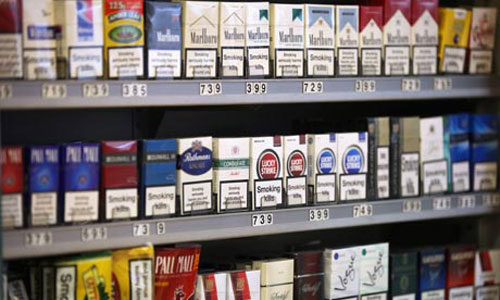 “We’re grateful for these resources but it’s still a quarter of what the CDC [Centers for Disease Control and Prevention] recommends for tobacco prevention,” said Luci Longoria, health promotion manager for the Oregon Health Authority’s Public Health Division. The CDC’s Best Practices for Tobacco Control Programs suggests a minimum Oregon investment of $27.7 million annually with a recommended annual investment of $39.3 million.

David Hopkins, a committee member from the CDC, believes Oregon is among the few states to recommend increasing the price of tobacco in its evidence-based improvement plan.

But compared with other states, Oregon has low taxes on tobacco products.

The committee has overseen efforts to reduce cigarette and tobacco use since voters increased Oregon’s tobacco tax in 1996 and set aside 5.77 percent of the tax to fund prevention and education programs. Since then, cigarette smoking in Oregon has decreased by 25 percent for adults, 65 percent for 11th graders and 80 percent for 8th graders.

Luis Rodriguez of the American Cancer Society was elected co-chair, to serve alongside Karen Girard of the Oregon Health Authority.

A nongovernment person is “necessary and appropriate” in that leadership role, said Chuck Tauman of the Tobacco-Free Coalition of Oregon, who suggested rotating co-chairs every year to “share the burden” of expanding duties.

Tauman also recommended that people who have a background in tobacco prevention apply for the Public Health Advisory Board, which is changing its scope to reflect increasing oversight of public health modernization.