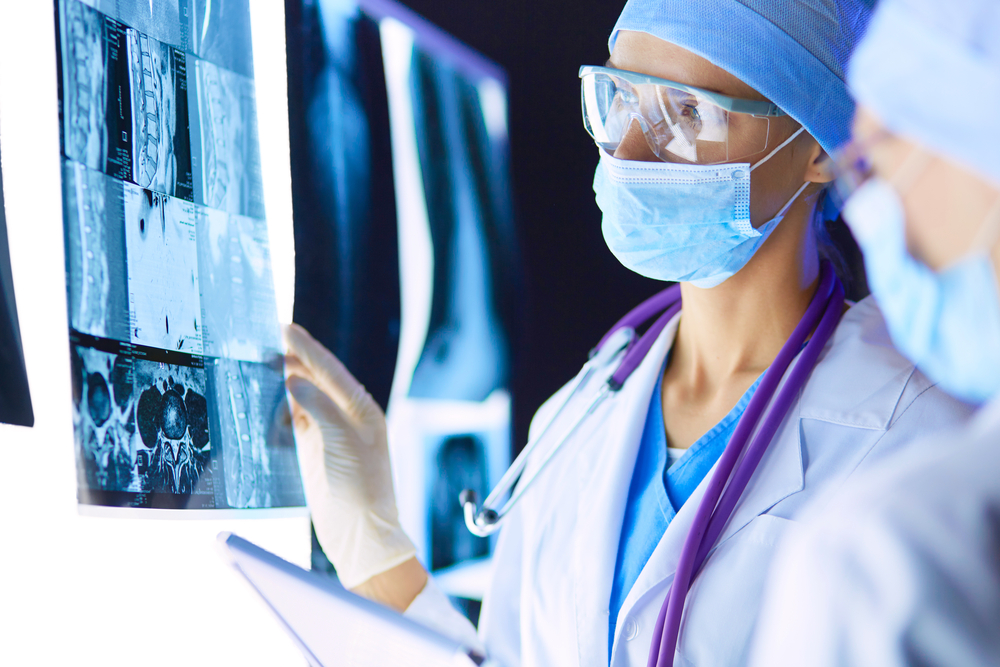 If there were ever a time for more public health funding, health experts say, it’s now.

Yet California Gov. Gavin Newsom and the state’s Democratic-controlled legislature are expected to reject a plea from local public health officials for an additional $150 million a year to battle the COVID-19 pandemic and protect against future public health threats.

“I’m not holding my breath,” said Riverside County Public Health Director Kim Saruwatari. “Right now, more than ever, the gaps that we have in our public health infrastructure have been exposed.”

Public health officials vow to continue making their case. But persuading lawmakers to increase spending in a time of cuts will be even more difficult because public health doesn’t carry the same political clout in the Capitol as other power players such as hospitals, doctors or public employee unions, which plow millions of dollars into lobbying each year.

“I’ve not met anybody who is a lobbyist for public health,” said Assembly member Jim Wood (D-Santa Rosa), who chairs the Assembly Health Committee. “The organizations that wear the whitest of hats have the least resources. Consequently, it’s easier to say ‘No.’”

The novel coronavirus has decimated California’s economy and, like local and state governments around the country, the state faces unprecedented budget challenges. Newsom is projecting a $54 billion deficit for the 2020-21 fiscal year, and says the state must make painful decisions before his July 1 deadline to sign a balanced budget into law.

The budget lawmakers are poised to send to Newsom on Monday does not include the additional public health funding.

Similar funding battles are taking place elsewhere, such as in Wisconsin, where the state faces budget cuts and officials are asking for more public health money.

“We need to have a plan to build up public health,” said Dr. Georges Benjamin, executive director of the American Public Health Association. “We have to figure out how to afford it, otherwise we’re going to have the same kind of economic consequences the next time something like this happens.”

California’s 61 local health departments are the backbone of the state’s public health system, and the two leading public health organizations representing local health officials have spent pennies on the dollar to lobby the governor, lawmakers and state agencies compared with big-name groups.

The Health Officers Association of California spent almost $7,000 on lobbying from January 2019, the start of the current legislative session, through March 2020, according to lobbying disclosures from the California Secretary of State office. The County Health Executives Association of California spent $191,000 over the same period. And while other groups employ in-house lobbyists to influence Capitol decision-makers full time, the public health organizations’ executive directors pull double duty, serving as head lobbyists when they can fit it in.

Among the top spenders on lobbying were the powerful California Teachers Association, at $7.4 million, and the Service Employees International Union California, at $5.3 million.

In addition to paying for lobbyists, the money is used to curry favor with the governor, lawmakers and agency officials. California lobbyists are allowed to give gifts, and to wine and dine officials.

In October, for example, the California Medical Association hosted a “legislative reception” and dinner that included lawmakers, with the tab at the Napa Rose restaurant at the Disneyland Resort totaling more than $22,500.

Although political spending doesn’t always get big industry groups everything they want, it has gained them more access to the governor and other state leaders steering pandemic response plans. It has also enabled moneyed health industry groups to continue working on other legislative priorities, such as relaxing hospital seismic safety standards and opposing a proposal granting nurse practitioners the ability to work without doctor oversight.

Public health leaders are regularly invited to testify at legislative hearings tackling issues like measles outbreaks, the opioid epidemic or teen vaping, but they don’t have anywhere near the “lobbying muscle” that major health industry groups have cultivated, said Kat DeBurgh, executive director of the Health Officers Association of California.

“We have no money; we advocate with our ideas,” DeBurgh said. “We don’t have millions of dollars to spend on billboards, and we can’t call in a hundred people to stand up at a hearing and say ‘I didn’t get sick because of public health measures.’”

State spending for state and county public health programs has declined over the past decade. The governor’s budget proposal for 2020-21 would continue that trend, reducing the current $3.4 billion public health budget to $3.2 billion.

Counties also are confronting a $1.7 billion loss in public health dollars due to pandemic-related declines in sales tax revenue and vehicle license fees, county health officials said, and they have asked Newsom to provide $1 billion from the state’s general fund to help make up for it.

Newsom has said the state may not be able to afford to do that given other financial demands.

“That $150 million, that doesn’t even get anywhere close to where we need to be because so much of our funding has eroded away,” said Mimi Hall, president of the County Health Executives Association of California, who is also the director of the Santa Cruz County health department.

State Sen. Richard Pan (D-Sacramento), who chairs the Senate Health Committee, is also a pediatrician. Pan has consistently pushed for public health funding during his time in the legislature, and Capitol insiders view him as a de facto lobbyist for public health.

Pan said he plans to continue to advocate for the additional public health funding — despite the economic turmoil.

“It’s hard because what public health does is invisible and you have to move people’s hearts,” Pan said.

Other lawmakers acknowledged concerns about public health shortfalls but said it would be difficult to increase spending this year. However, organizations that can afford to hire high-priced lobbying firms “will probably do OK in this budget,” said Wood, the Santa Rosa Assembly member.

He is among the lawmakers considered most friendly to public health and said he supports more money, but wants to understand how it would be spent before deciding.

“They have been underfunded for years,” Wood said. “But some of that happens at the local level, too.”

County health directors say chronic underfunding has forced them to make difficult decisions to curtail spending and cut programs like public health labs — 11 of 40 have shuttered in the past two decades.

And for years, they have warned California leaders that the state would be quickly overwhelmed should a public health crisis strike. Their pleas have gone largely ignored.

The impact of the relentless cuts has been felt across the state, including in Riverside County, which has slashed its public health staff by about 60% over the past decade, leaving just 30 disease investigators, contact tracers and public health nurses to serve the sprawling region of 2.5 million people, said Saruwatari, its public health director.

“Had we had the ability to test earlier, I think we would have been able to get out in front of this a little bit more,” she said.