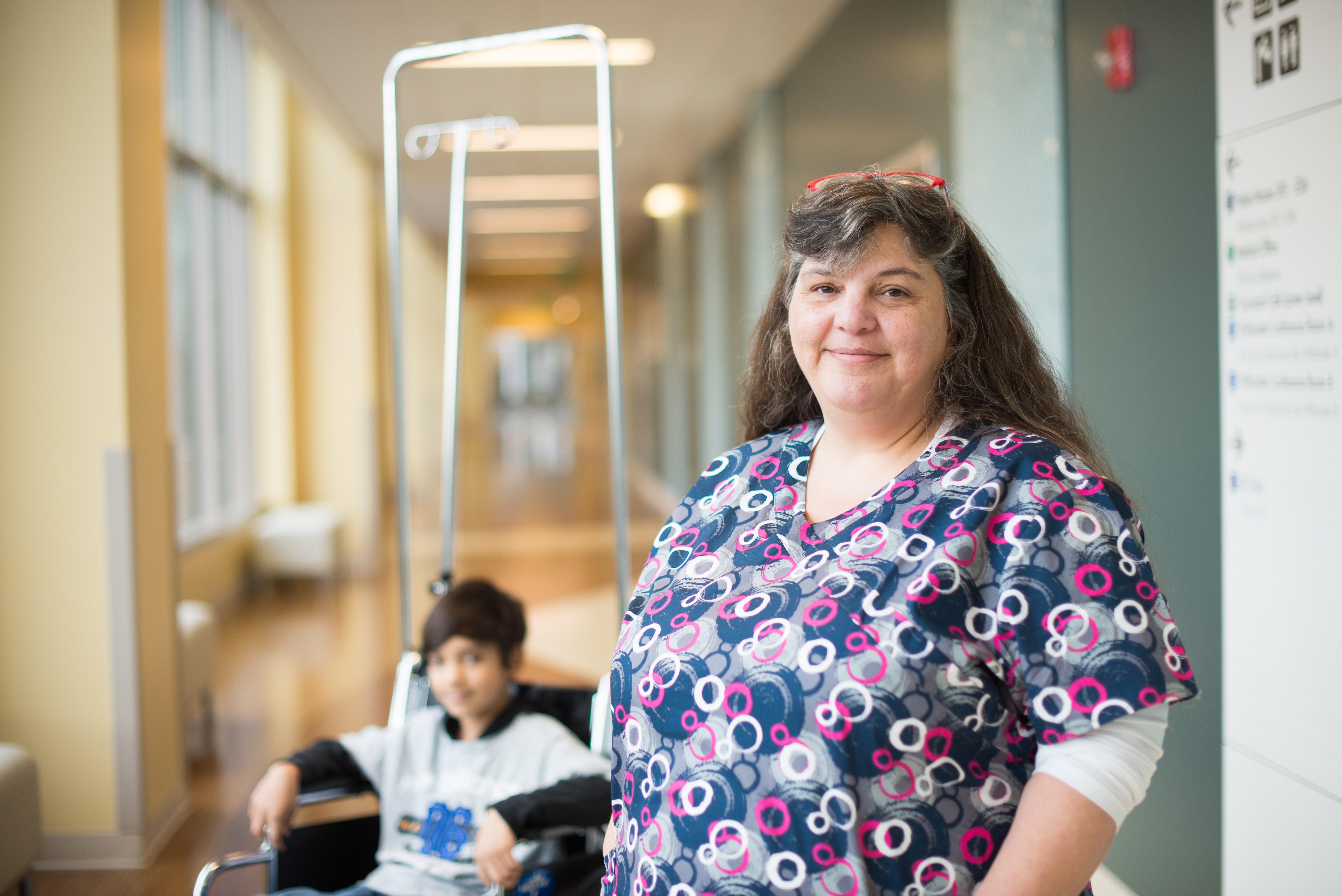 Cindy Vanderveer, a phlebotomist at Kaiser Permanente Sunnyside Medical Center, has voted to strike along with 98 percent of union-represented staff./ SEIU Local 49.

A majority of 4,500 employees at Kaiser Permanente hospitals and clinics in Oregon and Southwest Washington have voted to go on strike.

A walkout could affect 80,000 Kaiser Permanente employees nationwide. It would be the biggest strike nationwide since the Teamsters’ walkout at United Parcel Service in 1997.

Locally, a strong majority of the 4,500 members Service Employees International Union Local 49 at Kaiser Permanente facilities in the Portland area cast ballots between Aug. 4 and Aug. 23. The union said 98 percent voted to strike. The union represents a range of staff, from housekeepers and receptionists to medical assistants and certified nursing assistants.

At Kaiser Permanente facilities in California, another 98 percent of union-represented staff -- 57,000 employees -- endorsed a walkout.

The votes give union bargaining teams the ability to call a strike if they see fit. One wouldn’t happen until October. The current contract with Kaiser Permanente employees in the Portland area runs through September.

Kaiser Permanente said in a statement that nationwide talks began in April. The union said it has balked at a proposal to cut pay for new workers and is concerned that the company has shifted its focus from providing high-quality care to beefing up its bottom line.

“Kaiser really needs to get back on track,” said Rae Dunnaville, a spokeswoman for SEIU Local 49. “Workers are really concerned that Kaiser has skyrocketing profits right now. They made $5 billion in the first half of the year in profits and have been investing in outrageous executive compensation.”

Executive pay packages include $16 million last year for Bernard Tyson, the CEO of Kaiser Permanente, she said. A Kaiser Permanente statement indicated that a multi-million dollar salary is justified at such a large health care organization: "We compete for talent on a national level with for-profit and nonprofit health plans and hospital organizations," the statement said. "Kaiser Permanente sets senior management compensation levels that allow us to successfully attract and retain the leadership it needs to deliver affordable, high-quality health care to our members and improve the health of the communities we serve."

Besides executive pay, local employees are worried about outsourcing and staffing, Dunnaville said.

“Patients are reporting longer wait times in hospitals and facilities here because there isn’t the level of staff that there should be in some of these facilities,” Dunnaville said. “Workers are being asked to do more with less.”

“In my department, we have half the staff that we used to have when I started at Kaiser six years ago,” Vanderveer said. “Yet Kaiser’s membership has actually increased.”

A Kaiser Permanente statement said the health care giant has offered SEIU a pay package with annual wage increases above market averages. “Specifically, the proposal includes annual pay increases of 3 percent across the board beginning in 2019, and each year through 2022. This is achieved through a 2 percent increase in base pay, combined with a 1 percent lump-sum payment each year.” The statement added that union-represented employees earn 26 percent above market rates.

“Kaiser Permanente is committed to providing our staff with pay and benefits well above the market average while also fulfilling our mission to make health care more affordable,” the statement said. “We are hopeful that our employees will value our proposal and SEIU and the other coalition unions will move forward with us to reach a new agreement.”

Dunnaville said union workers are worried about staff who’ve been laid off -- like the elimination of a transport team at Sunnyside -- and jobs that aren’t being replaced. She said they’re fighting to maintain a strong partnership.

“They feel like that’s eroding,” Dunnaville said. “A lot of the changes that we see happening in the system seem to be happening without union members at the table.”

If the unions decide to strike, they will have to give Kaiser Permanente management in the West, Midwest and East Coast 10 days notice.

“If a strike is called and the workers in those regions vote to authorize a strike,” Dunnaville said, “everybody will be out on strike at the same time.”