The former co-chairman of the Oregon House Health Committee was booted out of office in the Republican primary in 2014, but former Rep. Jim Thompson of Dallas believes the more mainstream voters casting ballots in the general election will restore him to office on the Independent Party platform.
By:
Chris Gray 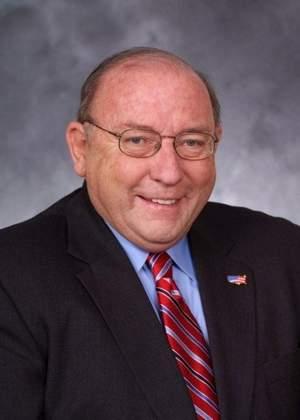 Like Muhammad Ali and Joe Frazier, former Dallas Rep. Jim Thompson is back this election for another round against Rep. Mike Nearman, hoping to win back his title, and represent the residents of the west Willamette Valley, including Dallas and rural Polk, Yamhill and Benton counties.

Nearman’s crushing victory in the 2014 Republican primary sidelined Thompson, the former co-chairman of the House Health Committee for the past two years from the Legislature. He has bided his time advocating for rural health access and serving on a committee tackling the skyrocketing cost of prescription drugs, while continuing his day job at the Oregon State Pharmacy Association.

He’s running as an Independent with a capital I, acting as the fledgling party’s best hope for elected office this fall, as the party tries to break into the middle ground between Democrats and Republicans.

“It’s like being the first covered wagon to cross the plains -- I’m upfront about who I am -- I’m a moderate Republican running as an Independent,” Thompson said this week before a fundraiser in Amity, dressed in the unofficial attire of the Oregon Legislature -- plaid shirt, khaki pants and white tennis shoes.

He described his loss to Nearman as the result of a right-wing takeover of the Republican Party in Oregon, particularly at the local level, which has made the party unelectable statewide and resulted in a broken government unable to fix streets or keep the public safe. “We’ve got a lot of people wrapped up in being very angry -- and I’m not angry. I prefer to look for solutions to the problem.”

Thompson is focusing his policy platform on mitigating the cost of pharmaceuticals, reforming the community mental health system and addressing homelessness. He wants the Legislature to commission an academic study on homelessness so that the state government can be better informed about who’s living on the streets and for what reason.

Thompson’s day job for many years has been consulting with the Oregon State Pharmacy Association, and he lamented there was little Oregon could do to rein in the cost of drugs if the federal government won’t act. He warned against killing off the potential for miracle cancer drugs even as some high-profile cases such as the Epipen debacle were clearly naked profiteering.

In the 1990s, the state shut down the “light penitentiaries” where it warehoused people for decades with mental and developmental disabilities. Thompson supported their closure and the reduced emphasis of remaining institutions, but he said Oregon failed to follow-through with building and adequately funding a community mental health system that can more humanely provide services to residents. .

Now with an improved economy, the state has thrown money at the problem, but the needs of many continue to be unmet.

“I think we spend a lot of money on mental health but our bang for our buck isn’t good,” he said. “It’s a problem everyone is concerned about.”

If he’s to win back his seat, Thompson will have to do so without the support and brand of the Republican Party, and bet that enough residents of his solidly Republican district will switch from supporting Donald Trump and Bud Pierce and pull the lever for an Independent for the Oregon House, when most voters rarely can name their state representative.

“Most voters are not as ideologically hard core as primary voters,” said Sal Peralta, the secretary of the Oregon Independent Party. The general election math works out better for Thompson than the Republican primary, where only 25 percent of the district’s voters cast ballots in 2014 compared to the general election.

Oregon legislative district lines are written on strict partisan lines for partisan ends, insuring that almost all seats are safely Republican or Democratic.

A Democrat who filed for House District 23 was disqualified from the race for living outside the district, and a two-man race featuring a centrist Independent Party and a conservative Republican Party upends the usual partisan design for the district, making the Thompson-Nearman race the most interesting in Oregon, Peralta argued, and the best chance for someone to get elected from a third party since the Progressive Era.

(Rep. Bob Jenson of Pendleton did quit the Democratic Party after his first term in office and got elected as an independent in 1998, but he was not affiliated with any party. He joined the Republicans in 2000. Sen. Avel Gordly of Portland also quit the Democrats in 2006 and filled out her term as a non-partisan independent but did not seek re-election)

Peralta said the Independents also have a good shot at the House race in Klamath Falls, where former County Commissioner Al Switzer has been endorsed by Republican Congressman Greg Walden against a Republican candidate sympathetic to the Tea Party and Occupy Malheur anti-government movements.

But, Peralta said the odds were still stacked against third parties, partly because the major parties get over $1 million annually in tax dollars to hire public policy staff that are free to shift into campaign foot soldiers come election time.

Thompson has raised $45,000 this election cycle for his Independent candidacy, backed with $4,500 from “Friends and Neighbors of a Safe and Prosperous Community,” a local group in Dallas that supported a public safety tax in Polk County, which Nearman and his allies helped defeat.

Thompson has also gotten a number of checks from the healthcare community, particularly the dentists -- political action committees associated with the Oregon Dental Association, Willamette Dental and Advantage Dental each gave him $2,000.

His opponent, Republican Rep. Mike Nearman, has raised nearly twice that -- $87,000, led by $24,700 from the Oregon Right to Life political action committee, although Thompson, like Nearman, opposes abortion rights. Nearman has also received sizable donations from Koch Industries, the Oregon Firearms Federation and Associated Oregon Industries, as well as a number of Republicans, including House Minority Leader Mike McLane of Prineville.

The abortion issue aside, healthcare is not central to Nearman’s platform, which focuses on shrinking the size of government “to sustainable levels,” and combatting “handouts to illegal aliens.” During the 2014 campaign, Nearman bombastically suggested that forcing health insurers to cover people with pre-existing medical conditions was like telling auto insurers to cover junk cars, which he called a “redistribution of wealth.”

Nearman later denied the junk car comparison, and kept a low profile during his term in the Oregon House. In 2016, he co-sponsored the bill to provide health insurance to low-income Pacific Islanders, which had near-unanimous bipartisan support.

Correction: Koch Industries, Associated Oregon Industries and the Oregon Firearms Federation have endorsed and given money to Mike Nearman, not Jim Thompson. We regret the error.