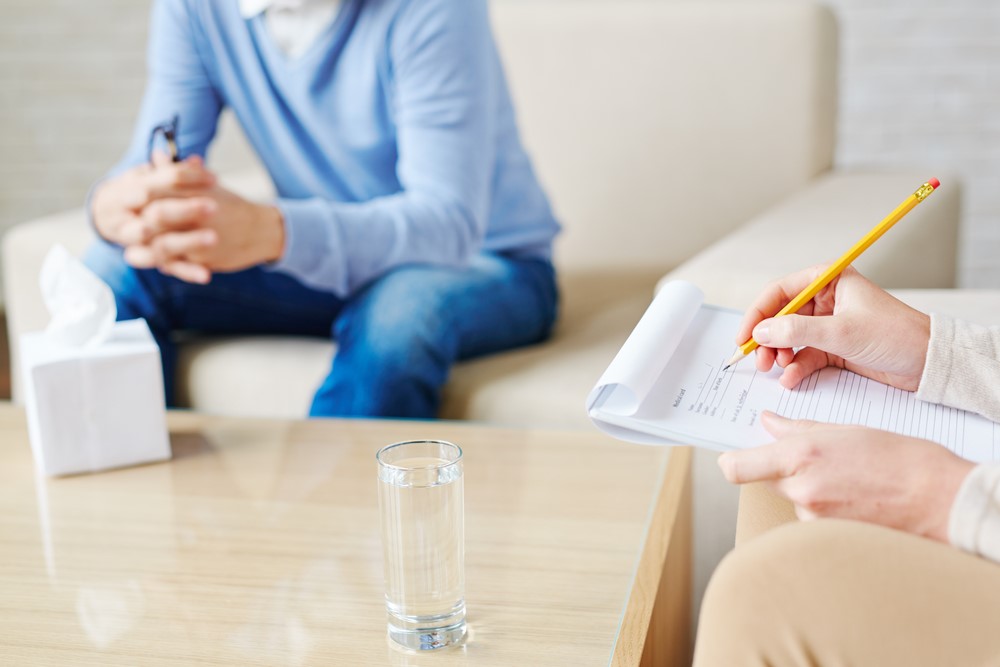 Therapists have been busy during the pandemic, given the widespread heightened anxiety and peoples’ sense of isolation.

Like other providers, they had to pivot to telemedicine to protect themselves and their patients from the virus. That transition often was not easy.

Therapists scrambled to set up video conferencing, and then they had to win over patients who were accustomed to face-to-face counseling sessions.

“There was a tremendous anxiety among current patients about how telepsychology would work, would it be covered by insurance, would therapists still be there for patients,” said Susan Rosenzweig, a licensed psychologist in Portland and director of professional affairs for the Oregon Psychological Association. “It was a very, very stressful first month.” 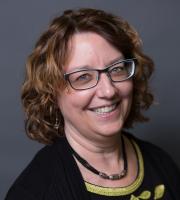 Besides mastering the technology, there was the issue of payment. Some insurers initially did not pay providers as much for video sessions as office visits, if they paid at all.

That changed in March, when the federal Centers for Medicare & Medicaid Services -- and Oregon officials -- supported equal pay for all telehealth visits regardless of the provider.

Many therapists, who initially had stopped taking new patients, opened up their schedules as demand increased, Rosenzweig said.

But therapists are still riding a regulatory roller coaster at a time when Americans are struggling with trauma over the pandemic’s rising illnesses, deaths and financial stress. Some critics warn that the United States is on the verge of a mental health crisis.

In Oregon, the issue affects a large field of workers. The state has about 16,000 mental health professionals, including psychologists, social workers, licensed counselors, psychiatrists and psychiatric nurse practitioners, according to licensing board data.

Though the announcement does not include self-funded plans, which cover about 900,000 people in Oregon, many therapists welcomed that announcement.

Medical Billing Is A Maze

Each insurer adjusted to the new payment structure in its own way, Hansen said. Little changed under Kaiser Health Plan, which has long covered telemedicine and provided for pay parity with in-person visits, Hansen said.

But Regence BlueCross Blue Shield, for example, has billers use unusual billing codes to ensure their clients get paid the same for a telehealth visit as they would in their office, Hansen said. That indicates that the company has not changed its policy on telemedicine but rather considers the expanded options and payment to be temporary, Hansen noted. Regency did not respond to The Lund Report’s request for comment.

The confusion about telemedicine during the pandemic highlights one of the biggest problems with the U.S. health care system, Hansen said: It’s fractured. Different insurers pay different rates to different providers for a range of services that are spelled out in individual contracts.

CMS tends to set the trends in payment, but many states, including Oregon, set their own reimbursement systems for providers who serve Medicaid patients, and there are a plethora of supplemental plans for Medicare patients. There is little regulatory oversight over self-funded plans and a host of commercial options.

Billing is a maze that each provider must sort through on their own -- or hire a billing company like Hansen’s.

The various co-pays and co-insurance and in-network rates compared with out-of-network costs is also a source of stress for therapy patients who already are often battling mental disorders.

“If we could standardize this or have universal coverage in (some areas), it would be an improvement and cause a lot less anxiety for the patients,” Hansen said. “Their care should come first.”

Not Seen As Equal

The American Medical Association established and maintains a set of billing codes, known as current procedural terminology or CPT codes, that cover the gamut of medical procedures and therapies. There are more than 10,000 codes that billers and providers use when invoicing insurers.

Therapists only use about 15 on a regular basis along with modifiers that add specificity.

In therapy, that’s not been established, said Michaele Dunlap, a Portland psychologist in private  and secretary of the board of the American Mental Health Alliance in Oregon, a group of therapists in solo or small group practices. 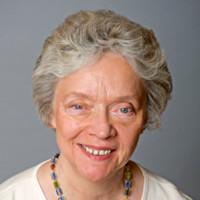 Michaele Dunlap
“There is some research that says the outcomes are equivalent,” Dunlap said, “But there hasn’t been a lot (of research) done.”

Dunlap says she’s used telehealth for years but it’s not been a major part of her practice.

“The advantage is that the client doesn’t have to deal with traffic,” Dunlap said.

But like many therapists, she prefers to see her clients in person.

“I like to be aware of what's going on with their bodies,” Dunlap said. “You can’t do that when you have just their head and shoulders.”

The technology is not always reliable, either. The sound breaks up or the picture might jump or freeze, adding a distraction. Therapists say video sessions are exhausting, and they have to work harder than they do in the office to connect with patients.

Michael Conner, a psychologist in Bend, brings his Golden Retriever to work to comfort patients.

That doesn’t work in telehealth, which tends to create a barrier to closer communication, Conner said.

“If you're dealing with someone who has a history of trauma, major depression, suicidal behavior, violence, those sorts of things are very difficult to build a relationship on a video screen,” Conner said.

Conner has spent weeks studying ways to make his practice safe for in-person visits by testing air filtration systems and enacting infectious disease protocols. He takes the temperature of patients before sitting down with them and asks about their symptoms. If they can’t smell the disinfectant in his office, he sends them home. Loss of sense of smell is a symptom of COVID-19. He also asked a minor with a slightly elevated temperature -- 99.1 degrees -- to go home and talk to his parents before having a session. 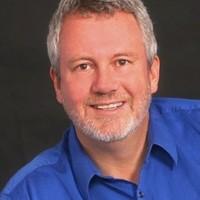 “There’s research suggesting that anyone who’s infected has a low-grade fever,” Conner said. “But they don’t realize they have it.”

He has a sink in his office for patients to wash their hands when they arrive and when they leave. He reupholstered his couch in vinyl to make it easier to disinfect. Patients have assigned seating, and the furniture gets cleaned when they leave. He installed an air cleaning system with negative pressure that mimics what you might find in an isolation room in a hospital to prevent contaminated air from flowing to other rooms. Between appointments, the system cleans the air for the next patient.

With all these precautions, Conner says he and his patients feel safe.

“What I’m doing is really overkill,” Conner said. “But because I’m a health care professional, I’m held to a higher standard than a barber or a nail technician.”

With coronavirus cases spiking and no end in sight, many patients and their therapists are not likely to want to rush back to business as usual in their offices. Though Conner has taken care to keep himself and his patients safe, others say they’d rather continue seeing patients online.

Rosenzweig, director of professional affairs at the Oregon Psychological Association, says some of her patients are older and on Medicare, including some with conditions that put them at a higher risk of severe illness.

“They are at an extremely high risk of a fatal outcome if they contract the virus,” Rosenzweig said.

Others say it’s difficult to treat mental health patients with masks on. And besides that, therapists often have small offices or are in buildings where they share waiting rooms with other therapists.

For these reasons, many therapists are likely to continue to see patients online. But they worry about how that will affect their finances. What if CMS reverts back to its old system of paying less for video conferencing? What will Oregon commercial insurers do after the first of the year? If insurers stop payment parity for telemedicine, what will be the financial impact?

“If the rates are even a few dollars less a session, with tens of thousands of sessions, every little bit adds up,” said Dunlap.

The issue of telehealth payment parity isn’t being pursued only by mental health providers. It is also a major goal for primary care doctors, medical specialists and others.

Many are pressing for an extension of telehealth payment parity well into 2021 to give Oregon lawmakers time to enact a permanent change. They include a coalition of  1,300 independent medical providers from from The Oregon Clinic, The Portland Clinic, Women’s Healthcare Associates, The Broadway Clinic, Oregon Anesthesiology Group, Oregon Medical Group, Oregon Reproductive Medicine, The Corvallis Clinic, East Cascades Women’s Group and North Bend Medical Center in Coos Bay.

Last week the coalition wrote to lawmakers, asking that they follow the state of Washington’s lead: “Washington has already enacted a permanent telehealth parity requirement that is proving successful and Oregon could follow that model,” their June 26 letter said. “We worry that short-term thinking could now endanger the long-term viability of independent medical providers, who have had to lay off hundreds of staff members and furlough many doctors.”

The COVID-19 crisis is a good time to retool health care by making payment parity for telehealth standard, Hansen said, calling the move by the 10 Oregon insurers to be a good first step.

“They’re doing a good faith effort but they can do more,” Hansen said. “They can make (the system) more secure for their patients.”

Jul 1 2020
News source:
The Lund Report
Keywords:
Psychologists, mental health, counselors, insurance, COVID-19, coronavirus
×
This article is for premium subscribers. If you are one, please sign in below.
You can see two more premium stories for free. To subscribe, click here. We depend on premium subscriptions to survive, and they are tax deductible.
Sign InGo Premium Not now