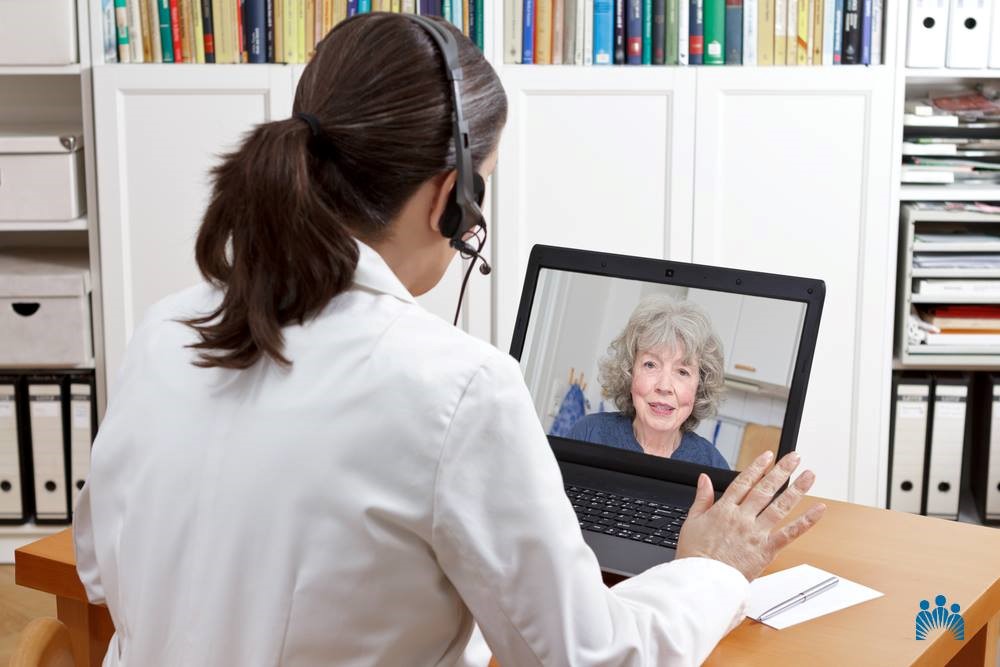 As COVID-19 took hold in March, U.S. doctors limited in-person appointments — and many patients avoided them — for fear of infection. The result was a huge increase in the volume of remote medical and behavioral health visits.

Doctors, hospitals and mental health providers across the country reported a 50- to 175-fold rise in the number of virtual visits, according to a report released in May by the consulting firm McKinsey & Co.

The COVID-fueled surge has tapered off as patients venture back to doctors’ offices. But medical professionals and health experts predict that when the pandemic is over, telehealth will still play a much larger role than before.

Studies show patient satisfaction with telehealth is high. And for physicians who previously were skeptical of remote care, necessity has been the mother of invention.

“There are still a few doubting Thomases, but now that we’ve run our practices this way for three months, people have learned that it’s pretty useful,” says Dr. Joseph Kvedar, president of the American Telemedicine Association and a practicing dermatologist who teaches at Harvard Medical School in Boston.

For patients, the advantages of telemedicine are clear: You typically can get an appointment sooner, in the safety of your own home or workplace, saving time and money on gas and parking — in some cases, even avoiding a loss in wages for missing work.

“It’s just like I’m in the room with the doctor, with all of the benefits and none of the disadvantages of having to haul my body over to the facility,” says Wolfrom, who has Type 2 diabetes. “Even after the pandemic, I’m going to prefer doing the video conferencing over having to go there.”

The growth of virtual care has been facilitated by Medicare rule changes for the COVID-19 emergency, including one that reimburses doctors for telemedicine at the same rate as in-person care for an expanded list of services. State regulators and commercial health plans also loosened their telehealth policies.

In California, the Department of Managed Health Care, which regulates health plans covering the vast majority of the state’s insured residents, requires commercial plans and most Medi-Cal managed care plans during the pandemic to pay providers for telehealth at parity with regular appointments and limit cost sharing by patients to no more than what they would pay for in-person visits. Starting Jan. 1, a state law — AB-744 — will make that permanent for commercial plans.

Five other states — Delaware, Georgia, Hawaii, Minnesota and New Mexico — have pay-parity laws already in effect, according to Mei Wa Kwong, executive director of the Center for Connected Health Policy. Washington state has one that also will begin Jan. 1. (In Oregon, the Department of Consumer and Business Affairs, which regulates commercial insurance, and the Oregon Health Authority, which oversees Medicaid, enacted policies this spring guaranteeing pay parity. The Legislature is likely to discuss putting that into law in the 2021 session.)

If you are planning a telehealth appointment, be sure to ask your health plan if it is covered and how much the copay or coinsurance will be. The appointment may be through your in-network provider or a telehealth company your insurer contracts with, such as Teladoc, Doctor On Demand or MD Live.

You can also contact one of those companies directly for a medical consultation if you don’t have insurance, and pay between $75 and $82 for a regular doctor visit.

If you are one of the 13 million Californians enrolled in Medi-Cal, the state’s Medicaid program, you can get telehealth services at little to no cost.

Large medical offices and health systems usually have their own telemedicine platforms. In other cases, your provider may use a publicly available platform such as FaceTime, Skype or Zoom. Either way, you will need access to a laptop, tablet or smartphone — though, for a phone conversation, a landline or simple cellphone will suffice.

Smartphones with good cameras can be particularly useful in telemedicine because high-resolution photos can help doctors see certain medical problems more clearly. For example, a photo from a good smartphone camera usually provides enough detail for a dermatologist to determine whether a mole requires further attention, Kvedar said.

Relatively inexpensive apps and at-home tools enable you to measure your own blood pressure, pulse rate, oxygen saturation level and blood sugar. It’s a good idea to monitor your vitals and have the numbers ready before you start a virtual visit.

Be aware that a remote visit is not right for every situation. In the case of serious injury, severe chest pain or a drug overdose, for example, you should call 911 or get to the ER as quickly as possible.

Virtual visits also are not recommended in other cases for which the doctor needs to lay hands on you.

Wolfrom has had only a few in-person health visits this year, one of them with a podiatrist who checks his feet every six to 12 months for diabetes-related neuropathy. “That can only be done when you are in the room and the podiatrist is touching and feeling your feet,” Wolfrom says.

In general, telemedicine is effective in cases that would typically send you to an urgent care clinic, such as minor injuries or flu-like symptoms, including fever, cough and sore throat.

It is also increasingly used for post-surgical follow-ups. Telemedicine can be a godsend for geriatric or disabled patients with reduced mobility. And it’s a no-brainer for mental health care, which is mostly talking anyway.

Among the top telehealth adopters are medical specialists who treat chronic illnesses such as diabetes, hypertension, cardiovascular disease and asthma, says Dr. Peter Alperin, a San Francisco internist and vice president of product at Doximity, a kind of LinkedIn for medical professionals.

Providers can monitor patients’ vitals remotely and discuss lab results, diet, medications and any symptoms in a video chat or a phone conversation. “If you happen to see something that’s awry, you can bring them into your office,” Alperin says, adding it’s “a better form of triage.”

But telemedicine has some serious disadvantages. For one thing, the less formal setting can allow some routine medical practices to slip through the cracks.

In the second quarter of this year, blood pressure was recorded in 70% of doctor office visits compared with about 10% of telemedicine visits, according to a study published early this month.

Elsa Pearson, a resident of Dedham, Massachusetts, had a medical appointment scheduled in March, which was switched to a telephone call because of the pandemic-induced lockdown.

“It was honestly the most efficient appointment I’ve had in my life,” says Pearson, 30. But, “I must admit, without the push of having the labs right there when you leave the appointment, I’ve yet to get them done.”

Perhaps the biggest pitfall in telehealth is the loss of a more intimate and valuable doctor-patient relationship.

In a recent essay, Dr. Paul Hyman, a Maine physician, reflected on the times when an unexpected discovery during an in-person examination had possibly saved a patient’s life: “A discovery of an irregular mole, a soft tissue mass, or a new murmur — I do not forget these cases, and I do not think the patients do either.”