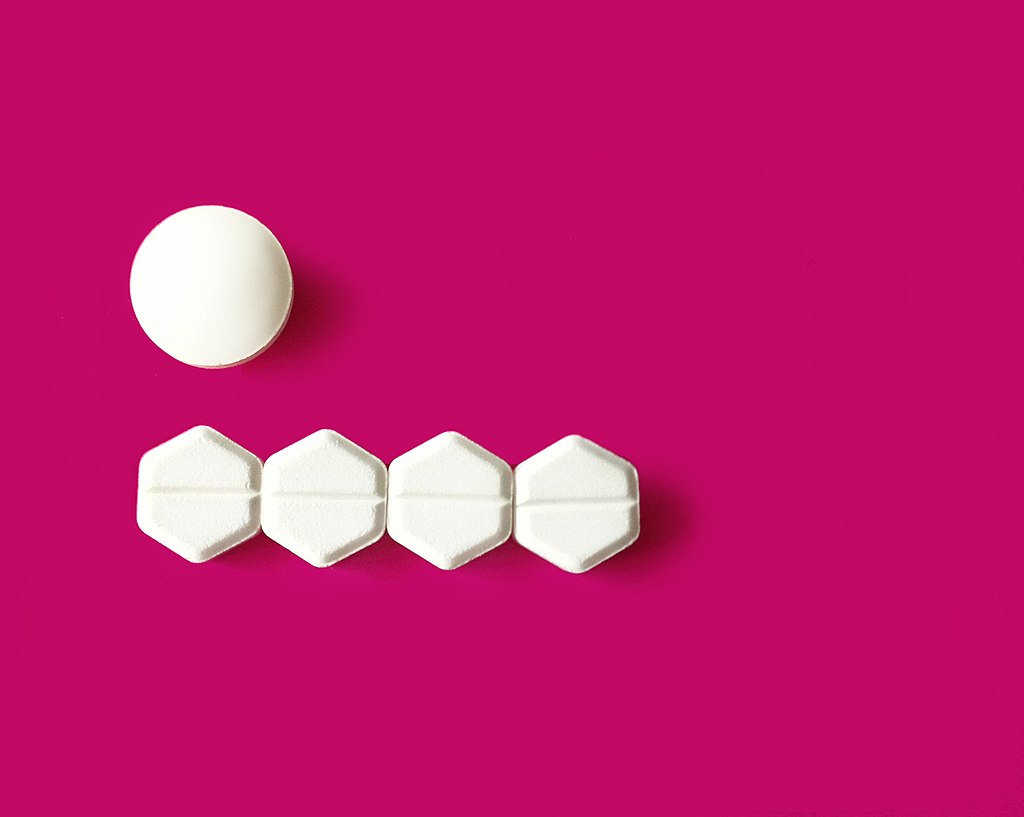 Allison Hansen had just gone through a breakup with her boyfriend last year when she discovered she was pregnant. She already had an 8-year-old son and did not want another child.

Hansen called the Planned Parenthood facility near her home in Savannah, Georgia, to inquire about abortion services and was told the procedure would cost $500 and require four to six hours at the clinic.

Hansen didn’t have that kind of time. Her son was at home, attending school online, and needed supervision. While Googling for alternatives, she came across Carafem — a nonprofit that delivers abortion pills to a patient’s home after a telemedicine visit for $375 or less.

“It just seemed almost too good to be true,” Hansen recalled.

Patients like Hansen have benefited from a quiet but monumental shift in abortion access enabled by the COVID-19 pandemic. In July 2020, in response to advocates’ concerns about the risks posed by in-person visits in a pandemic, a federal court placed on hold a long-standing FDA rule that required mifepristone — the first pill in a two-step regimen used in medical abortions — to be dispensed in clinics. After the Trump administration appealed that decision, the conservative-majority Supreme Court agreed to reinstate the rule, with Chief Justice John Roberts writing that courts should defer to government experts who set the rules. The Biden administration put the rule back on hold in April during the remaining public health emergency and said it is reviewing the agency’s restriction.

In the meantime, telemedicine abortion operations are growing in some places, although not in such states as Texas and Alabama with strict laws designed to curb or end abortions.

A new slate of digital abortion options like Just the Pill, Hey Jane, Abortion on Demand and Choix proliferated, mailing abortion pills to patients in many states after a telemedicine visit. Carafem, which had been mailing the pills to patients in Georgia before the pandemic as part of a research project, streamlined its process for patients who are eligible for medical abortions.

These services can be a lifeline for patients who haven’t hit the 10- or 11-week threshold typically used for medical abortion and who can’t get to a clinic or need a less expensive choice. But reproductive health advocates worry that telemedicine abortion options don’t reach the patients who need it the most because they live in states with laws that actively discourage abortions and have made in-clinic care harder to access. At the same time, these new options could be endangering brick-and-mortar clinics by siphoning away the first-trimester visits that make up more than 90% of abortions.

“If [clinics] lose a considerable amount of the clientele for first-trimester abortions, they might have to close, or some of them will,” said Carole Joffe, a professor focusing on reproductive health at the University of California-San Francisco and co-author of “Obstacle Course: The Everyday Struggle to Get an Abortion in America.” “Potentially, we see people needing second-trimester procedures, not to mention even later ones, with literally nowhere to go.”

Many clinics, which charge higher prices to support the costs of running a building and providing security, are closing around the country amid an avalanche of state restrictions. That is especially true of independent clinics, which perform 58% of abortions, according to the Abortion Care Network, an association of independent providers. Since 2012, the number of independent abortion clinics has dropped by 34%.

Concerns about access to abortion deepened this week when a Texas law took effect banning abortions after six weeks of pregnancy and a divided Supreme Court did not block it, at least for now. The court is also scheduled to hear a case this term on Mississippi’s 15-week abortion ban. If the justices allow either state law to stand, it would likely lead other states to further restrict abortion, forcing patients in many conservative states across the South, Midwest and West to travel for services or seek out overseas options like Aid Access, according to Mary Ziegler, a Florida State University law professor who focuses on legal issues surrounding reproductive health and sexuality.

“If you’re in New York or California or Boston, you can get abortion pills online, you can go to a clinic — there are tons of options. Whereas if you’re in a state like Alabama, you’re probably going to be worried that you can’t do any of those things,” Ziegler said.

Carafem, which operates clinics in Georgia, Illinois, Tennessee and Maryland, began mailing abortion pills to patients in Georgia in 2019 when it joined the TelAbortion Study, an ongoing project run by the reproductive health nonprofit Gynuity that received federal permission to study the safety of telemedicine abortions. Over four years, abortion providers mailed 1,390 medication packages to patients in 13 states and Washington, D.C. Researchers reported that 95% of tracked participants had a complete abortion without a procedure. They reported 10 serious adverse events, including five cases of patients needing blood transfusions, none of which could have been avoided by an in-person visit, the researchers said. Participants made 70 unplanned visits to emergency rooms or urgent care centers.

“Women deserve excellent health care, and excellent health care does not involve talking to someone online,” said Dr. Christina Francis, board chair of the American Association of Pro-Life Obstetricians and Gynecologists. “It involves actually being seen and being evaluated to make sure that if she’s going to make this decision, she’s an appropriate candidate to make this decision and she’s not putting herself at severe risk by taking these medications.”

Many states require in-person counseling or ultrasounds before an abortion, forcing patients to make more than one trip to a clinic. In 19 states, laws require a physician who prescribes a medical abortion to be physically present when the medication is administered.

Alabama is one of those states. “I use telemedicine all the time because I’m a full-spectrum OB-GYN,” said Dr. Sanithia Williams, an abortion provider at Alabama Women’s Center for Reproductive Alternatives in Huntsville. “But for the abortion portion of my practice, it just is completely nonexistent.”

Even in states with relatively few abortion restrictions, patients with medical risk factors, unreliable periods, unsafe living situations or pregnancies beyond 11 weeks generally can’t get care online. “There will always be a need for clinic-based health care,” said Melissa Grant, chief operations officer of Carafem. “This is not a panacea.”

On a Thursday morning in late June, Leah Coplon, a certified nurse midwife, sat down in the Augusta office of Maine Family Planning for a televisit with a patient seeking an abortion who was in her home miles away. The young patient nodded and messaged her boyfriend, telling him to go buy her menstrual pads, as Coplon ran through a detailed list of warning signs like excessive bleeding that should prompt a call to the clinic or trip to an emergency room. “This is all very rare, but I’ve got to tell you the scary things. That’s my job,” Coplon said, the blue light of the monitor reflecting off her glasses.

For uninsured patients, the out-of-pocket cost for a telemedicine visit like this is $500, about average for brick-and-mortar clinics.

Maine is among a minority of states that cover abortions under Medicaid. The state also requires private plans to cover abortion if they cover prenatal care. Yet even here, with 8% of the population uninsured, cost is the biggest barrier Coplon’s patients face, she said. To meet the needs of low-income patients, clinics like hers haven’t raised their out-of-pocket rates in years. If the price of abortion had kept pace with medical inflation, a procedure that cost $200 in 1974 would cost $2,686 today, according to a Bloomberg Businessweek calculation last year.

Maine Family Planning has 18 locations across the sprawling, mostly rural state. In 2014, it became one of the first clinics to launch a telehealth pilot program. When COVID struck, providers like Coplon used existing telemedicine equipment to shift to a “no-test” protocol, bypassing ultrasounds and blood tests that research shows can be safely skipped in order to minimize contact with patients.

For many patients choosing between a clinic and an online service, cost will be a deciding factor — and that concerns Dr. Jamie Phifer, founder of Abortion on Demand, which serves patients in 20 states and Washington, D.C. Like many other digital options, Phifer’s service does not take insurance, but she worries her low out-of-pocket price — $239, or less than half of what a typical clinic charges — could put abortion clinics out of business.

“I am very worried that in-person clinics are already bearing the brunt of the challenges of abortion access,” Phifer said. “They already have to hire security and deal with protesters, and they have been on the ground working for access for 50 years, longer than I have been around.”

Phifer, who lost her job as a primary care doctor following a profile of her work on Abortion on Demand in a magazine, plans to donate 60% of the profits from her business to the Abortion Care Network to support brick-and-mortar clinics.

“I didn’t want to contribute to creating a two-tiered system,” Phifer said.