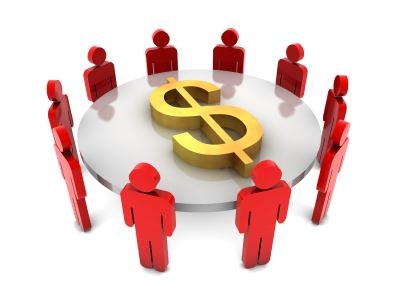 October 10, 2013 – Traditional health workers could play a major role in helping Oregon Health Plan patients engage with their care and improve health outcomes – that is, if the newly created Task Force on Individual Responsibility and Health Engagement has anything to say about it.

The task force, which was created by the Legislature earlier this year as a result of House Bill 2859 closed its Tuesday meeting with a short list of recommendations for engaging Oregon Health Plan members in patient care, which they'll flesh out further at a meeting later this month in Salem. Those recommendations include: developing a resource guide of evidence-based patient engagement strategies, recommending traditional health workers be used in patient engagement efforts and evaluating the barriers to utilization of traditional health workers.

What's more, the title is an umbrella of several occupations, including peer support workers in mental health and addictions – generally people who have a mental health or substance abuse diagnosis themselves and work with others facing the same issues – as well as doulas, and community health workers who work with minority groups.

Rep. Jim Thompson (R-Dallas) mentioned that eastern Oregon's Hispanic population has increased in the last 10 years, and asked if there is any training available for community health workers to serve rural areas of the state, where there has been seemingly less focus.

Cheney said her office has been working with paramedics and emergency medical technicians, who sometimes provide primary care in rural areas, to brainstorm ways to provide such training, although there are no firm plans.

Susan Butterworth, the founder and principal of Q-Consult, which provides consulting, training and outreach activities for healthcare organizations, presented an overview of what research has to say about cost sharing for people above the poverty line. Most of the studies she discussed indicate that cost-sharing efforts – including higher copays or deductibles – reduced the likelihood that people would regularly see providers and manage their conditions, and that often cost-sharing plans don't bring in the expected revenue. For instance, the 2003 redesign of the Oregon Health Plan, which shifted a greater cost burden to consumers – called OHP2 – resulted in a nearly 50 percent drop in enrollment, and of those left behind, 47 percent were disqualified from the plan because they didn't pay the premium, costing the state premium revenues.

Disincentives can work in certain circumstances, Butterworth said. For instance, requiring a co-pay for non-emergency emergency room use could be an effective disincentive only if there's an incentive to do otherwise – for instance, if urgent care centers, which cost less, are covered without a co-pay. Butterworth also threw out the idea of providing incentives such as gift cards for one-time tasks or simple behaviors (such as getting immunized or attending) a class, which Rep. Jim Thompson (R-Dallas) called “a political minefield.”

“CCOs already have a lot of flexibility around incentives in terms of using their budget and what they want to do,” said task force chair Melinda Muller. “A gift card might work for this, but it may not work for that.”

The task force also agreed to recommend the Oregon Health Authority's transformation center develop health risk assessments, which Sen. Betsy Johnson (D-Scappoose) warned could be contentious depending on how the tool is used, what questions are asked and how the questions are delivered. With the OEBB/PEBB health engagement plan, Butterworth said, many questionnaires were returned with all questions marked 'D', which wasn't useful. Johnson said some of the problem had to do with questions that participants said were politically motivated or invasive – such as whether they had firearms in their home.

“It can be a very positive tool, or it can create this wall of resistance,” Johnson said.