A researcher at Oregon State University found that it's not the stress itself but a person's emotional reaction to it that can affect their brain health later in life.
By:
Steve Lundeberg 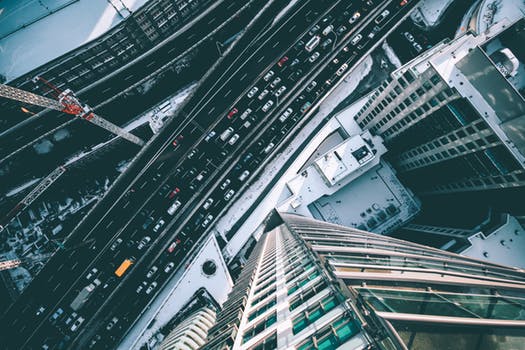 Taking typical daily annoyances such as a long wait at the doctor’s office or a traffic jam on the freeway in stride may help preserve brain health in older adults, while emotional reactions could contribute to declines in cognition, a new study from Oregon State University has found.

“These results confirm that people’s daily emotions and how they respond to their stressors play an important role in cognitive health,” said Robert Stawski, an associate professor in OSU’s College of Public Health and Human Sciences and the study’s lead author. “It’s not the stressor itself that contributes to mental declines but how a person responds that affects the brain.”

The findings contribute to a growing body of research that focused on daily stress as a risk factor for compromised mental, physical and cognitive health. The findings have vital real-world applications, given that the world’s fastest growing age group is adults 80 and over, said Stawski, who studies how stressful experiences influence health, well-being and cognition.

Brain health and cognition are important as we age. They contribute to one ability to function in day-to-day life and can reflect diseases including dementias and Alzheimer’s.

The findings were recently published online in Psychosomatic Medicine, the journal of American Psychosomatic Society. Co-authors include OSU students Eric Cerino and Dakota Witzel, and Stuart W.S. MacDonald of the University of Victoria.

For the study, researchers followed 111 older adults, ranging in age from 65 to 95, for 2½ years. Every six months, they participated in a series of cognitive assessments for six days over a two-week period.

During the assessments, participants looked at a series of two strings of numbers and were asked whether the same numbers appeared in the two strings, regardless of order. Past studies have linked fluctuations in how quickly people can do this exercise with decreased mental focus, cognitive aging and risk for dementia as well as structural and functional brain changes that reflect poor cognitive health. Each participant completed the numbers exercises for up to 30 sessions over the 2½-year period.

The participants also were asked about stressors experienced that day by themselves, a family member or a close friend; rated how they felt right at that moment, choosing from an array of positive and negative emotions and a range of intensity; and filled out a checklist of physical symptoms.

In the overall comparison, those who responded to stressful events with more negative emotions and reported a more dour mood in general showed greater fluctuations in their performance, which suggests worse mental focus and cognitive health among the more strongly negative and reactive people.

But by following each person over time, the scientists also could track what happened on an individual basis, and striking age differences emerged. For the oldest participants — late 70s to mid-90s — being more reactive to stressors than usual also contributed to worse cognitive performance.

In contrast, people in their late 60s to mid-70s actually did better on the test if they reported more stressors.

“These relatively younger participants may have a more active lifestyle to begin with, more social and professional engagement, which could sharpen their mental functioning,” Stawski said.

Older adults should be aware of their emotional reactions to stressful events and explore stress-lowering strategies, if needed, to preserve brain health and cognitive function, he said.

“We can’t get rid of daily stressors completely,” Stawski said. “But endowing people with the skills to weather stressors when they happen could pay dividends in cognitive health.”