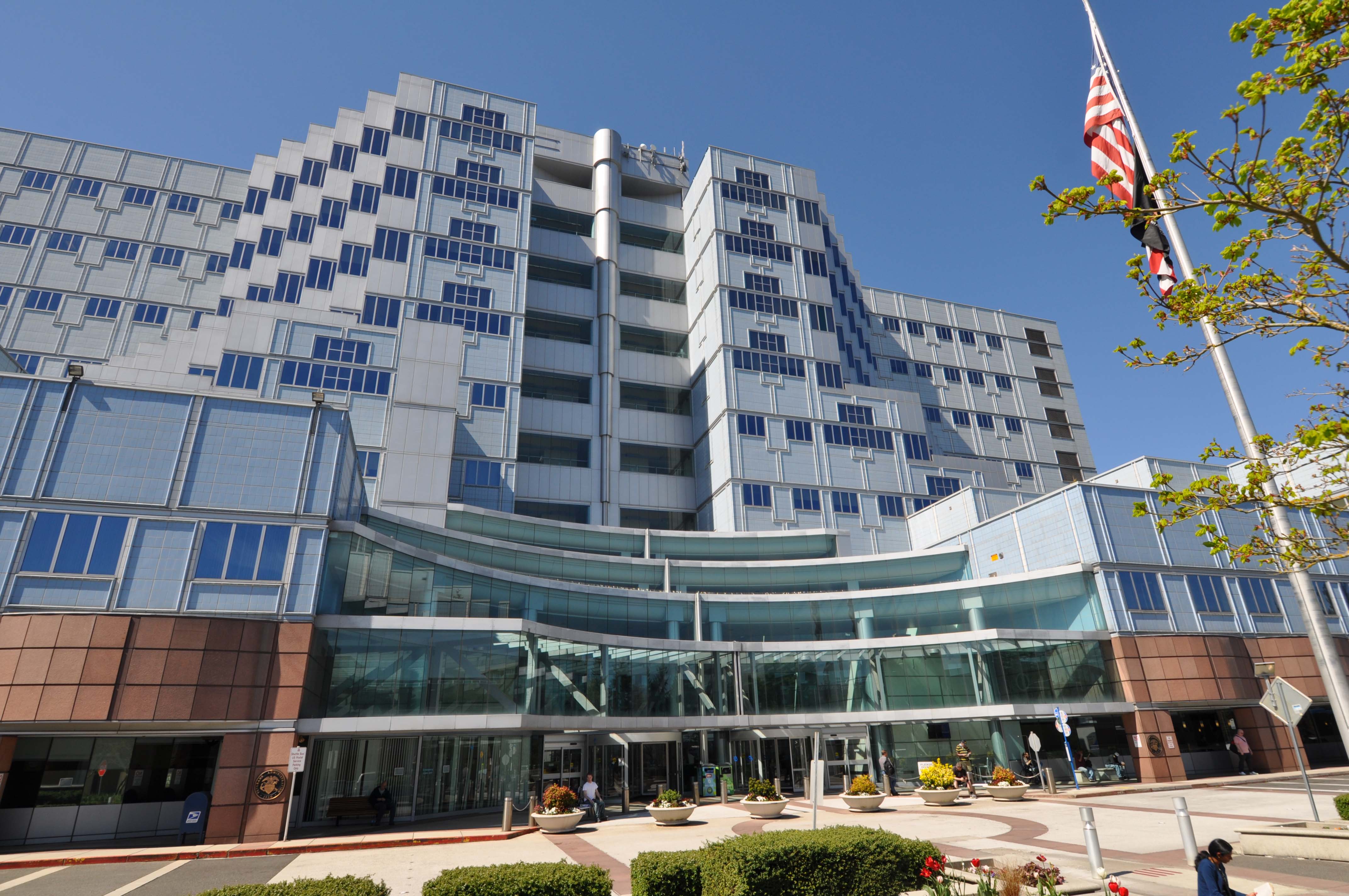 The social worker, known as A.B. in the lawsuit, said that a motion to try to bar her attorneys and anyone working with them from commenting on witnesses amounts to an attempt to strip away their First Amendment rights and is reflective of a culture of supressing negative news. A.B., who used to work at OHSU and is now employed by the Veterans Affairs medical center next door, says "OHSU openly condones sexual violence and a culture of sexual harassment." She says the harassment and abuse she suffered has fundamentally altered her life.

Here's her statement to The Lund Report:

"OHSU’s President, Danny Jacobs, and its Vice President, Connie Seeley, issued public statements to reassure the OHSU community they “hear you” but they want to silence me and all other survivors. While they were releasing public statements of transparency, OHSU’s team of lawyers filed a motion in federal court to SILENCE me and in turn silence all survivors.

Meaningless public statements of 'turning words into action' have been the gaslighting I have been the recipient of for the last four years of my life at the hands of OHSU leadership. Surviving sexual assault, sexual harassment, stalking, threats to myself and my child and in turn severe retaliation from OHSU leadership has fundamentally altered me. The isolation I have felt the last four years has somewhat lifted in the last few weeks with the outpouring of support for myself and other survivors. With this support and the very brave survivors that have recently come forward, we have made small steps toward healing -- in the open -- where we belong. OHSU is trying to take that from us.

Per OHSU’s effort to 'get us on a path toward healing.' they simultaneously filed court documents disparaging me and discounting four years of trauma and retaliation I have faced at the hands of OHSU. According to OHSU’s legal team, it is 'embarrassing and humiliating' to mention Dr. John Ma (OHSU's former ER chief), though he stalked me for two years and violated a no contact order within hours. How insulting indeed.

OHSU’s legal team reports my claims are 'embarrassing and inflammatory' regarding OHSU's vice president and dean of students, Dr. Sharon Anderson, who has been directly aware since 2017 her former chair of emergency medicine, Dr. John Ma, was stalking me for nearly two years. I was left on my own to be terrorized in silence while he was protected and publicly praised in the media. Danny Jacobs has been directly aware of this since April 2019.  In my heart, I want to believe this has been a wakeup call for OHSU because actions do in fact speak louder than words. Why then (was OHSU's) action so delayed because (its) leadership has known?

While Danny Jacobs and Connie Seeley have taken deep offense at 'distressing' details of the sexual assault myself and others faced, they don’t want that to 'distract the community.' Yes, the 'reports are distressing' but they are 100% consistent with who OHSU is, has been, and continues to be -- this is actively displayed by OHSU via the lawsuit and via OHSU's culture of silence and shame -- a culture OHSU is perpetuating by attempting to silence me and all survivors.

Laura Stadum, director of Title IX, apologized to me for the 'handling' of my prior experience of reporting sexual harassment to OHSU in which I was told my allegations were unsubstantiated aside from one, Dr. Ma violating a legal harassment order. Laura Stadum told me I 'welcomed' the harassment as I declined to block my stalker who warned me of threats to myself and my child. Per OHSU’s team of lawyers it is 'threatening' to reference those who perpetuate the culture of violence at OHSU, yet discounting what I have experienced is acceptable.

Though Dr. Choo and Dr. Yarris had direct knowledge that Dr. Jason Campbell had sexually harassed me and sexually assaulted myself and another OHSU faculty (member), OHSU's lawyers claim it is 'inflammatory and irrelevant' to point this out with factual evidence that both women were openly condoning a sexual predator publicly in the media well into October and November 2020.

OHSU’s legal team takes deep offense with media involvement, however, (it) fails to acknowledge OHSU’s gobbling up the 'media spotlight' and praise OHSU received from their TikTok doc who was sexually assaulting female staff, and during a time period when OHSU was fully aware. The OHSU legal team says bringing attention to this matter has resulted in 'significant negative media attention toward OHSU' yet they fail to acknowledge the heaping praise they allowed and still allow. OHSU’s open media praise of Jason Campbell is apparently acceptable and should not be banned.

OHSU reports they took swift action on April 17, 2020 -- but that is a lie. OHSU reports they 'excluded Dr. Campbell from our campus consistent with our standard protocols.'  Do OHSU standard protocols include glorifying Dr. Jason Campbell publicly on OHSU social media platforms and allowing him to do the same, attaching OHSU to his many social media platforms?  Many in OHSU leadership positions STILL have social media posts praising Dr. Jason Campbell today. Is this the 'trauma-informed' approach OHSU references?

In their statement of swift action, OHSU takes credit for 'excluding' Jason Campbell from (the) OHSU campus when in reality I begged for my safety and the safety of other peers in an email to the vice president of human resources, Greg Moawad. I received victim shaming and retaliatory statements in response to my request from Mr. Moawad, from OHSU legal counsel Emily Shults, and from an AAEO investigator.

OHSU wants to silence me, and the only advocates I have, for acts as simple as  'retweeting' the posts of others.  Meanwhile, the director of OHSU's neuroanesthesia (program), Dr. Marie Angele Theard, has tweets on her Twitter (account) still saying 'Jason, it’s a pleasure to serve as a mentor to you!'

In line with this very serious approach OHSU reportedly took during this time period, Jason Campbell and OHSU’s Dr. Theard and OHSU’s Rebecca Harrison, professor of medicine, published in the Lancet on Nov. 20, 2020, a month after he 'resigned.' This type of media attention is acceptable to OHSU.

OHSU openly condones sexual violence and a culture of sexual harassment.  Per OHSU’s team of lawyers, acknowledging this culture is 'irrelevant, embarrassing, and inflammatory.' It is acceptable per OHSU, for Dr. Sydney Erin Rose, associate chief of quality and safety, assistant professor of anesthesiology and perioperative medicine, to post a TikTok (video) on Oct. 12, 2020 of Jason Campbell with her family as 'their role model!' but it is inflammatory to mention Dr. Kenneth Azarow who was sued for sex discrimination in wages and retaliation against female employees despite his admission to doing so.

OHSU lawyers seek a federal court order 'restricting plaintiff's counsel and anyone acting in concert with them from making further public statements.' I’m unclear how anyone with a shared opinion and a private citizen of the United States is restricted from their First Amendment rights as this is fundamentally unconstitutional and unethical. This is the OHSU I know. This is the OHSU retaliatory culture I have experienced. This is OHSU “turning words into action” in a legal motion to silence the victims of sexual assault and anyone who dares to speak of it."