When health system executives tout the benefits of acquiring hospitals or physician groups, they often say the combined entity will benefit consumers and insurers by improving health care quality and reducing costs.
By:
Joseph Burns 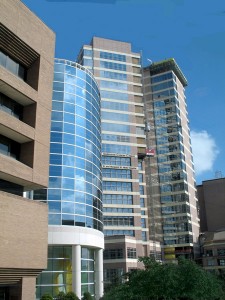 When health system executives tout the benefits of acquiring hospitals or physician groups, they often say the combined entity will benefit consumers and insurers by improving health care quality and reducing costs.

A case in point is a plan from Partners HealthCare in Boston to acquire Harbor Medical Associates, a 70-physician practice south of Boston. The goal of the acquisition is to improve patient care, coordinate care to boost patient outcomes and cut costs, reported The Boston Globe’s Priyanka Dayal McCluskey. Partners is the highest-cost health system in the state, she wrote.

In a post about the proposal in his blog, Not Running a Hospital, Paul Levy wrote that the acquisition would cause Harbor Medical doctors to steer patients to Partners’ hospitals. “So not only would local MD visits become more expensive: Follow-up secondary and tertiary care would also,” Levy wrote.

We know, of course, that acquisitions in health care are about making money, as Dan Goldberg wrote in this tip sheet and Joanne Kenen reiterated earlier this week.

Now, in a new report, researchers for the National Academy of Social Insurance, show there is little evidence that organizing hospital and physician care into integrated delivery networks (IDNs) has promoted quality or reduced costs. “Indeed, there is growing evidence that hospital-physician integration has raised physician costs, hospital prices and per capita medical care spending,” the report said.

The researchers defined IDNs as vertically integrated health services networks that include hospitals, physicians, post-acute services and sometimes health plans. Designed to manage population health, they coordinate care across the continuum of health services. They also operate as fully integrated provider systems inside a health plan, meaning there is no other source of income except from premiums.

Partners meets the definition of an IDN: it owns 10 hospitals, including Massachusetts General and Brigham and Women’s, and has 6,000 network physicians, McCluskey reported. Adding Harbor Medical’s doctors would allow Partners to raise the prices those doctors charge, and permanently add $8 million in annual spending, she wrote.

For journalists covering acquisitions of hospitals and physician groups, the Partners plan for Harbor Medical is a great example of what happens: Partners says it plans to reduce costs but opponents of such mergers and acquisitions often say the opposite is true.

The report from NASI researchers confirms what opponents say. There is little evidence to support claims by large, nonprofit integrated health systems that they deliver higher quality care more efficiently, the report showed. Yet, IDNs have “operated under a halo of presumed societal benefits (quality, efficiency, care integration, etc.) for the better part of four decades with remarkably little evidence that these benefits in fact exist,” the study’s authors reported.

The report, “Integrated Delivery Networks: In Search of Benefits and Market Effects,” is available from NASI.

In their examination of the academic literature and the publicly available quality and financial information from 15 of the nation’s largest nonprofit IDNs, the researchers reported difficulty examining the claims of increased quality and lower costs because the necessary information was unavailable. What these nonprofit IDNs currently disclose did not allow the researchers to answer definitively whether there are measurable societal or institutional benefits from IDN formation, they said.

Therefore, the researchers wrote, “The mere presumption of societal benefits of IDN formation or operations is no longer tenable as a policy principle.”

Jeff Goldsmith, the lead author of the study, explained in a press release that the analysis was designed to address whether the way the IDNs have organized care creates measureable benefits to society or to the institutions themselves. “If these benefits exist, we could not find evidence of them in their public disclosures, beyond the claimed ‘community benefit’ common to all non-profits.” Goldsmith is president of Health Futures, Inc., and associate professor of public health sciences at the University of Virginia.

In the 33-page report, the researchers recommended IDNs provide more detailed information such as hospital operating profit as a percentage of total earnings and physician and hospital compensation policies, including whether they are taking capitated risk. The report also called for a comprehensive, national all-payer claims database that would enable researchers and journalists to compare what IDNs are paid for hospital and physician services against what their competitors are paid.

The 15 IDNs the researchers analyzed generated almost $73 billion in total revenue and collectively have 40,000 acute-care beds. Each one is the market-leading provider of hospital services in their markets. Eight of the 15 operate in metropolitan hospital markets with a Herfindal-Hirschman Index (HHI) score (a measure of market concentration) above 2,500, which the U.S. Justice Department characterizes as highly concentrated.

One weakness in the report is that it does not match the names of the IDNs to the accompanying financial and operational data. The authors made the results anonymous because they preferred to consider the 15 IDNs as a class and did not want readers to compare one institution against another.

Still, it could be useful for journalists examining health care competition in their markets because a new report from PricewaterhouseCoopers says the value of mergers and acquisitions in health care totaled $61 billion last year (compared with $51.5 billion in 2013), and a similar level of deal making is expected this year.

Last month, one of the report’s authors explained the results at a workshop hosted by the Federal Trade Commission and the Antitrust Division of the U.S. Department of Justice in Washington, D.C. The workshop is part of series titled, “Examining Health Care Competition.” Lawton Robert Burns, Ph.D., (no relation) the James Joo-Jin Kim professor in the Department of Health Care Management at the Wharton School, spoke on physician-hospital consolidation. His slides are available from the FTC’s website, along with all of the presentations from the two-day workshop.

The original artcle can be found here.

To Joseph Burns for an excellent article. This is an example of why I read (and subscribe) to The Lund Report. Thank you.

When hospitals are pitted against insurance companies, doctors and patients are left behind. "Integration" through limited networks will shift more and more costs on the patients. Salaried doctors don't negotiate prices; patients are stuck with fragmented health care delivered through a complicated multi-payer system.

We need single payer healthcare and full transparency of prices.

You may be able to argue that managed care is better care, but it is not less expensive.  No better proof of that than Kaiser Permanente.