The Portland state senator and family physician said doctors would still have enough discretion to recommend daily testing for individual diabetics, despite a state board’s proposal that the Oregon Health Plan should only pay for weekly testing strips in most cases. But Republican Jim Weidner labeled the bureaucratic body a nefarious “death panel” in limiting the ability to test blood sugar levels.
By:
Christopher David Gray 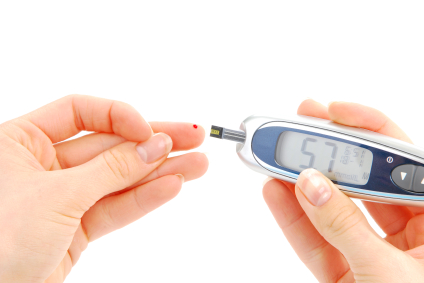 Editor's Note: The HERC has not made a final ruling on diabetes care as an earlier version of this article indicated, but has only made a draft recommendation on testing strips. The article has been corrected.

Sen. Elizabeth Steiner Hayward, D-Portland, defended the Health Evidence Review Commission Wednesday under charges by a Republican legislator that the group had become a “death panel” in its recent discussion that could restrict the number of test strips doled out to some diabetes patients on Medicaid.

“This seems like the beginning of death panels,” said Rep. Jim Weidner, R-McMinnville, who is known for making charged statements. “The doctor needs to come to this decision. It doesn’t need to be coming from this board.”

As reported recently in The Lund Report, the commission considered ruling that Type II diabetics who do not receive daily insulin shots be only given one testing strip a week, arguing that evidence shows daily monitoring does not help these patients and may actually cause them to adopt diets that could make them sicker. The commission determines which procedures and medical equipment are provided to people on the Oregon Health Plan.

Weidner said he has three diabetic family members, including a son with Type I diabetes and two older relatives with Type II diabetes. He said one of them is now on dialysis because his condition had not been properly monitored and treated, while the other older relative fits the group whose testing strips would be restricted.

“He can feel [low blood sugar spikes] coming on,” said Weidner. “He wants to test every day because he wants to see that he’s eating right.” Daily monitoring lets him know if he needs to rush to the doctor or if his diet has been adequate and consistent.

The HERC guideline does not affect Type I or Type II diabetes patients who take daily insulin shots.

But Steiner Hayward , a family physician at Oregon Health & Science University, said she could not possibly go through the mountains of health data to determine all the best practices and appreciated the HERC’s practice of sifting through the evidence to determine which healthcare practices are most valuable.

“I think there’s a lot of leeway for a physician on an individual basis,” Steiner Hayward said. “The track record of the HERC is really, really good. I don’t see any evidence that they’re trying to stifle my ability to practice good medicine.”

Sen. Laurie Monnes Anderson, D-Gresham, agreed with her Democratic colleague, noting that Kaiser Permanente has made the same shift in the way it handles Type II diabetics within its integrated health system.

“It seems very radical,” conceded Dr. Lisa Dodson, a HERC member. “We’re not the first to attempt this.”

Insulin-dependent diabetics need to know their blood-sugar levels so they can regulate the amount of insulin they inject each day, but those without pumps get a fixed amount of medicine and cannot change their insulin levels by themselves.

“You’re just monitoring without a way to fix it,” said Dr. Som Saha, the HERC chairman. “It doesn’t help, but it actually may harm them. People will skip meals. Skipping meals is a dangerous thing if you’re on blood-sugar medication. They can become hypoglycemic. That happens more frequently with monitoring.”

“I think your results are counter-intuitive,” Kruse said. “My grandma tested daily, and took comfort in it. You’re not going to tell me sugar levels don’t change.”

The proposal has alarmed many in the diabetes community and led the leader of at least one coordinated care organization to announce it would not abide the ruling.

“This is a terrible recommendation, and one that most CCO's will not follow. Glucose monitoring is an essential health habit for anyone with diabetes. FamilyCare will continue to offer coverage regardless of whatever decision is made,” said Jeff Heatherington, the CEO of Portland-area CCO FamilyCare, in response to the earlier Lund Report article.

“I think there’s a lot of

“I think there’s a lot of leeway for a physician on an individual basis." Not if the CCO global budget is insufficient and/or primarily directed toward "innovator agents" and "non traditional health care workers." http://www.oregon.gov/oha/OHPR/SIM/docs/Oregon%20SIM%20OpPlan%2010%2025%... Tim Nesbitt applauds how well OHP patients have been fast-tracked into the new CCOs, saying "the Oregon Health Plan is the warehouse store in which prices are fixed, choices are limited and the government is the single payer." http://www.oregonlive.com/opinion/index.ssf/2013/11/tim_nesbitt_oregon_h... When prices are fixed way too low, choices are limited because providers can't afford to go bankrupt. "Single payer" is everybody (not just poor people) in; nobody out. With the poor in the lowest healthcare caste, the outcomes for patients with type II diabetes will be compromised with the one strip per week rule. That, I can say with authority as an endocrinologist.