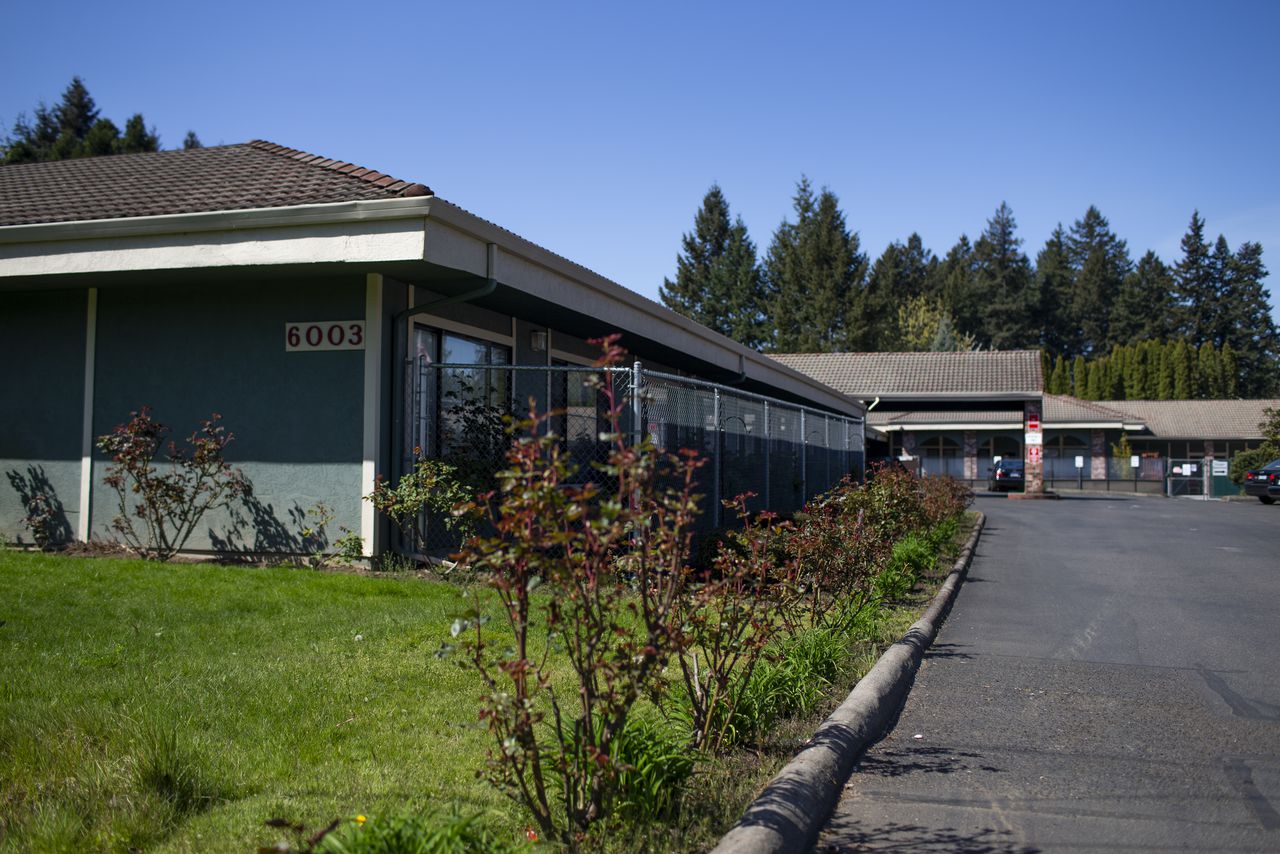 The state has ordered a Southeast Portland nursing home with the largest and deadliest coronavirus outbreak in Oregon to shut down.

The nursing home’s “continued operation poses a serious danger to the public health and safety,” the department said in a letter signed Monday.

The numbers tell the story. By Tuesday, 28 people had died, at least 55 residents had been sent to hospitals and at least 21 others with suspected or confirmed COVID-19 infections had been transferred to other facilities, the state has said.

Most if not all of the people who have died are believed to be residents. DHS officials said they know of no worker deaths at the home.

The department has suspended Foster Creek’s license and on Tuesday evacuated the 11 residents who remained at the home, state officials said. A suspension means that the nursing home could, in theory, be allowed to reopen.

For these three families, state efforts to curb the outbreak have come too late.

“We have worked on multiple strategies to contain the COVID-19 outbreak at Healthcare at Foster Creek and have concluded that moving all residents is mandatory at this stage,” said Mike McCormick, interim director of the DHS division that oversees senior care homes.

A spokeswoman for the nursing home’s management company, Benicia Senior Living, said Foster Creek staff worked “tirelessly" throughout the outbreak, putting their lives at risk to care for residents.

“Healthcare at Foster Creek leadership consistently and repeatedly attempted to communicate collaboratively with" state agencies in their response to the coronavirus, Nicole Francois wrote in an emailed statement. “We’re disappointed in the action of DHS today, but our concern has always been, and continues to be, the safety of our residents, our employees and the greater Oregon community.”

The events leading up to shutdown played out over about a month and a half, punctuated by ever-escalating state efforts to curb an outbreak that quickly spiraled out of control.

The state got official notice March 24 that the coronavirus had entered the nursing home when Foster Creek told the Department of Human Services that one of its residents likely was infected.

State inspectors began an 11-day investigation the following day. It lasted through April 6, yet found no substantiated violations, according to a state summary of events included in the order.

Meanwhile, more and more residents and staff started showing symptoms of the disease, according to the report.

On April 10, The Oregonian/OregonLive reported that 10 residents at the home had died, based on accounts of two caregivers at Foster Creek who kept a list and on state confirmation that the home had reported 10 deaths. Before then, state officials repeatedly declined to provide case and death numbers in Oregon senior care homes.

That same day, the Department of Human Services kicked its response at Foster Creek into a higher gear, finding an extraordinary number of violations over the coming weeks.

From April 10 to April 12, inspectors saw some staff members who weren’t washing their hands between residents or who were wearing one face mask over an entire shift. Others were working with patients with coronavirus and without the disease without changing masks.

To help the facility and residents, the state also delivered personal protective equipment, tried to train staff on preventing infections, and paid an ambulance company to visit the home that weekend and assess everyone living there. The review resulted in 20 residents being evacuated to local hospitals.

The following week, the Department of Human Services gave Foster Creek a list of demands, including keeping adequate staff levels and training workers on how to prevent infections.

And yet, the nursing home continued to fail to take basic measures to prevent the spread of infection, the state said in its report.

April 17, days after the state first found serious problems, the infection spread to a locked unit of the nursing home that previously had no cases. That infection, officials concluded, most likely originated with workers who went between units.

Among other problems inspectors saw over the course of numerous visits: A unit for residents with mental health and behavioral problems had no staff on hand, “leaving residents at risk for serious injury or harm.”

The federal government stepped in April 28, warning Foster Creek that the home would lose its Medicare agreement if it didn’t improve by May 17.

Even that warning, it appears, had little impact. Last Friday, the Department of Human Services learned that staff members who were likely infected had come to the nursing home and were on the grounds, according to the state’s report. They were not working.

The state ultimately cited Foster Creek for five violations of its regulations, including failing to meet staffing minimums and failing to prevent the spread of coronavirus infections.

The result, the state wrote, is “a persistent source and spread of COVID-19 in a facility with extremely vulnerable residents, and in the community at large.”

Foster Creek has 90 days to object to the order and its findings.

This story was originally published by The Oregonian/OregonLive but was posted here through an agreement with more than a dozen Oregon media outlets sharing coronavirus coverage.