State Hospital Oversight Board Missing More Than Half Its Members

Despite the U.S. Justice Department investigation into Oregon’s mental health system, Gov. Kitzhaber has let a board go unfilled that’s meant to ensure patient safety and care at the state mental hospital. Advisory board members report long lines to get appointed and mishandled applications.
By:
Christopher David Gray 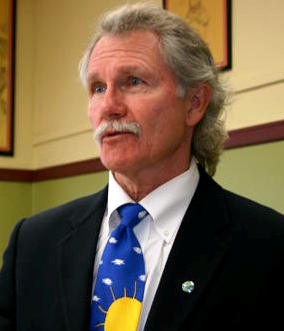 An oversight board tasked with ensuring transparency and accountability at the Oregon State Hospital has been running on empty, with 55 percent of its voting positions vacant.

The Oregon State Hospital Advisory Board is meant to have 16 members -- 11 voting members and 5 non-voting, or ex-officio, members, which includes Senate President Peter Courtney, D-Salem and Rep. Carolyn Tomei, D-Milwaukie.

But the board has only 5 of its 11 voting positions filled. Critically, there are no consumers -- former hospital patients -- serving on the board to give their perspective on conditions at the hospital.

“There are no patient advocates on the advisory board, so the patient voice, in an advisory board whose sole charge is to work on safety and patient care of state hospital patients -- there is no patient voice, either a current patient or one out in the community,” board member Shannon Pullen told the Senate Health Committee last week. “We’ve been especially frustrated that in the past few years, that when people apply to be on the state hospital advisory board, it can take months and months if not a year to get a placement.”

The board is operating at greatly reduced capacity despite a series of legal troubles for Oregon and its treatment of people with mental illness. The threat of federal lawsuits from the Department of Justice during the Bush era forced the state to close its rundown state mental hospital in Salem and open a new modern facility next door in 2010.

That same year, current Attorney General Eric Holder opened an investigation into Oregon’s delivery of mental health services, questioning whether the state was relying too much on state institutions when community settings would be more appropriate for a high number of patients.

Among its voting members, the advisory board also has only one mental health professional -- Yamhill County Health and Human Services Director Silas Halloran-Steiner. There are supposed to be three.

Pullen, a Portland resident, has a brother who is a patient at the state hospital. “As someone who’s had a lot of skin in the game, who’s been in it as a family member, I really want to feel that the state still continues to see that this advisory board is important,” she said.

Gov. John Kitzhaber’s office would not elaborate in great detail on why this board has been neglected or when it will be restaffed. His spokeswoman Melissa Navas said only that the governor appoints more than 3,000 people to more than 300 boards and he continues to look for qualified appointees. The Oregon Senate also must confirm his appointees, and they will not meet again until autumn.

Navas added that the advisory board positions call for people with specific experiences with mental illness and the state hospital. She said members can stay on after their terms expire and vacancies do not count against a quorum, so the board is able to approve business with less than half of its positions filled.

Other boards, such as the Public Employee Benefit Board, have not suffered for lack of appointments. Deputy administrator Kathy Loretz told The Lund Report that she could not remember when one of their spots went unfilled for more than two months and PEBB currently has no vacancies.

One of the openings on the board is for someone who simply lives near the state hospital, which may be important to soothe relations between neighbors of the new mental hospital getting built in Lane County. “We want to have neighborhood representation with the Junction City hospital,” said Child, the former director of Mental Health America of Oregon.

Image for this story by Orna Izakson (DrKitzhaber1.jpg) [Public domain], via Wikimedia Commons.