The Department of Human Services may come up short on the budget initially proposed last year, but the reduction in the senior medical tax could free up funds to help many of the state’s most vulnerable senior citizens.
By:
Christopher David Gray 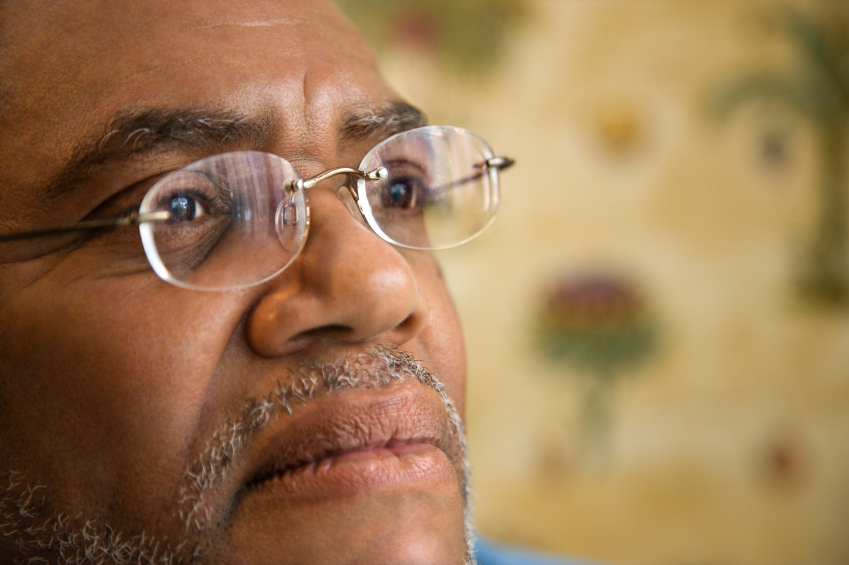 Potential cuts to the budgets of the Department of Human Services and the Oregon Health Authority have social welfare advocates anxiously anticipating the legislative session, while advocates for senior citizens are lobbying lawmakers to make $26 million in investments after changes were made to the senior medical tax deduction in October.

At the end of last year’s session in July, the state agencies passed robust budgets, but with the caveat from legislators such as Sen. Alan Bates, D-Medford, that the agencies hold back 2 percent of their funding until this year, when the state would have a better estimate of economic conditions in the second half of the 2013-15 biennium.

The state’s economy has improved in the past year, but that good news will likely cause the state budget to run up against Oregon’s quirky kicker law -- which returns a portion of the revenues that exceed state economic forecast to individual taxpayers.

“A lot of really critical programs could lose a lot of money,” said Doug Riggs, a contract lobbyist for Care Oregon and the Oregon Primary Care Association.

Earlier this month, DHS Director Erinn Kelley-Siel presented legislators with a total funding gap of $101 million -- including $46 million that had been held back by the Legislature, $7.8 million from federal sequestration cuts and the rest from increased labor costs after the collective bargaining agreements were settled.

“We’re not asking for an extra $100 million,” Kelley-Siel said. “We have some work to do to get to a balanced budget.”

The hold back money amounts to $14 million for senior services and $11 million in cuts to services for the disabled.

“There will be a little food fight over this before we’re through, I’m sure,” Bates told Kelley-Siel. “I don’t want to see us cutting programs because we didn’t set aside enough money. We’ll be in this fight with you.”

The hold back put less stress on the Oregon Health Authority budget, amounting to $35 million. The health authority had a number of savings thanks to the Affordable Care Act, including greater than expected Medicaid enrollees amounted to more federal money coming into the state. Oregon also won a $24 million bonus from the high number of children it enrolled, which may be able to offset much of the difference.

The legislative budget chairman, Sen. Richard Devlin, D-Tualatin, said that it would be very difficult to restore the 2 percent to either agency’s budget, and he expected after the state burned through $40 million fighting fires that the Legislature may only be able to give back a quarter of the money being held in reserve.

“The rebalance of the budgets for the Department of Human Services and also the Oregon Health Authority will be major subjects of the February session,” Devlin said. “If we were to give the entire 2 percent back now, we could have a dangerously low ending fund.”

Given the unpredictability, Rep. Dennis Richardson, R-Central Point, asked that the Legislature grant them even less money: “It’s a very risky thing to give anything back, in my opinion,” he said.”

But other than the 2 percent hold back, DHS should be able to make up much of the $100 million gap that represents increased labor costs. Rep. Peter Buckley, D-Ashland, said other parts of the overall budget had set aside costs for collective bargaining.

While some social service programs could hit a snag, services for senior citizens could still see a boost in funding thanks to an October change to the state income tax code.

In the fall special session, legislators voted to scale back a tax deduction that allowed people over 62 to write off household medical expenses from their state income taxes. The tax break overwhelmingly favored wealthy households and its cost to the state was growing exponentially, said Dale Penn of the Oregon Health Care Association.

Penn’s organization is spearheading the Campaign for Oregon’s Seniors and People with Disabilities, which has a list of $24 million in spending priorities for the Legislature to approve.

If the senior medical tax deduction as configured was not the best state policy, the state had many programs where the state could use the money for seniors more effectively, Penn said.

“We’ve talked to leadership on both sides,” Penn told The Lund Report. “They’re very supportive of [the list], but we have to wait and see what happens in February.”

The list includes $3 million for Oregon Project Independence, a popular bipartisan program that pays for caregivers and allows middle-class seniors to stay in their homes.

Penn said Oregon Project Independence is frequently on the chopping block because it leans heavily on state general funds and supports seniors who do not qualify for federal assistance like Medicaid.

The campaign asks that the state spend $3.75 million for the Area Agencies on Aging to offset federal austerity cuts caused by sequestration, including $1.25 million for nutritional programs and evidence-based health promotion and disease programs.

Two other big budget items are $3.5 million in senior mental health and $3.3 million in caregiver training. Taken together, these two items could help geriatric patients leave the Oregon State Hospital and find homes in their own communities.

Jon Bartholomew, the public policy director of the Alzheimer’s Association, Oregon Chapter, said the increased funding for programs like caregiver training and $925,000 to set up a public guardianship program were among his organization’s top legislative priorities this session as well.

Sen. Michael Dembrow, D-Portland, has reintroduced Senate Bill 1553, which would set up a public guardianship program for indigent seniors within the Office of the Long-term Care Ombudsman. Some elderly patients with Alzheimer’s end up at the state mental hospital by default for lack of anyone to make important care decisions for them. A similar bill passed last session but was moot for lack of funding.

“Now that we have this $26 million, we can actually do something with it,” Bartholomew said of the program envisioned in Dembrow’s bill.