The former chief administrator for St. Charles Health System, Kirk Schueler, served on the site selection committee and university board that approved the purchase, but says he recused himself from any decision regarding the sale of the property, which sits next to two abandoned industrial sites on the west side of Bend.
By:
Christopher David Gray 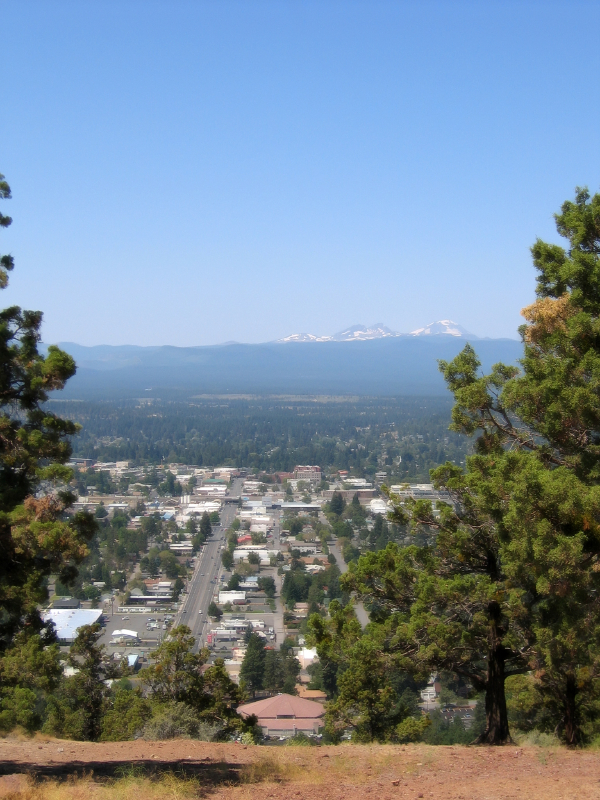 A group of investors including St. Charles Health System made $3 million profit selling a 10-acre property on the west side of Bend, to be used by the new Oregon State University -- Cascades Campus.

The former administrator of St. Charles, Kirk Schueler, had been a member of both the site selection committee for the Bend campus and the board of the Oregon University System which ultimately approved the site last fall. But Schueler says he resigned from the committee once they began considering the medical group’s parcel, and recused himself from the vote in his role on the university board.

The windfall went to the hospital and physicians, according to Schueler, who said he made no money on the deal. He left St. Charles in January to start a new real estate development business in Bend.

The doctor’s group had previously purchased the 10-acre parcel for $2 million in 2002 from Schueler’s former real estate business, Brooks Resources. The orthopedic docs had intended the plot for use as a clinic, but after partnering with St. Charles to build a clinic next to the hospital in 2005, they gave up developing the property. They held it through the recession waiting for a profitable sell, and sold it to OSU for about $5 million, according to Deschutes County real estate records.

The 10 acres are adjacent to a 46-acre abandoned pumice mine that the university plans to incorporate into the campus, and just south of a demolition landfill that has been designated a federal brownfield, largely due to highly volatile wood products and tires that may be burning underground.

The pumice mine is rife with sinkholes and an early estimate put the cost of making it safe for students at $4 million to $7 million. Deschutes County owns the old landfill and is currently conducting an environmental study of the site to determine the cost and nature of the cleanup. If that 80-acre brownfield is abated, Oregon State could expand onto part or all of that plot.

Tom Anderson, the Deschutes County administrator, told The Lund Report that the county is ineligible for federal money to clean up the site and the county is responsible for its environmental hazards. “We were the cause so we don’t qualify,” he said.

Just to study the cleanup cost the county $40,000, but Anderson said the landfill is not uniform and some of it, such as construction rubble, will be easier to remove than waste dumped their from old sawmills.

Despite the problematic location, Schueler said the physician’s property holding company had an offer to buy its 10 acres from a discount retailer in 2011. The doctors’ ultimately decided that offer was too low and held out for the better deal from Oregon State.

The university chose the site over undeveloped property on the north and east sides of Bend, as well the campus of Central Oregon Community College in northwest Bend, where it maintains a satellite campus.

Oregon State -- Cascades spokeswoman Christine Coffin said they liked the site because it’s only a half-mile walk from an existing graduate and research center. It’s also an attractive location for potential students, near lively downtown Bend.

Brooks Resources had gotten the 10-acre site ready with curb cuts and access to utilities, but otherwise the plot lies in its natural state with a grove of ponderosa pines.

The university has released three potential designs for the campus, which would include the 46-acre pumice mine in various stages of rehabilitation. “We haven’t determined how much of the site we’re planning to fill,” said Coffin, adding that the university is also ordering more extensive geotechnical analysis of the pumice mine before they agree to buy its 46 acres.

She said part of the attraction of the area was that the mitigation involved might be cost prohibitive to private buyers, depressing real estate values. Even if Oregon State ultimately decides the pumice mine is too expensive to develop, Coffin said the university will still want to develop the 10-acre site.