Specialists In Showdown Over Eye Surgeries 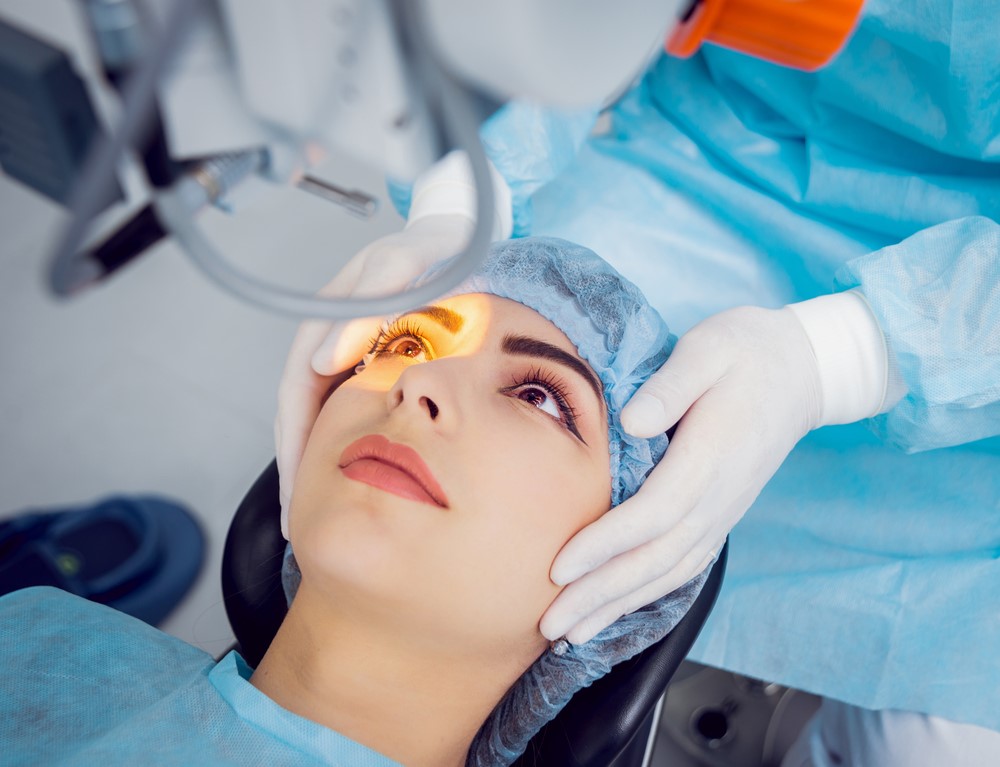 Oregon’s eye care industry is divided over a bill that would expand the work of optometrists.

The bill would allow the Oregon Board of Optometry to expand the scope of practice for optometrists so they could use lasers and ultrasound technology to perform ophthalmic procedures. Currently, they cannot do these -- or any other -- surgeries, but can treat glaucoma with medication and refer patients to ophthalmologists when they need treatment outside their scope of practice.

Optometrists say the expansion would reflect the training they now receive and advancements in the field.

The bill is narrow. It would still prevent optometrists from doing retinal surgeries and other complex procedures like cornea removals.

Many consumers may be unfamiliar with the difference between an optometrist and an ophthalmologist. But in the eye care industry, there are crucial distinctions. Optometrists specialize in eye health and diagnose and treat eye diseases, injuries and disorders. They receive a doctor of optometry degree after four years in a school of optometry, which comes after four years of undergraduate study in college. They are licensed by the Oregon Board of Optometry, and there are about 822 in the state.

Ophthalmologists are medical doctors who treat eye diseases and perform eye surgeries. They are licensed by the Oregon Medical Board and have advanced medical training, including four years of medical school, a one-year internship and a three-year residency, on top of four years of undergraduate study. There are more than 200 ophthalmologists in Oregon.  Both professions can prescribe eyeglasses and contact lenses.

Dr. Nicole Rush, an optometrist in the coastal community of Bandon and president of the Oregon Optometric Physicians Association, told lawmakers that the bill would allow optometrists to practice to the top of their education. The trade group asked lawmakers to consider the bill.

Lawmakers in the House Health Care Committee heard testimony on the bill last Thursday and the week before, but have not taken action.

The bill would let optometrists perform a laser procedure that removes the cloudy capsule that can develop behind a lens implant after cataract surgery, Rush said in submitted testimony.

Under the bill, optometrists also could use a laser to lower the eye pressure in glaucoma patients, which becomes necessary if they are not responding to eye drops or are allergic to the drops.

“Currently, optometric physicians are performing the pre- and post-operative care for the patients having these procedures done,” Rush told lawmakers. “So, we most certainly understand the potential complications of these surgical procedures and are able to competently manage these complications, should they arise. We do that now.”

Rush said the bill also would help elderly Oregonians in rural areas access care more easily, as some rural communities are up to 90 miles away from an ophthalmologist practice.

However, the Oregon Academy of  Ophthalmology, which represents nearly 200 ophthalmologists, weighed in with serious concerns, saying the bill would override safeguards intended to protect patients.

“House Bill 2541 needlessly puts Oregonians’ eye safety and vision at risk by allowing practitioners who aren’t medically trained surgeons to perform surgery and other delicate procedures on, in and around the eye,” said Dr. Julie Falardeau, president of the Oregon Academy of Ophthalmology, in a statement. “I work closely with optometrists – they are valued members of our provider teams, and we need them. However, to suggest that traditional medical and surgical training is no longer necessary to safely perform eye surgery is dangerously misleading.”

Falardeau added that the procedures require appropriate training to determine which patients should have the surgery and how it should be done, and to manage complications.

“Eye tissue is extremely delicate,” the group said in its testimony. “Once (the eye) is damaged, it is often impossible to fix. Among surgeons, eye surgery is considered one of the most difficult and delicate surgeries that are performed. Despite this, optometrists are seeking a carveout exception for certain laser and scalpel procedures, based on the incorrect idea that these procedures are generally/inherently low risk.”
For the academy, one bone of contention is the bill’s language that would allow the Board of Optometry to determine if an optometrist’s training and experience is sufficient to do procedures. That board, unlike the medical board, has no experience to make that call, the group said.

Dr. J. Kevin McKinney, an ophthalmologist in Oregon City, said in testimony that the bill would allow optometrists to perform procedures not yet invented.

Currently, optometrists can diagnose and treat simple and uncomplicated cases of glaucoma, McKinney said, and make referrals to an ophthalmologist if the patient is unresponsive to medications or develops a secondary glaucoma. McKinney called that a “patient safety measure” that should not be relaxed.

“Formal optometric training and weekend surgical courses simply do not provide the depth of experience and the degree of expert supervision needed to safely perform surgery,” McKinney wrote to lawmakers.

However, Rush and other optometrists defend the measure. It’s necessary to have the optometry board determine procedures so that patients don’t have to wait for each legislative session for lawmakers to decide, they said.

“Optometry students are being taught new procedures each year, but we must come back to the legislature each time to ask for permission to do these things, wasting taxpayer’s time and money,” Rush wrote in testimony. “With a 6-month lag between legislative sessions, this is not timely in meeting the needs of our patients, nor is it productive to have to bother the legislature with these issues. That is why we have a regulatory board.”

Dr. Doug Walker, an optometrist in Brookings and board member of the Oregon Board of Optometry, told lawmakers that affordability and access are at stake, noting his community is 100 miles away from the closest Oregon eye surgeons. He said he was speaking for himself, not the board.

As the baby boomer generation continues to age, that population will need access to eye care nearby, optometrists say.

Walker said optometrists in Oregon have a good record: the state board has only had one case in the last three years that found “gross ignorance or inefficiency” and one other case due to untimely release of patient records. Most cases are closed without a finding of provider error or discipline, he said.

However, other states, including Vermont and Idaho, have rejected proposals to expand the scope of practice, according to the Oregon Academy of Ophthalmology.

Feb 20 2021
News source:
The Lund Report
Keywords:
optometristsm ophthalmologists, House Bill 2541, legislature
×
This article is for premium subscribers. If you are one, please sign in below.
You can see two more premium stories for free. To subscribe, click here. We depend on premium subscriptions to survive, and they are tax deductible.
Sign InGo Premium Not now