The increased rates are closer to what providers in the rest of Washington are paid, and are expected to create a stronger workforce
By:
Amanda Waldroupe 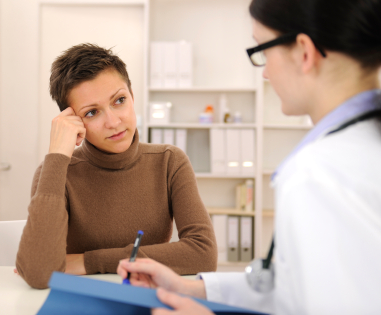 September 6, 2013—The Southwest Washington Behavioral Health’s governing board has substantially increased the reimbursement rates for mental healthcare providers, bringing them closer to the market rate.

Southwest Washington Behavioral Health is a coalition of the mental health and substance abuse treatment providers in Clark, Cowlitz and Skamania counties, as well as the health departments and non-profit providers. It was created last fall to deliver more efficient care to Medicaid patients.

It intends to invest approximately $21.6 million out of its $22.5 million budget for the rate increases, using the remaining funds to provide additional services or pay deficits.

Dale Jarvis, the principal consultant of Dale Jarvis and Associates, who developed the recommendations, said, “The rates reflect the cost of doing business. The result…will create a strong system for all the communities.”

The new rates also create a fee structure that’s the same in the three counties and is retroactive to July. They reimburse:

Some of the rates seem to have “sticker shock,” Jarvis noted, and reflect a clinician’s yearly salary regardless of the number of patient hours, along with administrative and paper work, and clinic duties.

Jarvis found that the salaries of primary care physicians—including psychiatrists, doctors, social workers, and other health providers with a Bachelor’s level of education—were 16.1 percent below market rate, while their benefit packages were 9.2 percent below, and their infrastructure and overhead costs, including administrative expenses, were 29.1 percent below market value.

In general, he said, it’s a reflection of how mental health and addictions services are poorly funded. “The system got itself into a hole. Most mental health providers have been stuck in this box for decades.”

The new rates adopted by the board close that penetration gap by approximately 85 percent.

There’s also a service gap between how many patients receive care and those who go without. Jarvis indicated that another 1,200 patients need services, which would require providers to work another 12,000 hours.

State regulatory requirements and the subsequent paperwork contribute to that problem, he said. “It’s not overstating it that it’s out of control. There absolutely needs to be a paperwork reduction act.

Providers in Skamania County, the smallest county in the coalition, which also has the fewest Medicaid members, are now being paid using a cost-based reimbursement system.

In the next three years, the other counties will transition from the fee-for-service reimbursement system.

“This idea of paying for volume without any measure and accountability for quality is at the heart of why we’re spending so much money on healthcare,” he said. “We have to move to a payment model that really pays for outcomes, quality, and helps people get better.”