A bipartisan bill introduced by Rep. Jules Bailey and Rep. Greg Smith would regulate pharmacy benefit managers, which local pharmacists say are driving them out of business
By:
Christopher David Gray

March 27, 2013 — Central Drugs Pharmacy has been open for 110 years in downtown Portland, and it specializes in dispensing drugs for those who suffer from HIV.

But owner Shelley Bailey told two legislative committees that if abusive business practices by pharmacy benefit managers are not curtailed, she may have to close its doors. She said that pharmacists have been struggling with reimbursements that are completely unpredictable and punitive audits that are often unfounded.

“You sign the contract and hope, you hope you’re going to get paid enough to stay open,” said Chris Brown of PayLess Drugs, a West Coast long-term care pharmacy chain with locations in Portland and Eugene..

Bailey said she was paid $8.60 by a PBM in December to dispense a generic prescription, but in January, she got less than one-fifth that price from a different PBM. 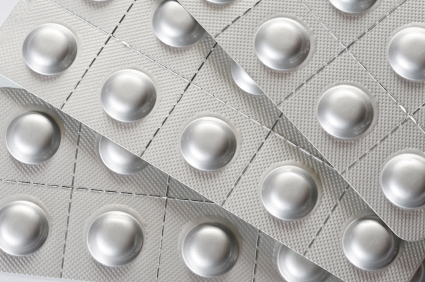 A pharmacy benefit manager, or PBM, is an intermediary company that stands between insurers and pharmacies and manages prescription drug plans.

Just two companies — Express Scripts and CVS Caremark — control three-quarters of the prescription drug market, towering over little pharmacies like Central Drugs and even large chains like Walgreens that have no choice but to accept their terms with little protection under current law.

Express Scripts, the largest of the pharmacy benefit managers, has 30,000 employees and reported $46 billion in revenue in 2011, with $1.3 billion in profit, and those dollars represent earnings before the PBM merged last year with Medco Health Solutions — an even larger company, with $79 billion in revenue in 2011 and $1.5 billion in profit. Express Scripts’ chief executive officer, George Paz, was the sixth-highest paid CEO in the country last year, with a salary of $51.5 million, according to Forbes.

“I don’t believe in businesses putting their thumb on the scale,” Brown said. “Last year, Walgreens dropped out of Express Scripts. They lasted six months. They came back…If Walgreens, the nation’s largest pharmacy chain, can’t negotiate effectively with a PBM like Express Scripts how can you realistically expect community pharmacists and pharmacies? All we want is disclosure.”

Generic drugs account for 75 to 80 percent of all drugs that are dispensed in Oregon. Bailey purchases generic prescription drugs off a commodities market that varies wildly, and said PBMs decide how much they will reimburse pharmacies according to a secret averaging formula known as a Maximum Allowable Cost.

The PBMs use an averaging formula because generic drugs have multiple vendors, each with its own price. But pharmacists don’t know the formula and their reimbursement rate might lag well behind the commodity price of the drugs.

Unlike other states, neither the insurers nor the pharmacists have knowledge of the pricing formula in Oregon, and pharmacists do not know what they’ll be paid until after the drugs are dispensed.

“We only know after we’ve dispensed the prescriptions how much we have lost,” said Anne Murray of Murray Drugs in Heppner, the only pharmacy in 5,000 square miles of Eastern Oregon.

A house health task force headed by Rep. Jules Bailey, D-Portland, and Rep. Greg Smith, R-Heppner, produced House Bill 2123, which would help local pharmacies by bringing PBMs under the regulation of the Oregon Board of Pharmacy, rein in frivolous audits and offer transparency in generic prescription drug prices. Ground rules would be stipulated before audits could be conducted, the number of claims would be capped at 200, and PBMs could not recoup their costs for clerical errors.

“PBM companies are an important entity in our healthcare system … [but] they’ve really come down hard and abused pharmacies,” said Rep. Bailey, who is not related to Shelley Bailey.

The PBMs, along with some insurers, are fighting the legislation, saying it will lead to higher prices for consumers and potential anti-trust implications.

Realizing their concerns, Rep. Bailey said he had invited PBMs to be part of the legislation, but “PBM companies chose to walk away from the table.”

He said the legislation offers some consistency in how pharmacy benefit managers can operate and brings their regulation more in line with what dozens of other states are already doing. It is nearly identical to a bill that recently passed in North Dakota.

“Oregon is really the outlier. They like to say that Oregon likes to be first or last,” Rep. Bailey said. “We’re bringing up the rear.”

“I live in remote and frontier Oregon,” Smith said. “We need good, viable access to healthcare. It’s so important to step up and support our rural pharmacies. I feel that the PBMs are squeezing out our small pharmacies.”

At a Senate Health Committee earlier this month, representatives from Express Scripts and CVS Caremark said they each have about 100 million customers. Since 49 million of the 316 million Americans have no health insurance — those two companies alone have a market share that controls 75 percent of the prescription drug plans for the remaining 267 million.

With that kind of leverage, Shelley Bailey and other pharmacists told legislators that PBMs have been able to act aggressively against local pharmacies, not only paying them unpredictably but hitting them with frivolous audits over clerical errors that did not affect finances.

“We were audited for $48,000 by one of the PBMs in this room because they claimed one of our pharmacists had not signed the prescriptions,” she told the House Health Committee. “We won that audit, but it took me over 200 hours to fight the PBM just to keep the money we had been paid for the drugs we sold.”

Lobbyists from the PBMs argued against every aspect of HB 2132. Peter Harty of CVS Caremark told legislators that pharmacy board regulation invited anti-trust concerns since they’d be regulated by the pharmacists they do business with, charges that drew disdain from Rep. Jason Conger of Bend:

Harty’s compatriot at CVS Caremark, Eric Douglas, told the Senate Health Committee that publishing a printed list of all the prescription drug prices would require reams of paper, which Amy Bricker of Express Scripts said would be outdated as soon as it was printed.

Bricker argued that the maximum-allowable cost pricing mechanism allows Express Scripts to pass along savings in prescription drugs to consumers, but customers do not see lower co-pays. The global payment that Express Scripts accepts from insurers also does not line-item individual drugs.

“MAC transparency will not lead to elevated charges for insurers or payers,” Shelley Bailey said.

On the auditing issues, Cindy Laubacher of Express Scripts told the House Health Committee that restricting their freedom to administer audits similar to what occurred against Central Drugs was a way of inviting fraud.

“The bill is filled with impediments to even determining if fraud exists,” said Laubacher. “Audits are about recouping overpayments.”

“With 30,000 employees, that’s a lot of resources to conduct audits,” he said. “But we just heard testimony from a small business owner who spent 200 hours dealing with an audit that produced nothing. I understand the need to conduct audits, but I have to admit that sounds pretty abusive.”

A fourth measure in the bill would have required PBMs to give the same discounts that customers receive from mail-order pharmacies for long-term prescriptions, many of which are owned by the PBMs who have a financial incentive to use them.

Rep. Bailey’s office said that section of the bill was removed from HB 2123 since it’s already included in Senate Bill 363.

“The Senate bill basically is meant to preserve the choice of the patient to select their pharmacy,” said Michael Millard of the Oregon State Pharmacy Coalition. This requirement is a part of PBM laws in New York and Pennsylvania, but not the North Dakota bill that served as the blueprint for HB 2123.

Laubacher told the Senate committee that mail-order services are not only less expensive than brick-and-mortar pharmacies, but they’re a better alternative for people with chronic care needs – many of whom have limited transportation.

“Requiring that there be no incentive to choose mail order will have our clients end up paying more,” said Lisa Trussell of HealthNet Health Plan.

The Fate of The Legislation

Sen. Alan Bates, D-Medford, the sponsor of SB 363 told The Lund Report he was unsure if the bill would actually leave the Health Committee, but he wanted it to have a hearing.

Bates, a doctor in Medford, said he was concerned about PBMs automatically enrolling patients in mail-order pharmacies and continuing to ship them medications long after they stop using the drugs.

“There’s nobody between the patient and pharmacy to look out for errors, and my local pharmacist does that,” Bates said. “I don’t see a huge savings for mail-order pharmacies.”

Bates had a second measure, Senate Bill 402, that will likely die as it is redundant with HB 2123.

HB 2123 is expected to pass the House Health Committee but Bailey’s legislative aide, Megan Beyer, said the final version is still being amended and will likely reappear before the committee in April for a vote.