Last-minute Senate amendments to HB 2466 will allow Oregon to delay the expansion of the small group market if allowed by the federal government and let insurance companies continue to sell old health plans to employers with 50 to 100 employees. Health Republic CEO Dawn Bonder warned HB 2466 will result in increased rates in 2016 for all small employers. Those who want the old plans will be at the mercy of their insurance company while rates on the existing small group market will be jacked up by a riskier health pool caused by the loss of a healthier workforce to those old plans.
By:
Chris Gray 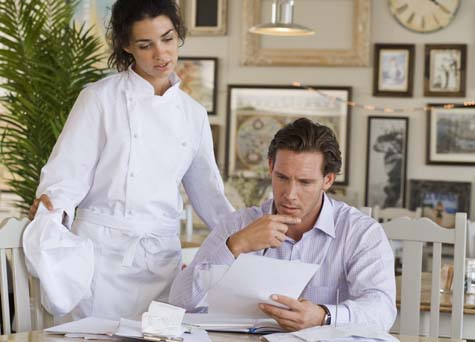 Oregon’s health co-operatives raised alarms about a last-minute bill from the Insurance Division that they contend will stack the deck in favor of the big insurance companies by allowing them wide berth to offer employers old, pre-Obamacare health plans until October 2016, even as most employers will be shoehorned into the small group market come January.

The heavily amended House Bill 2466 was snuck through the Senate Health Committee after business hours Monday, immediately following a contentious public hearing that pitted a coalition of consumer groups, insurance brokers and the health co-operatives against big business groups, the large health insurers and the Oregon Insurance Division.

HB 2466 passed the committee unanimously, and even longtime health insurance industry critic Sen. Chip Shields, D-Portland, begrudgingly supported the bill, putting his faith in Insurance Commissioner Laura Cali not to further extend these old plans. Because of the way they are designed, these plans give insurers the leeway to discriminate against employers that have a preponderance of women and less healthy employees, and are not required to include the essential health benefits outlined by the Affordable Care Act, such as prescription drugs.

The health insurance plans in question only apply to employers with 50 to 100 employees. This is a special class of employers who are expected to be rolled into the small group market in January 2016. The increase in the small group market, where rates are set across all employers, is designed to provide greater stability to the risk pool and offer transparency and government oversight almost non-existent today for these groups.

Cali’s legislation lets these employers stay with their old, large-group health plans through October 2016 -- which she said was the same deadline already given to the existing small group market. In addition, another amendment to HB 2466 allows Oregon to delay its expansion of the small-group market beyond next year if the federal government agrees -- something the health insurance industry has been pressuring President Obama and Congress to do.

Cali said that while most individuals have now switched onto the new, ACA-quality plans, most employer plans have stuck with the older ones. She argued that forcing them to adopt the ACA plans next year would cause employers with a healthy population to see much higher rates, particularly without a functioning small business exchange known as SHOP.

The increase of the community risk pool for the small group market was always going to create winners and losers among employers as all of these employers would then be required to choose among the publicly available health plans. Healthy groups would pay more and sicker groups would pay less. But HB 2466 gives large insurers like Regence BlueCross BlueShield the ability to pick winners and losers during the first year of the expansion, holding onto its most lucrative clientele while unloading the rest.

HB 2466 would make winners of employers with lots of young, healthy men. Those who opt for the regular small group market, i.e., employers with a surfeit of women, older people or sicker employees, will end up on the losing end. By taking out the healthier employer groups from the open market, HB 2466 creates a riskier pool, composed of only those employer groups that the insurers don’t want.

“This will cause the newly expanded small group segment to absorb only the high risk groups with the lower risk groups staying with their current carrier in a transitional plan in the large group market,” said Dawn Bonder, the CEO of Health Republic Insurance Company, a health cooperative. “Allowing groups to keep these plans artificially skews the entire small group market to be riskier, and therefore more expensive than it might otherwise be.”

Under its legislation, the Insurance Division would be given power of prior approval of the rates of these old plans, but unlike the individual and existing small group plans, the plans offered to large employers are not comparable from one to the next, and Bonder said this would make it much more difficult for the government to discern what’s fair. Given that these plans are tailor-made for each company, the number of plans that the Insurance Division would have to review could be enormous.

Health Republic and Oregon’s Health CO-OP, which have never offered these pre-Obamacare plans, would lose out on the less risky employee groups, and be stuck competing for those groups that are riskier to insure. They joined Zoom+, another recent entry to the Oregon insurance market, in opposition. Under this legislation, Zoom+ would not have the luxury of offering the old plans to young healthy groups.

“I would like to see all the transitional plans go away, and let the free market work,” said Michael Stratton, an insurance agent from Pendleton. “I’m not here to knock insurance carriers, but their folks’ primary goal is to maximize profit and minimize risk.”

In the individual market, previously insured individuals, particularly healthier people, can stay with their old, less robust plans, taking them out of the general market. The individual market is seeing record-shattering proposed rate increases for next year. Stratton predicted a similar outcome for the small business market with HB 2466.

Bonder argued that HB 2466 would cause rate increases for all small businesses. If the state moves forward with the expansion of the small group market in January, the only large group plans these employers could purchase would be their existing plans. Insurers would then maneuver to raise the rates on these plans to just under the level offered on the small group market.

Cali said that extending the old plans would help avoid a situation where employers with healthier employees drop out of the insurance market and opt for self-insured plans, where  employers pay health claims from a reserve fund  -- echoing the position of Tom Holt, lobbyist with Regence BlueCross BlueShield.

But Bonder criticized this point as well, noting that self-insurance would not be in the interest of most small employers because a few bad health outcomes could wipe out their reserves, and sooner or later the insurance market would have to face some employers leaving to become self-insured. “The fear of self-insurance does not go away. It just kicks the can down the road.”

Jesse O’Brien, the health policy expert at the Oregon State Public Interest Research Group, is more worried about the continuation of the old plans than about small employers ditching the market to become self-insured.

“Self-insurance doesn’t really work well for 75 or 60 or 65 people,” said Doug Riggs, lobbyist for Oregon’s Health CO-OP, who noted that in addition to the greater risk, paying a third-party administrator to manage these plans would also be more expensive for smaller companies than large corporations.

Health insurers have traditionally set their rates for the 50- to 100-employee group based on medical underwriting, which means wildly different rates depending on the age, gender and the health of the employees.

These employers are essentially stuck between a rock and a hard place and exist at the mercy of the insurance industry to offer them a fair rate. They lack both the protections of the Oregon Insurance Division, which reviews and approves rates, and the nimbleness and market share of larger employers to demand a fair plan.

While larger employers can lean on the guidance of actuaries and insurance brokers, Stratton said that employers with fewer than 100 employees, are not privy to detailed actuarial claims of their employees because they might be identifiable, in violation of federal privacy laws.

Jun 2 2015
News source:
The Lund Report
Keywords:
seniors, insurance
×
This article is for premium subscribers. If you are one, please sign in below.
You can see two more premium stories for free. To subscribe, click here. We depend on premium subscriptions to survive, and they are tax deductible.
Sign InGo Premium Not now