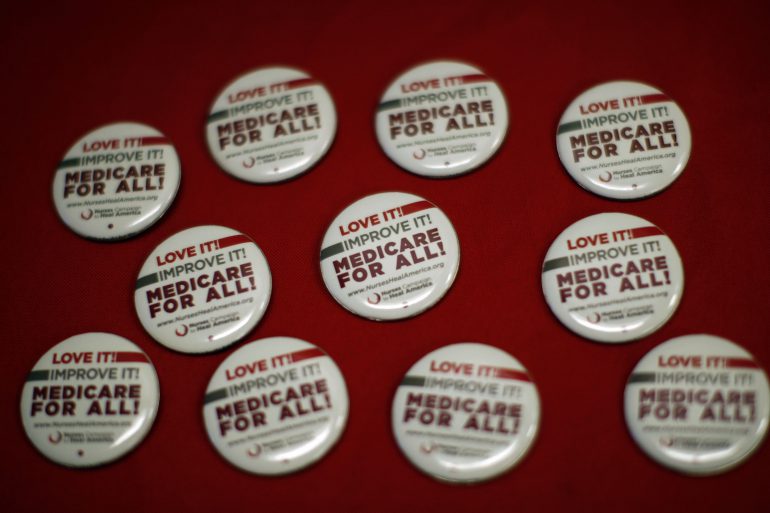 Legislation introduced in the California Senate last week would set the state on a path toward the possible creation of a single-payer health care system ― a proposal that has failed to gain traction here in the past.

The bill, which is a preliminary step, says that it is the “intent of the Legislature” to enact a law that would establish a comprehensive, single-payer health care program for the benefit of everyone in the state. The legislation, introduced by state Sen. Ricardo Lara (D-Bell Gardens), does not offer specifics of what the plan would look like, nor does it mention a timetable.

Medicare, the federally-funded health coverage for the elderly, is often held up as a model of what a single-payer system might look like.

Lara said in an interview late last week that the state needs to be prepared in case the Affordable Care Act is repealed, as President Donald Trump and Congressional Republicans have promised.

“The health of Californians is really at stake here and is at risk with what is being threatened in Congress,” Lara said, as the debate continued in Washington about the future of President Barack Obama’s signature health law. “We don’t have the luxury to wait and see what they are going to do and what the plan is,”

Lara noted that while the Affordable Care Act expanded health coverage for many Californians, it left others uninsured or underinsured. He said the single-payer bill builds upon his “health for all kids” legislation, which resulted in coverage beginning last May for 170,000 immigrant children here illegally.

He recently withdrew a request to the federal government, based on a bill he had introduced, that would have allowed adult immigrants here illegally to purchase unsubsidized health plans through Covered California, the state’s insurance exchange.

According to the text of the Lara’s bill, a single-payer system would help address rising out-of-pocket costs and shrinking networks of doctors.

No state has a single-payer health system. Perhaps the best-known effort to create one was in Vermont, but it failed in 2014 after the state couldn’t figure out how to finance it. Last year, Colorado residents rejected a ballot measure that would have used payroll taxes to fund a near universal coverage system.

In California, voters rejected a ballot initiative in 1994 that would have established a government-run universal health program. Gov. Arnold Schwarzenegger later vetoed two bills that would have accomplished the same goal.

It’s difficult to create consensus on single-payer plans because they dramatically shift how health care is delivered and paid for, said Larry Levitt, a senior vice president at the Kaiser Family Foundation (California Healthline is produced by Kaiser Health News, an editorially-independent program of the foundation.)

“Single-payer plans have lots of appeal in their simplicity and ability to control costs,” Levitt said. “But what I think has always held back a move to single-payer is the disruption they create in financing and delivery of care.”

The problem, Levitt said, is that even if they end up costing less overall, single-payer plans look to the public like a “very big tax increase.”

The California Nurses Association, the primary sponsor of the new bill, is planning a rally in Sacramento this week in support of a single-payer system. Bonnie Castillo, the group’s associate executive director, said the goal is to create a system that doesn’t exclude anyone and helps relieve patients’ financial burdens.

“Patients and their families are suffering as a result of having very high co-pay and premium costs,” she said. “They are having to make gut-wrenching decisions whether they go to the doctor or they stick it out and see if they get better on their own.”

Castillo said that with so much uncertainty at the national level, California has the ability to create a better system. “We think we can get this right,” she said.

Charles Bacchi, president and CEO of the California Association of Health Plans, said he hadn’t yet seen the bill, but the trade group has opposed single-payer proposals in the past.

“It’s hard to tell until you know the details,” Bacchi said. “But past studies have shown [single-payer systems] are incredibly expensive and would be disruptive.”

He said health plans, doctors, hospitals and others are “laser-focused on protecting and enhancing the gains we have made in coverage” under the Affordable Care Act and ensuring that California continues to receive critical funding. “We think that’s where the focus should be,” he said.

One possible concept of a single-payer system in California would be to bring together funding from several sources under one state umbrella: Medi-Cal, which covers the poor; Medicare, the federal program that covers older adults, and private insurance.

Lara said he has not yet figured out the financing, saying that it is still early in the legislative process. But he said that even as California continues to defend the Affordable Care Act, it is time to put forward an alternative.

“I think we’ve reached a tipping point now that we haven’t had before,” he said.