A separate measure, giving state sponsorship of a comprehensive study on universal healthcare financing, makes its way through the Committee on Ways & Means.
By:
Christopher David Gray

May 15, 2013 — Wes Brain was uninsured last winter when a tonsillectomy showed signs of throat cancer. He qualified for the high-risk Oregon Medical Insurance Pool, which the state has administered through Regence BlueCross BlueShield.

But gaining access to that insurance soon proved a big obstacle for the Ashland resident, when Regence erroneously told him he hadn’t submitted his driver’s license. 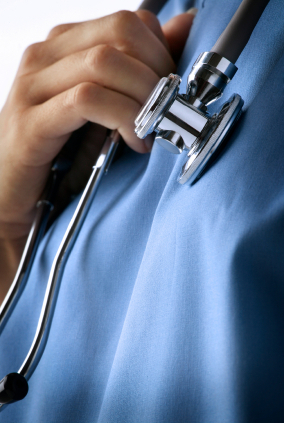 Eventually, his policy was approved. He paid $2400 — three month’s premium. His doctor ordered a PET scan for March 1. But then Regence came back and told him no, he’d have to wait until March 1 to even begin authorization.

His clock was ticking. His throat cancer could be spreading.

He enlisted his local Rep. Peter Buckley, D-Ashland, to help him. He got the state Insurance Division on his case.

They came through. He received his PET scan, and spent four days at Oregon Health & Science University, receiving additional tonsil surgery. “They cut the hell out of me,” said Brain, who's now cancer-free.

“There is no way that Regence should have delayed my care at all,” Brain added. “That’s how they do business. They kill people doing it. Let’s get them the hell out of it, and let’s pass this bill.”

Buckley and 23 other Democrats have signed on to support House Bill 2922, which would throw out the private health insurance industry and set up a single-payer health insurance system administered by the Oregon Health Authority.

Brain and other activists aired their support for a privately delivered, government-sponsored health system that would revolutionize Oregon healthcare and make it similar to health systems in Japan, Europe, Canada and the rest of the developed world.

HB 2922 closely parallels House Bill 3510 from the 2011 session, but at 76 pages, it’s 30 percent longer than the previous measure, repealing newly acted reforms such as Cover Oregon, which offers subsidized private insurance for people with moderate incomes.

No Republicans have yet come on board as supporters, but the single-payer bill has twice as many sponsors this session from Democrats across the state, including rural districts as well as Portland and Eugene. Two of the state's largest unions – the Oregon Nurses Association and the Oregon Education Association – have also thrown their support behind the measure.

Dembrow has also sponsored House Bill 3260, which had a budget hearing on Tuesday. That bill, which passed unanimously earlier this session from the House Health Committee, would solicit $250,000 to $600,000 in private funds to comprehensively study how best to implement universal healthcare in Oregon.

The study will look at several different options, including single-payer, a public option and the basic health plan envisioned for low-income people who wouldn't qualify for Medicaid by the Affordable Care Act.

Chunhuei Chi, a professor at Oregon State University’s College of Public Health and Human Sciences, told The Lund Report the study would aim for transparency, be replicable and available for peer review. The Oregon Health Authority could either choose Oregon State or another entity to conduct the study.

Previously, Health Care for All Oregon, which supports the single-payer bill, had considered asking the Northwest Health Foundation to conduct such a study. But according to Dembrow, a state-sanctioned study would lend more credibility.

Earlier, he told The Lund Report that while he expects single payer the best route to universal healthcare, he believes the underlying bill is written well enough to turn into the best solution for Oregon, and he will support its recommendations.

“This is exactly the way it’s done,” said Sen. Elizabeth Steiner Hayward, D-Portland, who favors doing such a study but has not come out in support of the single-payer option. “I like that you’ve laid out a menu of options, and that it doesn’t make a predetermined decision,” she added, calling the study outcome-based rather than motivated by political ideology.

Alan Journet, a retired professor and dual British-U.S. citizen, pointed out that in Great Britain, socialized medicine is so popular even Conservative icon, former Prime Minister Margaret Thatcher, was a big supporter.

While living in the U.S., he came down with cancer and was given two months to live, absent treatment. “Thanks to insurance, I didn’t have to worry much about the cost of treatment, but I did constantly have to worry about the insurance company approving doctor-recommended treatment,” Journet said.

Journet said he felt lucky — his insurance company approved his treatment, unlike his sister-in-law who fell ill earlier.

Dembrow said his passion for single-payer healthcare started following the birth of his two children. His daughter, who was born in France, received exemplary care, including house calls from physicians for just a small co-payment and a tax taken out of the family paychecks.

His son, on the other hand, was born in Indiana. At the time, insurance companies weren't required to cover infants for the first 30 days of their life. His son had a digestive abnormality called pyloric stenosis that required surgery. A graduate student at the time, Dembrow and his wife had to deplete their savings to pay for the care.

“The contrast of those experiences have committed me to try to do things differently in this country,” Dembrow said.

Dembrow praised the reform efforts of Gov. Kitzhaber to deliver healthcare for the poor through coordinated care organizations and also lauded many of the aspects of the Affordable Care Act, including the expanded Oregon Health Plan and the insurance exchange. Yet, he said these reforms fall far short of an equitable universal healthcare system.

“We’ll continue to have jobs kept temporary or part-time for no good reason other than to keep workers from being eligible for coverage,” he said. “Our system will still rely on private insurance companies who charge high administrative fees, create administrative burdens for doctors and other healthcare professionals, and whose primary interest is their own profits. … At best what we’re going to continue to have an expensive, complicated patchwork system.”